Diphthamide is a modified histidine residue which is uniquely present in archaeal and eukaryotic elongation factor 2 (EF-2), an essential GTPase responsible for catalyzing the coordinated translocation of tRNA and mRNA through the ribosome. In part due to the role of diphthamide in maintaining translational fidelity, it was previously assumed that diphthamide biosynthesis genes (dph) are conserved across all eukaryotes and archaea. Here, comparative analysis of new and existing genomes reveals that some archaea (i.e., members of the Asgard superphylum, Geoarchaea, and Korarchaeota) and eukaryotes (i.e., parabasalids) lack dph. In addition, while EF-2 was thought to exist as a single copy in archaea, many of these dph-lacking archaeal genomes encode a second EF-2 paralog missing key-residues required for diphthamide modification and for normal translocase function, perhaps suggesting functional divergence linked to loss of diphthamide biosynthesis. Interestingly, some Heimdallarchaeota previously suggested to be most closely related to the eukaryotic ancestor maintain dph genes and a single gene encoding canonical EF-2. Our findings reveal that the ability to produce diphthamide, once thought to be a universal feature in archaea and eukaryotes, has been lost multiple times during evolution, and suggest that anticipated compensatory mechanisms evolved independently. 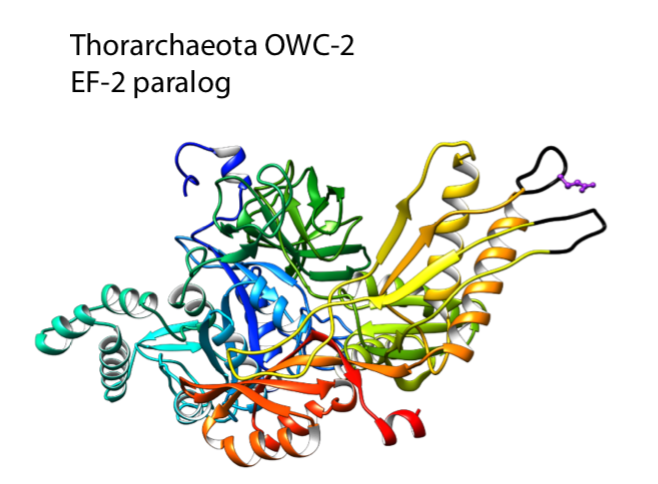 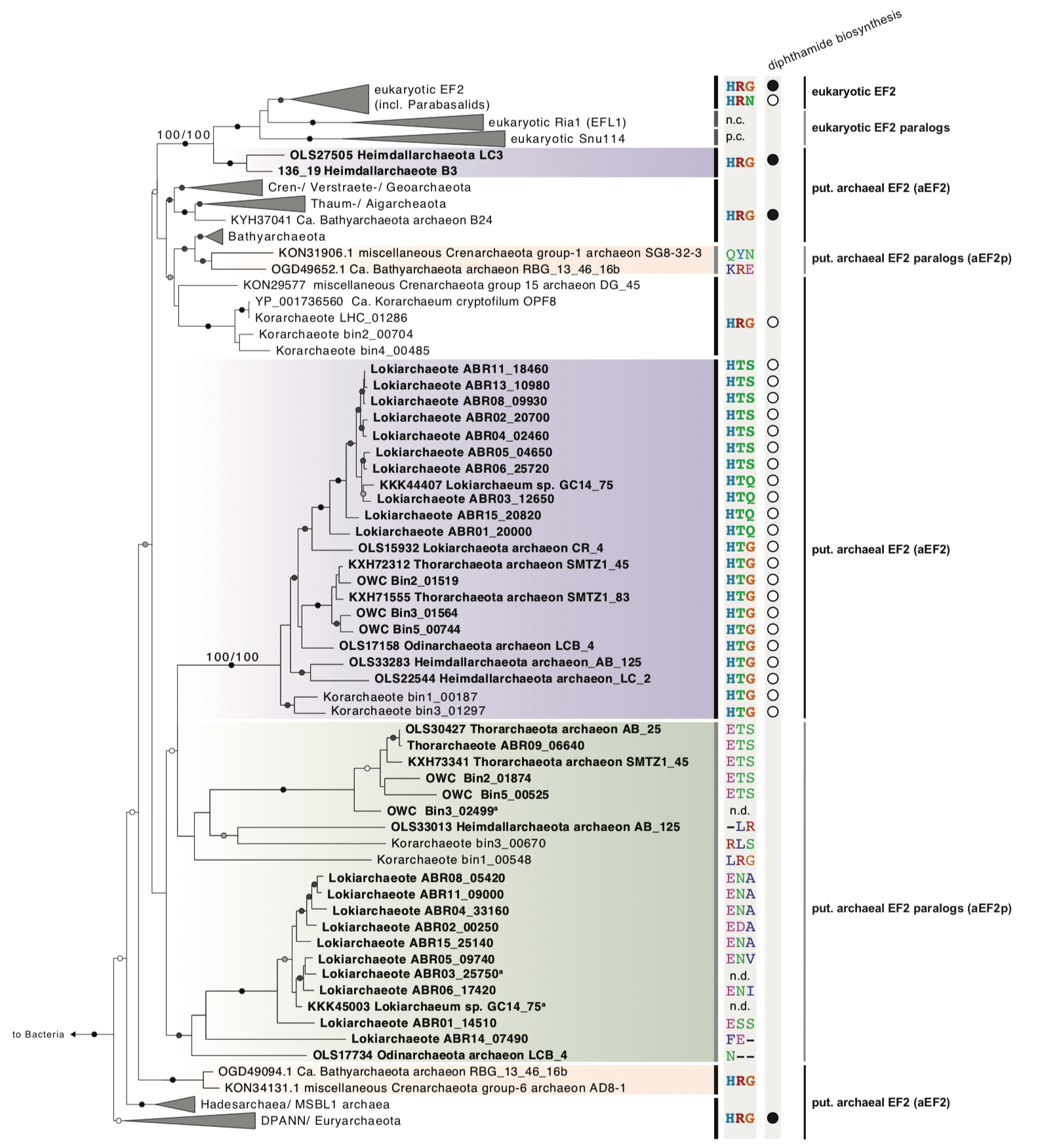