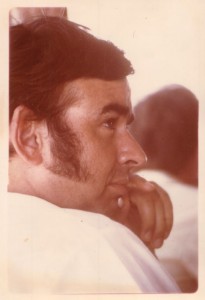 Since 1978 he has served as editor of the Journal of Archaeological Science, and was series editor of Prehistoric Archaeology and Ecology for the University of Chicago Press (16 volumes 1973-88). He has also been an editorial board member of Paleorient; Catena; Geographical Review; Advances in Archaeological Method and Theory; Progress in Physical Geography; Physical Geography; Quaternaria; Geomorphology; Palaeoecology of Africa; and Stratigraphic Newsletters.