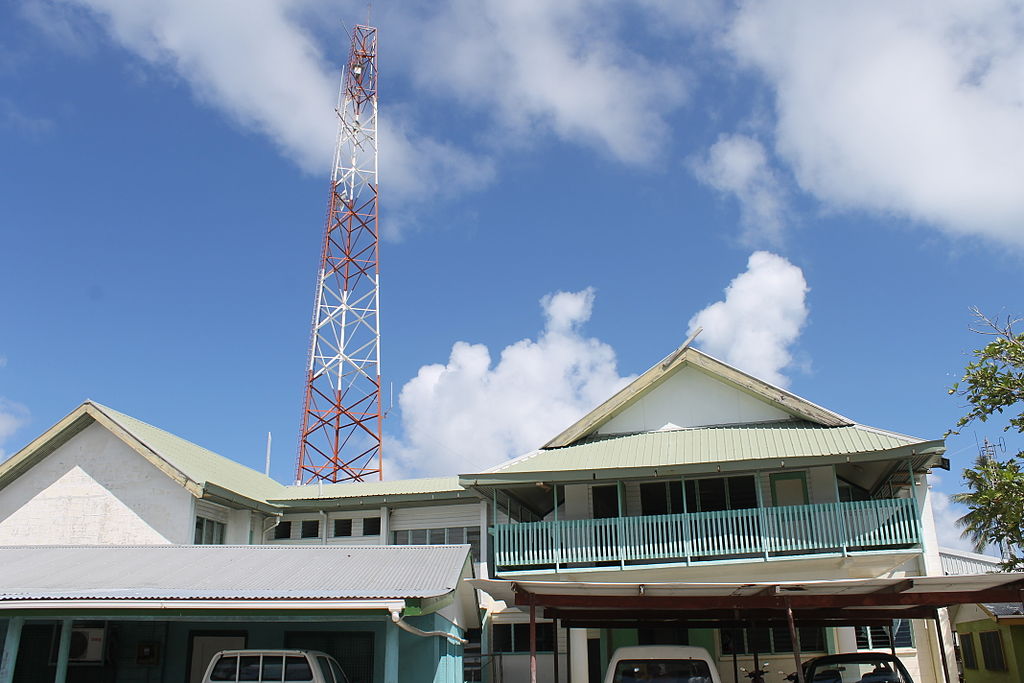 While the world watches as Pacific island states begin to deal with the long-term effects of climate change, local media outlets in the region are struggling to stay in business. Across Oceania, journalists, newspapers, radio stations, and more lack the necessary capital, infrastructure, and training to keep operations going.

For Kiribati, the local news situation has ebbed and flowed over the last 10 years. In 2012, the only radio station in the country was shuttered after failures to repair a broken transmitter and cope with frequent power outages. Access to the necessary equipment or a skilled repair crew can often take months to years, making delivery of timely news in emergency situations extremely difficult. After a bit of investigation, it appears that Radio Kiribati is back online (take a listen, if you’re interested!). Kiribati’s only local television station, Television Kiribati, also closed down in 2013 citing “serious financial problems [and a lack of] expertise and knowledge in programming and production.” Like Radio Kiribati, it appears that Kiribati once again has access to local TV news in the form of the country’s first digital TV channel, Wave TV, which launched in late 2018. There are several newspapers reported to operate in the country as well, one of which, Te Ukera, is state-owned. Kiribati’s only online newspaper, Kiribati Independent, seems to have run into financial or technological trouble as well (see below). With these periodic blackouts in reliable, independent local media coverage, however, residents of Kiribati continue to struggle to gain valuable information on local issues. 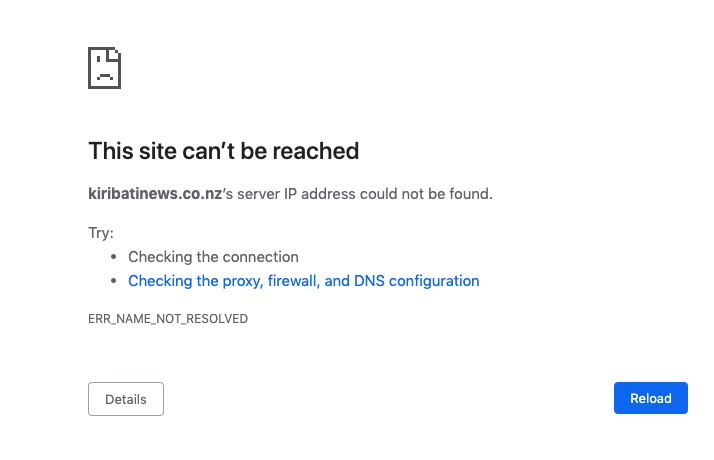 One of Kiribati’s main news sources, the Kiribati independent, struggles to maintain an online presence.

Tuvalu has also struggled to keep local media ventures afloat. The country’s only remaining newspaper, Tuvalu Echoes, shut down in 2013 due to the high cost of imported paper, ink, and other inputs needed in the news printing process. Now Tuvaluans are solely reliant on the Tuvalu Media Department (TMD) – a state-run department in the Office of the Prime Minister – for local news. The TMD operates Radio Tuvalu and Fenui – news from Tuvalu: a free digital publication that’s emailed to a list of subscribers and shared out on the publication’s Facebook page. Despite Tuvalu’s ranking as “Free” on Freedom House’s Freedom of the Press List in 2017 (above countries like Spain and South Korea), the lack of true public, independent sources of media makes these claims somewhat dubious. The lack of media transparency in Tuvalu, and elsewhere for that matter, is especially concerning given the threats that climate change poses. The Pacific Media Assistance Scheme found that Tuvalans are less aware of climate change threats than most outsiders, potentially making international cooperation on the issue much more difficult.

News agencies in the region haven’t only struggled with a lack of resources. As with the rest of the world, there is an increasing concern over the lack of press freedom in several of Pacific island countries. In the Federated States of Micronesia (FSM), for example, a group of traditional chiefs on the island of Yap demanded the expulsion of an American reporter for the Pacific Island Times, Joyce McClure, who had been reporting on corruption in the Yap government.

Media intimidation in Fiji has also been a major concern since the 2006 military coup. The independent, New Zealand-based media company Newsroom released a report earlier this year detailing how the Fijian government had suppressed reports of environmental destruction on Malolo Island by a Chinese development company for nearly 13 years. The regime was able to do so through a set of media regulations and laws coupled with an overall “climate of fear.” Beyond the Malolo Island incident, there has largely been a practice of self-censorship since the 2006 coup.

Fiji held elections in 2014 to effectively restore democracy on the island nation, but many report that the climate of fear still exists and that journalists still feel intimidated into not reporting on sensitive issues. One of Fiji’s main opposition leaders, Sitiveni Rabuka, claimed that the “intimidated and cowed media” were so ineffective that real journalism can only come from foreign correspondents.

This remark is emblematic of a greater pattern of reliance on non-local and non-traditional sources of news in the region. The proliferation of satellite TV connections has allowed people to connect to Australian, Kiwi, Asian, and North American news networks. Internet connectivity, although slow and concentrated in urban areas, allows people to access foreign news sources and local blogs. Churches on the Marshall Islands and Vanuatu periodically operate radio stations and distribute newsletters that provide important facts about ongoing climate issues. The Pacific Islands Report, a project operated by Auckland University of Technology and the University of Hawaii, was also an important source for news conglomeration but unfortunately shut down in 2017 after 20 years of operation.

Although the state of the local media in the region suffers from lack of resources and, in certain areas, a dearth of press freedom, states are not destined to continue on this path. Australia Aid and the Japan International Cooperation Agency have historically funded news agencies in Pacific island states, only to see them fail after several years due to lack of consistent funding and trained staff. A more comprehensive and permanent funding approach might help to solve these issues and provide alternative voices in much-needed parts of the region. There are also ways in which international funds can support community-based organizations (CBOs). As in Vanuatu and the Marshall Islands, CBOs can serve as important local points of information in places that lack the proper resources for information dissemination.

International support for local media sources in Oceania is also critical from an international policymaking perspective. Decision makers in both small island Pacific states and major powers can use local reports on the impacts of climate-change induced natural disasters, changes in weather patterns, and other noteworthy accounts to support their positions in international negotiations on climate policy. Local media remains the most immediate and reliable source of information for data collection and first-hand accounts of ongoing political, social, and environmental changes in the region.