↓ Skip to Main Content
Home › Managed Retreat/Migration › Melanesian and Micronesian Perspectives on Mobility and Migration: What lies ahead?

Melanesian and Micronesian Perspectives on Mobility and Migration: What lies ahead? 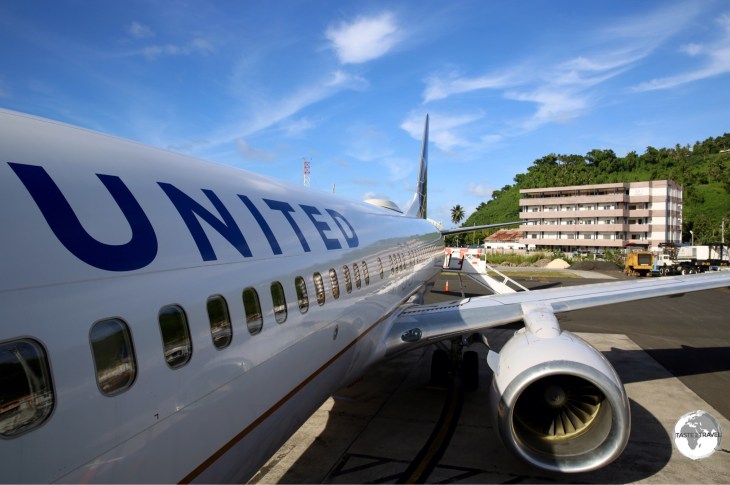 In the wake of looming threats of rising sea levels, intensified natural disasters, and increasingly untenable land across certain Oceanic countries, foreign decision makers have begun to increasingly discuss how the concept of managed retreat may fit into our current global immigration status quo. What may be a more fruitful exercise, however, is to gather a more fine-tuned understanding of the historical mobility of Pacific Islanders and attempt to apply these cultural, economic, and social nuances toward understanding changing patterns of transnationalism in this 21st-century context.

Understanding the historical context of Pacific Islander movements is critical for predicting future patterns of inter-island, urban-rural, and transnational migration as a result of climate-related threats. In contrast to common Western views, Polynesians, Micronesians, and Melanesians have long considered Oceania to be a “sea of islands” rather than “islands in a sea.” The first perspective, in this case, views the nature of Pacific Islander life through the relationships and interconnectedness between islands facilitated by hundreds of years of navigation, trade, and communication. The latter views Oceania as a smattering of small states separated by vast expanses of ocean, far away from the world’s largest powers.

This concept of island interconnectedness influenced Pacific Islander migration for centuries. Inter-island movements were largely seen as ways of sustaining life on the home island by obtaining resources elsewhere and tended to be vehicles for intercultural relationship building and intermarrying. The legacy of European colonialism, however, brought this system of free movement to an abrupt end. Colonial lines were drawn in the 19th century, creating national boundaries and territorial divisions that had previously not existed. The interests of colonial powers prevented traditional inter-regional movements of people and goods, fostering new divisions between island communities. The rigidity of the colonial structure prevented Pacific Islanders from adapting their traditional migration patterns to the tools provided by 19th-century innovation.

While the legacy of colonization continues to have an impact on the development and cultures of Pacific Island states, the decolonization process in the late 20th century led to a push towards traditional cultural practices. Increasingly, people began to study indigenous arts of navigation and land-finding, coupled with a renaissance in the art of canoe making and navigating. Simultaneously, traditional principles of voyaging are reflected in contemporary forms of Pacific Islander mobility and migration. The ability to migrate still relies on historic clan and trade connections that exist today. As Suzanne Falgout notes in a study of Pohnpeians (an ethnic group rooted in what is now the Federated States of Micronesia) living in Hawai’i, both historic and contemporary movements between the two islands/states reflect a sense of “planning with distinct course of action, accepted and appropriated relations with the people in the destinations visited, and [the use of the] home island as a guiding point [for movements].”

In a broad sense, Pacific migration and diaspora groups abroad are increasingly seen as a way in which cultures can span both a home country and a host country. This notion of transnational existence contradicts many Western views of statehood and migration. Whereas a Western lens may see migration as a tool that splits life between a culture in a home country and a changed culture and identity in a host country, the Pacific view sees migration as a community’s ability to “inhabit social scapes and networks that span the home society and the host society.” There is often a seemingly contradictory push and pull between a desire for locality, meaning connection with land and people, and mobility, meaning historical roots and contemporary needs for leaving to help out family and community.

The majority of contemporary academic literature on Pacific Islander migration has largely focused on Polynesian migration, particularly within the so-called “Polynesian Triangle” that spans from Hawai’i in the north, to New Zealand in the west, and to Easter Island in the east. While past work has introduced the idea of a “New Polynesian Triangle” that highlights the increased migration of Polynesians to Australia, New Zealand, and the United States, a more fitting name might be the “New Pacific Triangle,” given the recent expansion of Micronesian and Melanesian migration as well.

As such, Micronesians have been increasingly migrating to the US mainland, Hawai’i, Guam, and the Northern Mariana Islands thanks to the Compact of Free Association (CFA) agreement with the United States (for more information on the CFA, see my previous blog post). Roughly one-third of Micronesians now live abroad, spawning what is now referred to as the ‘Micronesian exodus.’ Although these movements may be motivated by the search for better education, employment, and healthcare opportunities, they still reflect traditional values. Communities often work together to decide on who is best suited for opportunities abroad, helping to ensure that a flow of remittances can help sustain traditional life back on the home island.

Although little academic literature on Melanesian migration has been published, changing political and cultural ties indicate that Melanesian migrants are expanding beyond traditional and historical migration patterns. Fijians, in particular, have settled in places like the United Kingdom, Canada, Japan, and India. Decisions to migrate to the United Kingdom, for example, have been documented to be a conscious strategy to “sustain and nurture the vanua [land in a physical, social, and cultural sense] in a growing money economy and globalizing world.” Much like in the Micronesian context, Fijian migration to the United Kingdom and elsewhere serves as a method for improving quality of life and expanding cultural ties across land.

Despite the fact that 95% of Fiji’s population consists of native Fijians, Fiji is often described as a multi-ethnic state. There is a cultural distinction made between indigenous Fijians and Indo-Fijians, who are descendants of indentured servants brought from India to Fiji by British colonialists. These cultural differences have led to tensions between ethnic groups in the past, often being attributed to a series of coups d’état that began in 1987 and led to the current independent republic. Ethnic unrest ultimately led to a large emigration of Indo-Fijians, changing what was once a fairly-even ethnic split to a current balance of 57% indigenous Fijians and 38% Indo-Fijians, although that trend seems to be changing in recent years. Aside from Fijians, other Melanesian groups (Ni-Vanuatu, Papua New Guineans, and Solomon Islanders) have yet to form extensive diaspora groups abroad.

Even though that climate change-induced natural disasters create legitimate fears of island uninhabitability and damage to Oceanic cultures, Pacific Islanders have proven themselves adept at maintaining identity beyond their traditional homelands. Impacts on homeland habitability will undoubtedly continue to create an increasing flow of migrants across the ‘New Pacific Triangle’ and beyond. While these movements may, on the surface, be rooted in desires for socioeconomic mobility or life stability, they do not directly contradict historical concepts of Pacific Islander culture and statehood. This concept of cultural resilience and traditional migratory and transnational existence will continue to contribute to the ongoing conversation about managed retreat in the region. With some states facing existential crises, historical patterns of migration may continue to drive the debate forward.