China’s presence in Oceania has grown exponentially in the last decade. However, China’s newfound role in the Pacific will not necessarily displace Australia. Australian and Chinese engagement are fundamentally different, and Australian economic and security engagement is an indispensable resource to the region. Before discussing specifics, it should noted that information about Chinese aid is very opaque. The following information  Since 2011, China has committed USD $6.94B to the region; it has spent $1.62B. By comparison, Australia has committed $11.32B and spent $7.38B. To put the magnitude of Australian funding into perspective, across all donors, Australian aid makes up about 40% of money spent in the region since 2011. 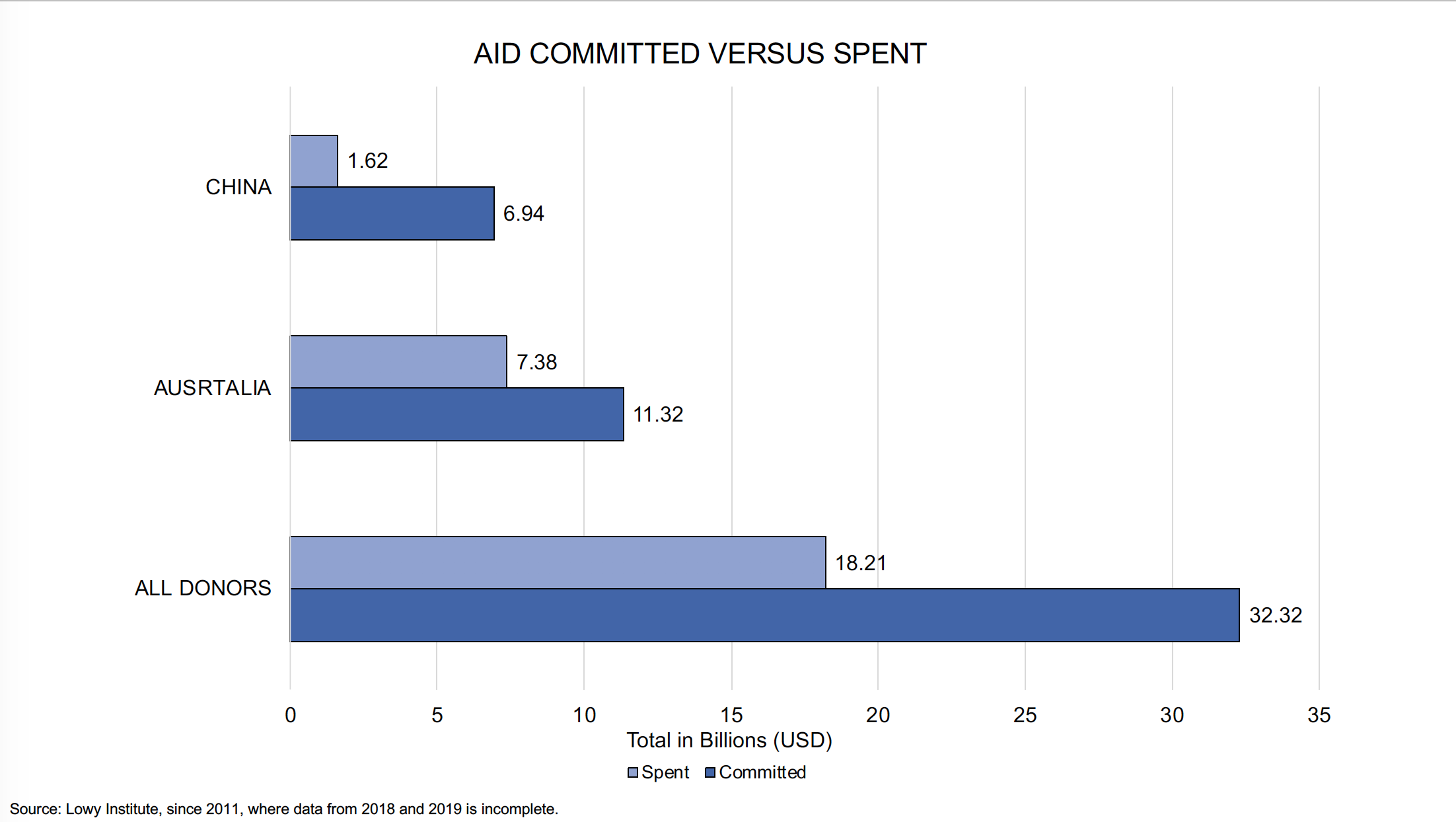 In addition, while 100% of aid provided by Australia is given in the form of ODA, the great majority – a reported 71.8% – of Chinese money going to Oceania is being provided in the form of concessional loans. As I’ve noted in a prior post these loans have interest rates around 2-3% with 5-7 year grace periods and 15-20 year repayment schedules. In a decade, Chinese lending has gone from nearly nothing to over 1.6B USD across 11 Pacific Island states. Tonga’s debt to China exceeds $115M, or roughly one-third of its annual GDP. China holds nearly half of Vanuatu’s external debt and over one-quarter of Papua New Guinea’s external debt. Today, though Australia remains the largest provider of aid overall, China is the region’s largest lender. This is not to say China is engaging in debt-trap diplomacy; in fact, a recent report published by the Lowy Institute suggested that China is not the primary driver of rising debt risk in the Pacific.

Another key difference between Australian and Chinese engagement is the type of projects receiving investment. As explained above, Australian projects, by a substantial majority, involve health, education, and government/civil society programs. By contrast, a nearly 45% of all Chinese spending in Ocean has gone to transportation infrastructure projects. Labor for the projects comes from China; the future cost of upkeep for the projects is high; and most of these projects are not being completed with resiliency in mind. While these modernizing projects may seem extremely attractive to PICs, they are likely not in the states’ long run interest. If the Pacific Step-up is really about meaningful re-engagement, Australia should avoid taking on these short-run project and must instead focus on projects that promote sustainable growth and increasing resiliency in the PICs.

Australia is not just a necessary economic partner; it’s also a necessary security partner. Australia’s contributions to Pacific security and stability – from patrol vessels to basic capacity building measures and new equipment – are important to prevent illegal activity in PIC EEZs. They help preserve vital shipping lanes. They facilitate and coordinate regional cooperation. China is not currently in a position to offer this kind of coordinating assistance, nor has it given any indication that is is looking to take on that role.

China is not in a position to overtake Australia as a regional leader in the Pacific. As written last September in “Waking up to Australia’s real Pacific Family,”

Regardless of aggravation and posturing by some Pacific Island political leaders, the ordinary people and especially the young and educated ones from Fiji, Samoa, Tonga, and the Cook Islands, know all too well which country has the greatest potential of supporting their future prosperity (incomes, education, and health), and especially that of their children. That country is not China, regardless of how many Chinese-built roads, sports stadiums, or parliament houses funded by Chinese aid or concessionary loans are plonked down in Pacific countries, allegedly ‘with no political strings attached’.

If the Pacific Step-up is to truly be a meaningful re-engagement – if it truly seeks to address new challenges to regional stability and deepen regional ties – then Australia must craft a stronger climate response. It has to put substance behind policy. It must work in conjunction with PICs to assume some regional responsibility. Additionally, Australia’s long history of engagement – its sheer amount of experience working with the region – has many lessons to teach other Pacific powers. Comparatively, Australia has by far the most institutional knowledge about the region. As the US and Japan look to counter Chinese presence, Australia should use the Step-up as an opportunity to build up institutional knowledge among states that share a common interests in Oceania – namely New Zealand, the US, France, and Japan.