Holly Reed from Texas Central came and spoke with students at CM2 on Thursday, October 17 about the proposed high speed rail project to connect Houston and Dallas. Reed laid the foundation for the project by explaining how the size of the cities and the number of annual car trips made between them makes it an ideal site for the project.

She explained how the distance between Dallas and Houston is the sweet spot for a high speed train because many consider it too close to fly and too far to drive. On top of all of this, the population in Texas is growing, especially in and between major cities, which will only increase congestion and generate a higher demand for a high speed train. The train is expected to take passengers from Houston to Dallas or vice versa in less than 90 minutes, saving people time and connecting two of the country’s largest economies. 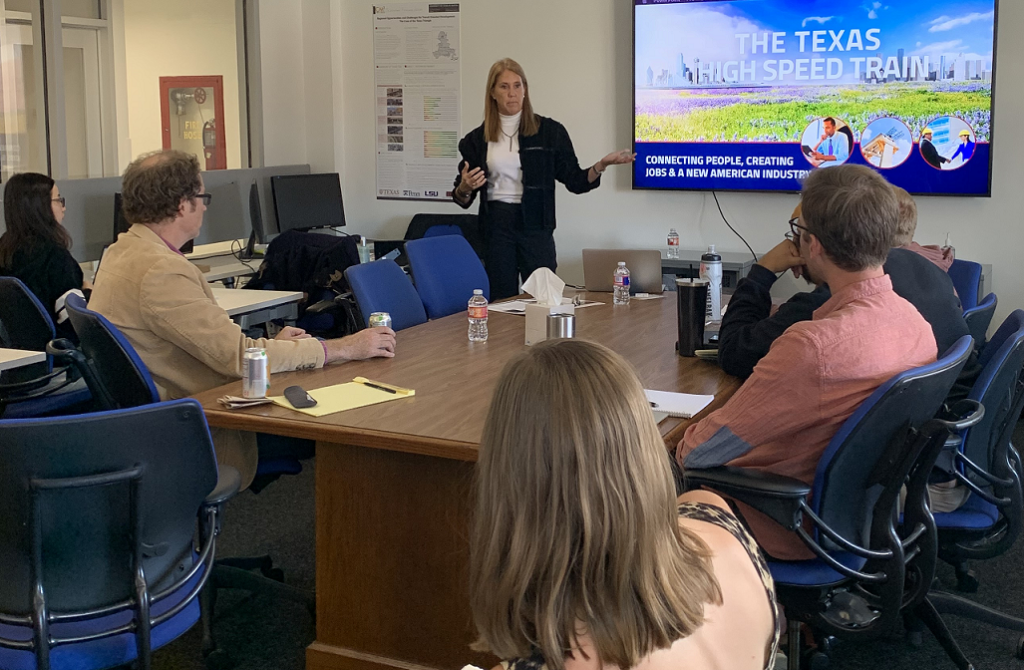 Many of the students were interested in hearing about Texas Centrals’ prospects for the stations in Houston and Dallas. Reed told the students about how they had strategically determined the placements for the stations. They choose locations that are accessible to many potential customers without selecting the most expensive parts of the cities, where they would have to cut through existing infrastructure. She also talked about how Texas Central is focusing on creating a sense of place at these stations and how they are about to start the request for proposal process to decide who will be building the station. The company is also working with existing micro mobility and infrastructure to come up with solutions for the last mile problem at the stations. Reed explained how they want to connect people to Dallas and Houston, but they also want to get people to where they need to be once they’ve reached the city.

We are excited to hear about future developments of the high speed rail to increase connectivity in the Texas Triangle megaregion. 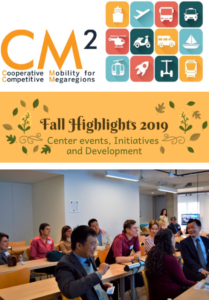