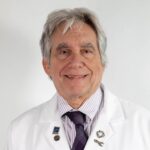 Charles Nemeroff, M.D., Ph.D.
Chair and Professor
Department of Psychiatry
The University of Texas at Austin Dell School of Medicine

Presentation: The Management of Treatment Resistant Depression: The Art and the Science

He received his medical degree and doctorate degrees in neurology from the University of North Carolina (UNC) School of Medicine. After psychiatry residency training at UNC and Duke University, he held faculty positions at Duke and at Emory University before relocating to the University of Miami in 2009.

He has received a number of research and education awards including the Kempf Award in Psychobiology, the Samuel Hibbs Award, Research Mentoring Award, Judson Marmor Award and the Vestermark Award from the American Psychiatric Association (APA), the Mood Disorders Award, Bowis Award and Dean Award from the ACP and the Julius Axelrod Award for mentoring from the ACNP. He was elected to the National Academy of Medicine in 2002. He was also named Alumnus of the Year from the University of North Carolina and from the UNC Medical School. He received the Doctorate Honoris Causa from Maimonides University in Buenos Aires in 2015.

He is a member of the APA Council on Research and Chairs both the APA Research Colloquium for Young Investigators and the APA Work Group on Biomarkers and Novel Treatments.

His research is focused on the pathophysiology of mood and anxiety disorders with a focus on the role of child abuse and neglect as a major risk factor. He has also conducted research on the role of mood disorders as a risk factor for major medical disorders including heart disease, diabetes and cancer. He has published more than 1,000 research reports and reviews, and his research is currently supported by grants from the National Institutes of Health.

He has also served on the Mental Health Advisory Council of National Institute of Mental Health and the Biomedical Research Council for NASA; is co-editor in chief (with Alan F. Schatzberg, M.D.) of the Textbook of Psychopharmacology, published by the APA Press and now in its Fifth Edition; and is the co-editor in chief of a new journal published by Elsevier, Personalized Medicine in Psychiatry.

Disclosure: Dr. Nemeroff has the following relevant financial relationships, potential or perceived, with commercial or conflicts of interest to disclose: