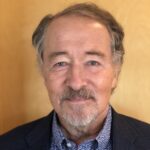 Dr. Jensen is the Board Chair of the REACH Institute (Resource for Advancing Children’s Health), a 501(c)(3) non-profit organization he founded in 2006 to disseminate evidence-based interventions for child & adolescent mental health. From 1999-2009 he worked at the National Institute of Mental Health, where he served as the NIMH Associate Director for Child & Adolescent Mental Health Research. He then moved to Columbia University to assume an endowed professorship within the Department of Psychiatry, where he founded and directed the Center for the Advancement of Children’s Mental Health. He left New York in 2009 to join the Mayo Clinic’s Department of Psychiatry & Psychology, where he co-led the Division of Child Psychiatry & Psychology, eventually becoming the Vice-Chair of the Department (Research) until his retirement in 2013. In 2014 he was appointed Professor of Psychiatry & Acting Director, Division of Child & Adolescent Psychiatry at the University of Arkansas for Medical Sciences and Arkansas Children’s Hospital in Little Rock, then moving to Adjunct Professor in 2018.

While at NIMH Dr. Jensen was the lead NIMH investigator on the Multimodal Treatment of ADHD study (MTA) and an investigator for other multi-site national studies. He has served on many federal task forces, including the Planning Board for the landmark Surgeon General’s 1999 Report on Mental Health, and numerous committees for the American Psychiatric Association and American Academy of Child and Adolescent Psychiatry. He has held multiple national elected offices, including President of the International Society for Research on Child and Adolescent Psychopathology, Secretary and Council Member of the American Academy of Child & Adolescent Psychiatry, and as member of the CHADD Board and its Scientific Advisory Board.

A passionate advocate for children’s mental health, Dr. Jensen is also the author of over 300 peer reviewed articles and chapters and 20 books, and has received many awards for his research, teaching, and child advocacy from multiple national organizations, including the Hall of Fame award from CHADD, and awards from the American Psychological Association, the American Psychiatric Association, the American Academy of Child & Adolescent Psychiatry, the Society for Child Psychiatric Nursing, and NAMI.

Disclosure: Dr. Jensen has no relevant financial relationship(s), potential or perceived, with commercial or conflicts of interest to disclose.