Of course Yoghurt Avenue in Nairobi does not exist. But it should.

Nairobi is a young city, in contrast to coastal Mombasa, Kenya’s second city, that has a long history going back to what Eurocentric historiography likes to call the Middle Ages. Mombasa had been a part of the Indian Ocean trading system for centuries that gave rise to the vibrant Swahili culture along the coast of East Africa—which sadly still is treated just as a footnote in Western concepts of World History. Anyone who has spent time in this part of the world understands the absurdity of the notion of Middle Ages. But I digress.

Nairobi, a metropolis of over ten million people, was founded by the British in 1899 to move the colonial administration of British East Africa away from the malaria-infested tropical coast to the genteel climate of the highlands. Today, Kenyatta Avenue is the main street in the center of Nairobi. It started out as Sixth Avenue, to be renamed Delamere Avenue after Lord Delamere’s death in 1931. By the 1930’s, the representative, historicizing architecture of its government and commercial buildings made it look like a slice of London—an architectural embodiment of British claims to permanent colonial rule of Kenya. In 1964, one year after Kenyan independence, Delamere Avenue was renamed Kenyatta Avenue in honor of Jomo Kenyatta (ca. 1897–1978), Kenya’s first president. 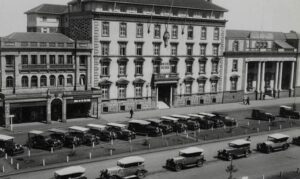 One recent afternoon, I had a yoghurt snack in Nairobi; it was branded “Delamere Yoghurt.” Once I had put the yoghurt container in the trash bin (sorry, no recycling in Nairobi), I became curious. Who was Lord Delamere after whom Nairobi’s main street was named for three decades? 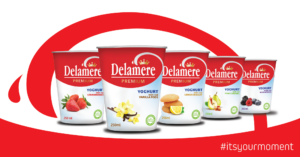 Having my Delamere moment …

Hugh Cholmondeley, 3rd Baron Delamere (1870–1931), made his first trip to Africa in 1891 to hunt lions in British Somaliland. He returned to East Africa annually for the hunt and settled in Kenya in 1901. He quickly managed to secure massive land grants in a fertile area located between Naivasha and Nakuru in the Great Rift Valley, Kenya’s agricultural heartland. The area was perceived to be without ownership even though the Maasai had lived on the land for centuries. Delamere quickly became a leader among white settlers and was instrumental in recruiting European colonialists to occupy and cultivate Kenya’s fertile central highlands, then dubbed the “White Highlands” because the area was officially reserved for the exclusive use of European settlers by the colonial government between 1902 and 1961. Delamere’s white supremacist vision was to create a de-facto apartheid system on Kenya’s best agricultural land.

Delamere Dairies was founded in 1927 to process and market the farm’s milk and milk products. The new company introduced yoghurt to East Africa. After Kenyan independence in 1963, the descendants of Lord Delamere decided to stay in Kenya and to take Kenyan citizenship. They still run the family businesses today, thus managing to extend control of the massive land holdings and maintaining the wealth they had amassed during the colonial period.

It becomes clear why Delamere Avenue was the very first Nairobi street to be renamed in an effort to cleanse the city from the legacy of its former colonial masters. Renaming streets also created the opportunity to celebrate freedom fighters and a new generation of African political leaders. Delamere’s statue, prominently placed on the avenue named for him, was the first of Nairobi’s colonial-era monuments to be removed in 1963 in the transition to Kenyan independence. While Delamere had been a key identification figure for white settlers, Jomo Kenyatta stood for a new independent and confident Africa in the spirit of Kwame Nkrumah. Until today, he is celebrated as Mzee Jomo Kenyatta, the Father of the Nation. 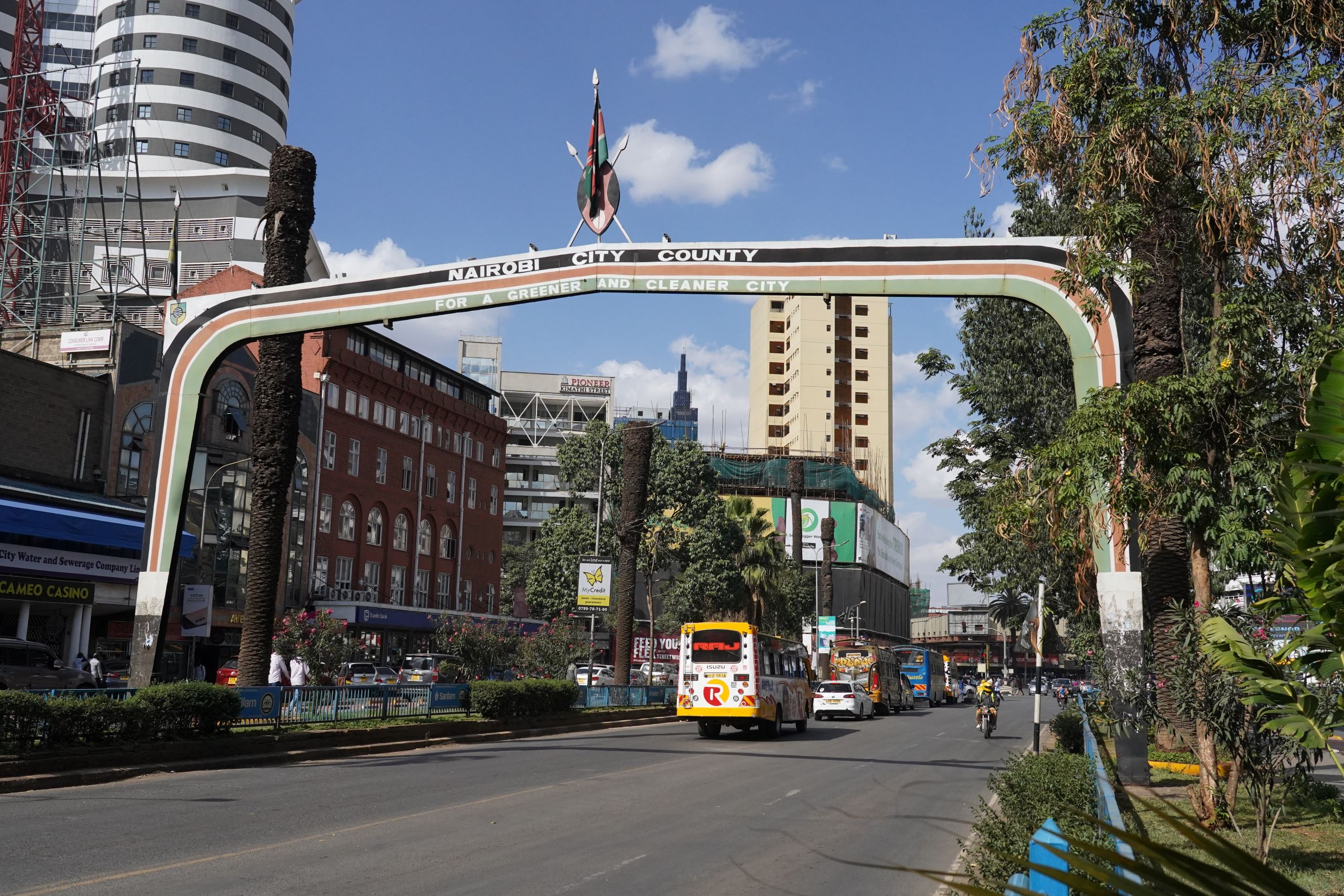 Early on, Kenyatta privatized immense public wealth that was snapped up by Kenyatta, his family, and by their cronies for a song. Independence thus was an opportunity for the Kenyatta clan to enrich themselves, and Kenyatta, who had been born into a poor Kikuyo family, became a wealthy man. Today, the Kenyatta family retains interests in a wide range of sectors, including banking, milk processing, transport, media, hospitality, and land. Uhuru Kenyatta, president of Kenya since 2013, is considered the fourth-wealthiest person in Kenya. The Pandora Papers leak of 2021 revealed that the Kenyatta family is hiding a large part of its wealth in foreign offshore accounts.

One of the companies the Kenyatta family holds is Brookside Dairy Limited, founded in 1993. Today, Brookside Dairies is the largest milk processing company in Kenya; as of 2016, it controlled 45 percent of Kenya’s dairy market. The company’s products, including fresh and powdered milk, yoghurt, and butter, are distributed in Kenya, Tanzania, and Uganda. Furthermore, Brookside in recent years bought dairy companies in many other African countries. Often, the company managed to acquire public assets at a steep discount. The French yoghurt maker Danone bought a 40 percent stake in Brookside in 2014 to provide liquidity, but the Kenyatta family still holds 50 percent of the company.

Brookside Dairy Limited bought the Delamere Yoghurt brand in 2017. While the colonial Delamere branding of their yoghurt continues under Brookside ownership, the profits from my yoghurt snacks flow into the pockets of the Kenyatta family.

And here is where the story comes full circle. Delamere was the personification of the British colonial system in Kenya. Kenyatta was his antithesis and latter-day antagonist, the personification of anti-colonialism and independence. Yet, both managed to amass excessive personal wealth by taking advantage of the systems they helped create, represented, and indeed symbolized. Both the Delamere and Kenyatta dynasties managed to build dairy empires on that basis. The merger of their dairy brands indicates that the clear demarcation between colonial and post-colonial history is fading and that the fruits of corruption of both systems are barely distinguishable in modern-day Kenya. Naming Nairobi’s main street Yoghurt Avenue thus would be a fitting tribute to the union of the yoghurt empires of Lord Delamere and Mzee Jomo Kenyatta.