On 25 April 1777, the French chemist Antoine Lavoisier set fire to a diamond. Several diamonds, actually, and on purpose. Lavoisier and his colleagues wanted to discern what diamonds were made of and, after over a decade of experiments, Lavoisier eventually called the black, charcoal-like residue substance of the diamond experiment “carbon.” Fast forward almost two centuries and by December 1954, scientists working at General Electric took Lavoisier’s experiments and reversed the process. Rather than set fire to the gems to discern their material make-up, GE’s team took pieces of carbon and, after years of trial and error, made the first non-natural diamonds in their Schenectady, NY, laboratory.

Diamonds grown in a laboratory have had complicated lives. For millennia, any sort of non-natural diamond was a fake, a forgery, or a fraud and this history has been difficult for laboratory-grown diamonds to shake. Mid-twentieth century science, technology, and engineering could make real, material diamonds. But it’s up to the twenty-first century to accept them as authentic gems.

The talk has been adapted from a chapter of her recent book, Genuine Fakes: How Phony Things Teach Us About Real Stuff (Bloomsbury 2019).

Lydia Pyne is a writer and historian; she earned her PhD in History and Philosophy of Science from Arizona State University. She is the author of Bookshelf; Seven Skeletons: The Evolution of the World’s Most Famous Human Fossils; and Genuine Fakes: How Phony Things Teach Us About Real Stuff. Her writing has appeared in The Atlantic,  Nautilus, Slate, History Today, Archaeology, Hyperallergic, the Los Angles Review of Books, and TIME. She is currently a visiting researcher at the Institute for Historical Studies at the University of Texas at Austin. 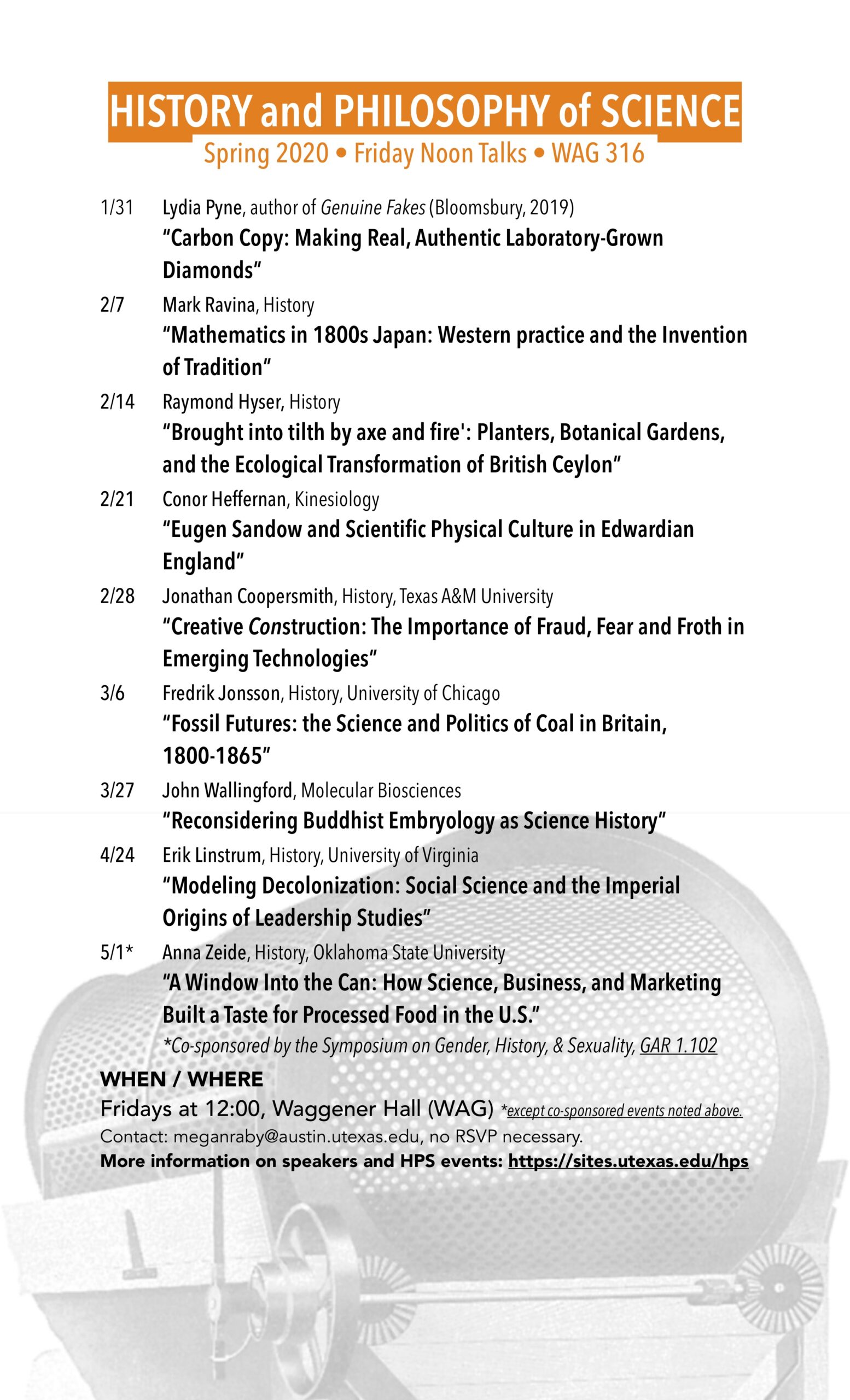