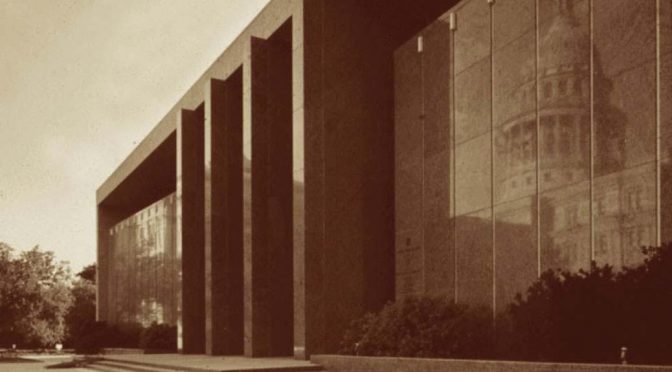 Do you believe people in Texas get convicted of crimes they did not commit? If you do, what do you think we should be doing about it? And whatever we’re doing about it, are we doing enough?

Let’s start with the first question. The answer is simple: Yes, people in Texas get convicted of crimes they did not commit. Why yes? Because to believe that false convictions never happen is to believe that the criminal justice system is perfect. Seems a bit of a stretch to believe that anything could be perfect, no?

But for many years, believe in perfection we did. The distinguished federal judge Learned Hand called the prospect of false convictions an “unreal dream.” And although books, films and other media would tell tragic stories about false convictions, those stories were make believe. In the real world, we went right along with Judge Hand. We may have easily accepted the notion that human beings make mistakes. But not THOSE mistakes.

The real world began to change, courtesy of DNA testing. According to the Innocence Project, 349 individuals convicted of serious crimes have been proven innocent due to DNA testing since 1989. In 149 of those cases, the real offender was identified. The National Registry of Exonerations reports 304 exonerations in Texas alone, including 57 exonerations based on DNA testing.

It turns out that Judge Hand’s unreal dream is quite real. What then should we be doing about false convictions?

When society is presented with a people problem, we have five options:

The Texas response to finding and correcting false convictions has been a government/nonprofit hybrid solution (#2 and #4 above). The state gives $100,000 per year to each of the six public law schools in the state (Texas Southern, University of Houston, University of Texas at Austin, Texas A&M University, Texas Tech University and University of North Texas). These law schools offer innocence “clinic” in which students earn academic credit for working on false conviction cases. The state innocence project program, administered by the Texas Indigent Defense Commission, was started in 2005 and the annual state investment has increased only once since then.

Our organization, the Innocence Project of Texas (not a branch or chapter of the Innocence Project in New York City) is a free-standing nonprofit that, in addition to our own work serving the falsely convicted, partners with the Texas Tech and Texas A&M law schools. Also engaged in finding and correcting false convictions are conviction integrity units (CIU) operating within district attorney offices in Dallas, Fort Worth, San Antonio and Houston. Finally, there are public defenders and private attorneys who work on false conviction cases.

So that’s what we’re doing in Texas. Are we doing enough?

To answer that question, we have to think about what the goal should be. At IPTX, our view is that we should find and correct a false conviction for each false conviction that happens. In theory, over time, each and every false conviction is corrected. Yes, perfection is impossible, but we believe that should be the goal.

Now we get into some math. For that, there are three important numbers, two we know and one for which we can only use an educated guess.

The number we don’t know is exactly how often false convictions happen. We know it’s not zero, but it’s not 100% either. There have been several serious attempts to pin down this number. The most conservative estimate seems to orbit around the just under 1% to 4% range. What jumps out is how a very small error rate still means one helluva lot people. Let’s play out one scenario.

Are we doing enough? Not yet.

The Innocence Project of Texas has worked to reunite seven victims with their families, including Anna Vasquez, Cassandra Rivera, Elizabeth Ramirez, and Kristie Mayhugh, also known as the San Antonio Four. The Humanities Institute, in partnership with the Austin Public Library, will be screening the award-winning Southwest of Salem about the case of the San Antonio Four on February 2, 2016 at 7pm at the Terrazas Branch of the Austin Public Library. Director Deborah Esquenazi will be present for a brief discussion and Q&A following the film. This event is free and open to the public.

Robert is the co-founder and former executive director of Innocence Project New Orleans (IPNO). Funding he secured from the Ford Foundation also laid the groundwork for innocence work in Mississippi (now shared between IPNO and the Mississippi Innocence Project at the University of Mississippi School of Law). He coordinated two of the early Innocence Network conferences (2003/New Orleans; 2004/Austin).

Robert is a murder victim family member (his father was murdered in Houston, Texas when he was seven years old) and former board member of Murder Victims Families for Reconciliation (MVFR). His professional experience outside innocence work includes several administrative positions at the University of Alabama in Tuscaloosa and The University of Texas at Austin. He holds a masters in nonprofit management from North Park University in Chicago and the accompanying certified nonprofit professional (CNP) credential.