According to a recent HSBC study, Australia’s vulnerability to climate change has increased more rapidly in the last two years than most G-20 countries.   It now sits in fifth place within the G-20 in terms of the severity of its exposure level. 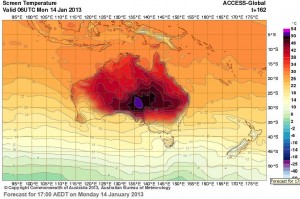 With the majority of Australia’s population living along the coast, residents are susceptible to the potentially devastating effects of sea level rise.  Other consequences of a changing climate include soaring temperatures, increased rainfall, drought, and more frequent and severe bushfires.  The total economic cost of natural disasters in Australia in 2012 alone is estimated to have exceeded $6 billion.  The most recent IPCC report underscores the connection between human activity and climate change, estimating that Australia will see an average increase of 6 degrees Celsius on its hottest days by 2100.

Australia as a Major Emitter

Australia’s position within the top 20 countries with the highest level of emissions and lead status as a per capita emitter warrant a closer look at the country’s climate change policies.  The bulk of Australia’s greenhouse gas emissions are produced by the country’s energy sector, followed by agriculture, LULUCF, industrial processes, and waste.

As noted by a recent ClimateWorks report, Australia has made significant progress in reducing its greenhouse gas emissions:

However, there has been considerable debate surrounding changes proposed by Australia’s new government regarding the country’s emissions and climate change polices.

Implementation of the Direct Action Plan (the “DAP”)

The new Australian Coalition Government, headed by Prime Minister Tony Abbott, is planning to repeal the Carbon Pricing Mechanism (CPM), or “carbon tax,” which would make Australia the first country to remove a carbon market.  How this might affect Australia’s ability to reach its goal of reducing greenhouse gas emissions to 5 percent below 2000 levels by 2020 has yet to be seen.   However, the Coalition plans to address carbon emissions through the implementation of its Direct Action Plan (the “DAP”), scheduled to go into effect by July 1, 2014 at the latest. 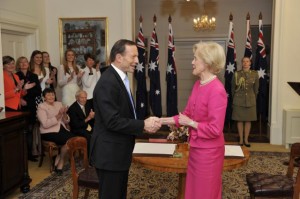 The DAP will aim to reduce country-wide emissions by:

The financial feasibility of the DAP has been called into question, specifically the limitations of the policy’s current budget.  Analysts estimate that increased funding will be required for the policy to achieve the 5 percent emissions reductions target by 2020, with figures ranging from AUD$4 to $35 billion.  The crux of the matter is that the policy is capped, meaning expenditures cannot exceed what is initially budgeted.   This limitation could greatly impair the Coalition’s ability to reach the desired 5 per cent reduction  by 2020.

The policy has also been criticized for its limited approach to deterring companies’ emissions.  A financial penalty for exceeding an established baseline will not necessarily motivate companies to invest in low-emissions technologies. Rather, it would likely allow for a “business as usual” approach that would not contribute to lower emissions in the coming decades.

Other aspects of the DAP involve the planting of 20 million trees in an effort to store more carbon, and investment in solar and energy efficiency programs.   However, such efforts are likely to have a limited impact on reducing Australia’s overall emissions levels without the support of a more comprehensive policy.