Energy Efficiency in the Building Sector: An Overview 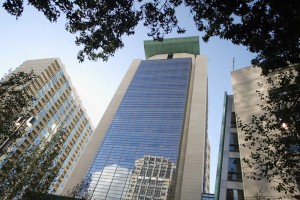 Moreover, many of these abatement opportunities come at a low or net-negative cost (primarily when implemented during a building’s construction phase). Despite such promising potential, however, policymakers are faced with the challenge of overcoming numerous barriers to the implementation of energy efficiency measures in this sector.  Such barriers can arise from conflicting interests among stakeholders, real or perceived upfront costs, limited access to key information, and inadequate enforcement of energy performance standards.

The authors of the McKinsey & Company report titled Pathways to a Low-Carbon Economy utilize the business-as-usual scenario (BAU) as a baseline for emissions reductions estimates.  The BAU scenario assumes that no additional energy efficiency measures are implemented in the building sector, resulting in inevitably higher annual emissions by 2030.  The authors estimate that under the BAU scenario, building sector emissions are expected to increase from 3.5 GtCO2 per year in 2005 to approximately 4.6 GtCO2 per year by 2030.  China is expected to have the highest level of total combined sector emissions (16.5 GtCO2e/year), followed by North America (9.2 GtCO2e/year).  It is also worth noting that India’s overall emissions are projected to more than double, increasing from 1.8 GtCO2e/year in 2005 to approximately 5.0 GtCO2e/year in 2030 (Pathways, 25).

Fragmentation. A significant barrier to implementing energy efficiency measures in buildings stems from the fragmented nature of the sector.  Various stakeholders are involved throughout a building’s lifetime, and conflicting interests can result in missed opportunities for emissions reductions through energy efficiency measures.  Specifically, building contractors and owners often lack incentive to invest in energy efficiency design measures since it is ultimately the buyers and tenants who will benefit financially.  Governments can help overcome this barrier by providing financial incentives, such as tax deductions, to contractors and owners of energy-efficient buildings.

High Upfront Costs. Another barrier to achieving emissions reductions in the building sector is the (often inflated) upfront costs associated with making a building more energy efficient.  In general, the integration of energy efficiency measures in the initial construction of a building is less expensive than through retrofits performed later on in a building’s lifetime.  During the construction phase, contractors have a wide range of low or negative-cost abatement measures at their disposal.  The abatement cost curve developed McKinsey & Company reveals that efficiency packages for new buildings have the potential to reduce greenhouse gas emissions by 920 MtCO2e per year in 2030.  The consequent savings that occur over the lifetime of a building can significantly reduce or fully negate the cost of such an early investment (Pathways, 106-107).

Limited Diffusion of Information. A third barrier results from a limited spread of information regarding current energy use in the building sector as well as the potential benefits of implementing energy efficiency measures.  Before considering various energy efficiency improvements, owners must have access to accurate information regarding their building’s current energy use.  This is a particular challenge in countries where energy performance requirements, enforced through building codes and appliance standards, are limited.  Building codes and appliance standards provide clear performance targets that can indicate whether action is needed to improve a building’s energy efficiency, (12, 17).  Additionally, lack of public knowledge regarding the benefits of energy efficient buildings can result in missed opportunities for emissions reduction.   This challenge can be overcome through awareness raising campaigns as well as formal training sessions for building professionals, (13).

In sum, the building sector is responsible for a considerable amount of the world’s greenhouse gas emissions and total energy usage.  There is significant potential to reduce greenhouse gas emissions within the building sector through various abatement opportunities, many of which come at a negative or low cost.  However, countries are faced with a wide range of barriers that impede their ability to capitalize on such opportunities.  In order to overcome these challenges, governments must play an active role in emphasizing the importance of energy-efficient building practices in an effort to increase public awareness and support.  Furthermore, governments must enforce energy performance requirements through building codes and appliance standards if they are serious about reducing greenhouse gas emissions in this sector.  Only then will full abatement within the world’s building sector move closer to becoming a reality.