Over the past several months, the Australian Coalition Government’s proposed direct action plan has drawn considerable criticism from leading climate change experts.  The plan, which centers on the use of financial incentives to encourage industries’ emissions reductions, would replace the country’s carbon tax introduced by the previous Labor government.  Experts claim that the direct action plan alone will not be enough for Australia to meet its goal of reducing greenhouse gas (GHG) emissions to 5% below 2000 levels by 2020.  Furthermore, Australia’s Climate Change Authority, an independent climate advisory body, warned the government last fall that the 5% target is inadequate.  The authority recommended that in order for Australia to avoid struggling to meet its international obligations in the future, its 2020 emissions reduction target should be increased to 15-25%.

In order to fully understand the implications of Australia’s recent climate change policies, it is essential that one examine the sectors that hold the most abatement potential.  According to the authors of the McKinsey & Company report titled An Australian Cost Curve for Greenhouse Gas Reduction, the two sectors with the greatest abatement potential for 2030 include power (39%) followed closely by forestry (31%). Furthermore, the authors identify the following abatement opportunities within the power sector: carbon capture and storage (CCS), onshore wind, and geothermal. 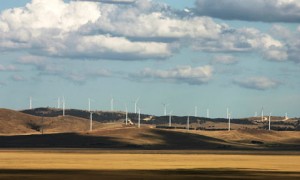 While the abatement potential of carbon capture and storage (CCS) in Australia is significant, the deployment of CCS technologies remains limited.  Government funding for CCS research is guaranteed through 2016 as part of the National Low Emissions Coal Initiative (NLECI).   Several large-scale CCS projects are currently underway, including the Callide Oxyfuel Project in Queensland; the CarbonNet Project in Victoria; the South West Hub Project in Western Australia; the CO2CRC Otway Project in Victoria; and, the Gorgon Project in Western Australia.  The government also supports CCS research through its Geoscience Australia’s Greenhouse Gas Storage and Greenhouse Gas Monitoring projects.  While there is strong domestic support for CCS, the Australia’s leaders recognize that international support will be vital to the widespread implementation of these technologies.

In addition to CCS, onshore wind offers considerable abatement potential in Australia’s power sector.  In terms of cost-effectiveness, onshore wind is currently second only to hydroelectric power among all renewable energy technologies.  Conversely, recent findings by the Australian Bureau of Resources and Energy Economics indicate that static photovoltaic installations (solar technologies) will provide a lower cost of energy than onshore wind in 2050.  Despite this projection, however, onshore wind is expected to continue to hold notable abatement potential in the power sector in the years to come.

However, continued progress in this area faces potential setbacks.  Prime Minister Tony Abbott’s recent remarks regarding “too many national parks” and “locked-up forest” forest in Australia, and his subsequent announcement that he would give a large section of the country’s forest to loggers, indicates a marked lack of support for forestry conservation at the national level.   This is in stark contrast to Mr. Abbott’s previously stated plans to combat climate change through a widespread tree-planting campaign.  While this plan was also criticized (mainly for its inability to offset Australia’s carbon dioxide emissions), it at least aligns with Australia’s previous efforts to contribute to the fight against global warming.

In sum, Australia’s power and forestry sectors offer significant emissions abatement potential by 2030.  Within the power sector, CCS, onshore wind, and geothermal power generation each contribute to the sector’s total abatement potential.  However, there is widespread concern regarding the effectiveness of the Abbott government’s direct action plan in reducing greenhouse gas emissions.  Furthermore, Mr. Abbott’s recent declaration of support for the logging industry over forest conservation paints a troubling picture for the country’s efforts to reduce emissions in the forestry sector.  Successful emissions reductions in both the power and forestry sectors will depend on various measures, all of which ultimately rely on unwavering support from Australia’s federal government.