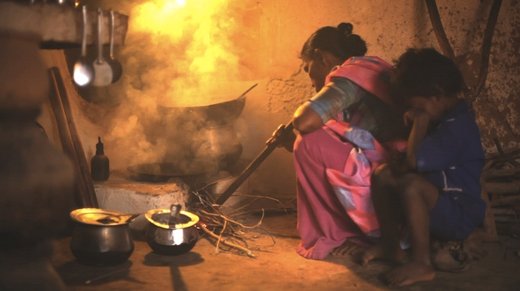 According to a the 2011 World Energy Outlook report put out by the International Energy Agency, investment in the clean cookstove sector will need to be approximately 4.5 billion dollars. In the context of funding combating other health threats, such as malaria, or mitigation costs of many carbon dioxide abatement measures, this is not a prohibitive amount of money. A 2011 UNEP report on short-lived climate forcers found that cookstoves are the most cost effective strategy for black carbon abatement, with positive returns even without accounting for health benefits. The report calculated the climate cost effectiveness to be approximately -$6 per mitigated ton CO2 equivalent (tCO2e).

Despite the fact that the estimated capital investment necessary for clean cookstoves are far lower than other measures aimed at abating carbon dioxide or black carbon emissions, finding sources for capital investment presents a large barrier to action. Unlike other abatement measures with high upfront costs, there was little private sector involvement in this space until recently, which left governments, international organizations, and NGOs footing the bill.

One of the largest barriers to cookstove adoption is the lack of knowledge about the economic and health benefits of improved cookstoves. The health benefits are not immediately obvious, and, because wood is free in rural areas, households see little value in improved cookstoves. This assessment is supported by the fact that cookstove programs have proven to be much more successful in urban settings, where families must buy their firewood. The lack of understanding in terms of the benefits of improved cookstoves has lowered demand, which, in turn, has resulted in a market with few suppliers. Low numbers of suppliers and product diversity relative to the diversity of consumer preferences reinforces low demand.

Absence of reliable testing mechanisms or international standards makes it possible for many manufacturers to claim health and efficiency benefits that may or may not be true for their product. This uncertainty has hampered the market’s growth and the political will of governments to promote adoption. Without such standards, development organizations may distribute stoves that actually present little benefit, hurting their credibility and the health of those they are trying to help.

Lack of credit and financing institutions in many rural areas presents a huge barrier to cookstove adoption. Sustainable cookstove dissemination and adoption are most likely to happen through the building of real markets and supply chains to rural areas. This, however, requires that households themselves pay the relatively large upfront cost. Without access to credit, many households cannot afford such large investments, even if they understand the ultimate pay-offs.

Inefficient biomass-fueled stoves and their associated environmental and health impacts are an issue throughout the developing world. The diffuse nature of this problem—the fact that mitigation involves reaching a large number of individual residences throughout the developing world—makes it difficult to tackle, especially given that many of the areas in greatest need are also the most difficult to reach. The fact that the issue itself is so diffuse results in a lack of coordination between organizations disseminating cleaner-burning stoves. For the last 20 years, approaches have primarily been piecemeal project-based efforts between NGOs, governments, private firms, and international organizations. As a result, efforts have been inefficient and ineffective.

One of the biggest barriers to technology adoption by the poor is the level of engagement required. Even if adoption of a given technology leads to savings in terms of time and money, the level of engagement necessary for an individual to become accustomed to it can prevent adoption. Cookstove adoption requires household members to change their daily routines, and in the case of LPG stoves, alter the entire process of fuel attainment and meal preparation. This life-style change makes adoption difficult and often leads to non-linear adoption.

Adoption, when it does occur, does not happen linearly, because stoves do not meet the households’ cultural needs. For example, housholds often use multiple stoves at a time for different tasks, so while some households may be using improved stoves, they are often using tradition stoves in tandem. As a result, even adoption of improved stoves can have little overall impact.

Recent trends have decreased the potency of some of the aforementioned barriers. The founding of the Global Alliance for Clean Cookstoves by 19 major cookstove-oriented organizations, increased levels of coordination and shifted the focus from cookstove distribution to a market oriented strategy. The new strategy emphasizes building demand and supply linkages, both for cookstoves and for cleaner cookstove fuels, as well as establishing international standards. Current developments in the cookstove private sector are promising. Through a number of innovative business models and the advent of carbon finance, private domestic firms have succeeded in creating affordable, standardized, cookstoves targeted at the poor. Manufacturers have sprung up in Cambodia, China, Ethiopia, Ghana, Guatemala, India, Kenya, Peru, Uganda, among others, and manufacturers in China and India are even creating stoves for export.

Overall, cookstove adoption throughout the developing world still faces many barriers symptomatic of less-developed regions as a whole, such as insufficient infrastructure and lack of access to financing. Many of these barriers will weaken as income rises and rural areas become more connected to markets, but population is rising faster than income is. Through the development of consumer demand and market linkages, current efforts may increase cookstove adoption, especially if these focus on cookstoves that use traditional fuels and involve smaller life-style changes. Impressive international coordination efforts over the last decade have greatly increase the likelihood of success in this space, but full implementation of this measure by 2030 is highly unlikely.