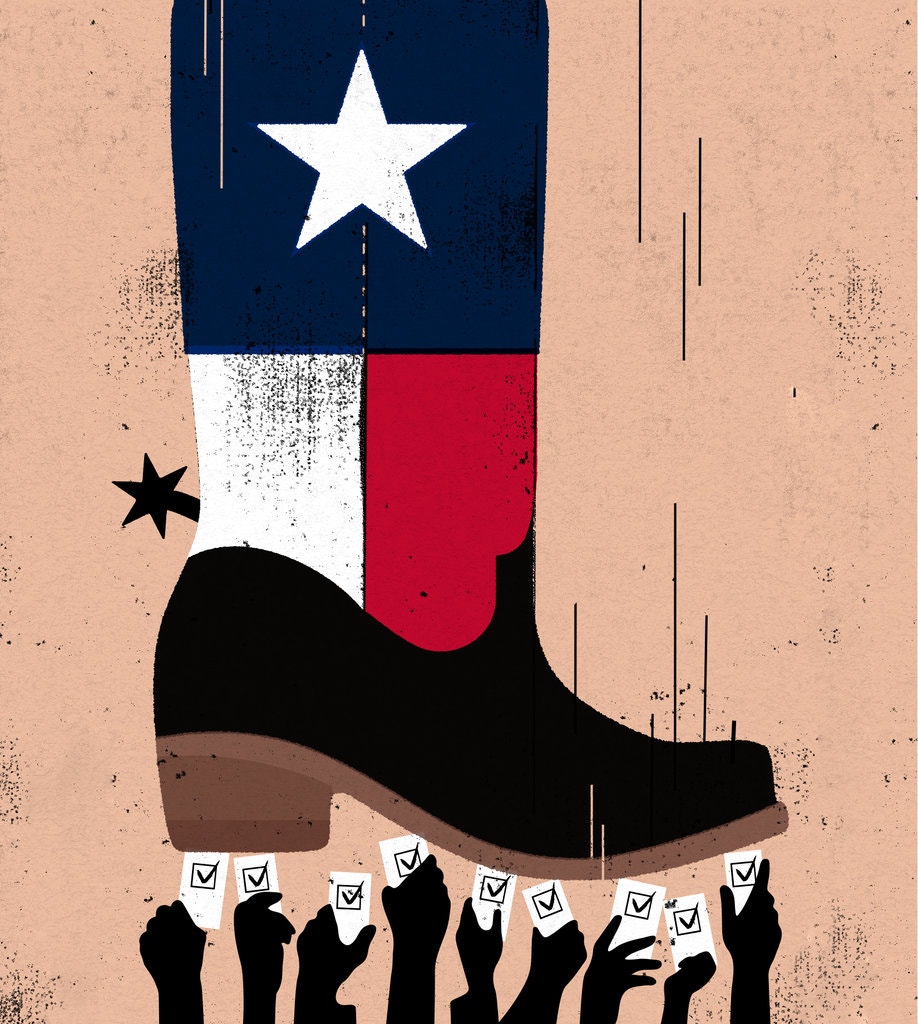 “The risk of mass voter disenfranchisement is greater in 2020 than at any time since the era before the abolition of poll taxes and literacy tests in the 1960s.” – Marc Elias

Voting is the most important facet of democracy. As Lyndon B. Johnson once said, “A man without a vote is a man without protection” (1). In a democracy the citizens’ vote controls the laws, policies and representatives that make up the governing institutions. Furthermore, votes indirectly control foreign policy and participation in international institutions. Directly or indirectly, the vote shapes every part of our daily lives. Therefore, voter suppression is one of the most troubling issues facing our democracy in the modern era. Voter suppression is any effort, either legal or illegal, by way of laws, administrative rules, and tactics that prevents eligible voters from casting their votes. When communities cannot vote, they are powerless and left without a seat at the table. This allows policy makers to make decisions that do not represent the will of the electorate, or pursue policies which discriminate against communities whose participation in democracy has been suppressed.

In 2013, the Supreme Court overturned a key provision of the 1965 Voting Rights Act (VRA), which required states with a history of voter discrimination to “pre-clear”, to request approval before implementation, changes in their election rules with the federal government. The VRA had been considered the pinnacle achievement of the Civil Rights era, securing the right to vote for hundreds of thousands of people of color who had been disenfranchised up until that point by deliberately discriminatory voter-suppression tactics (2). However, the 5-4 decision in Shelby County vs Holder determined that the coverage formula for determining which jurisdictions were subject to pre-clearance were outdated and therefore unconstitutional (3). Shortly afterward, states and localities across the country, including Texas, began engaging in efforts that would have been found discriminatory under the Voting Rights Act. These included shortened voting hours and days, new barriers to voter registration, purging millions of eligible voters from the rolls, implementing strict voter identification laws, reshaping voting districts, and closing polling places (4). Many of these changes have been found to discriminate against Black and Brown voters. One example is Texas’s 2013 congressional redistricting maps, which a federal court ruled in 2017 were enacted with “racially discriminatory intent” against Latinx and Black voters (5).

Prior to the end of the VRA, common practices that would have been vetted for discriminatory intent included: 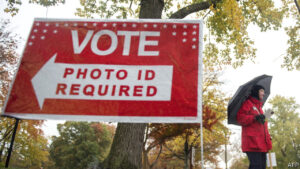 Voter Rights in Texas since 2013

Texas has one of the lowest rates of voter turnout in the nation, with an estimated 5.5 million voters that are eligible but unregistered (5). The majority of these voters are young, people of color or both. This stands in stark contrast to the demographics of those who are most likely to vote: voters who are white, older, and more conservative (6). Due to the Supreme Court’s decision, Texas and other states and localities are now able to pursue changes which may disenfranchise voters without oversight from the Federal Government. This is in addition to existing structures which experts and advocates say exist only to make the process of voting more difficult for Texans.

In Texas, citizens must register using paperwork to be added to the voter rolls. However, this is not the case in every state. Texas is one of only 10 states that disallows online registration (7).  In Texas, voters must register with registrars from their country and registrars must be certified in each county they register voters.

Ari Berman, senior contributing writer for the Nation and author of “Give Us The Ballot,” says  “It really is the most difficult state in the country to register voters,” Texas is the only state that requires registrars to be deputized by the county they live in, but it only holds trainings once a month. In a state with 254 counties … that’s extremely burdensome,” he says. “It basically makes statewide voter registration drives impossible.” (8)

In addition to being registered and on the rolls, voters must show up to the polls with the proper documentation. In Texas voters need at least one of the following items:

During the last election, nine percent of black respondents and nine percent of Hispanic respondents indicated that they (or someone in their household) were told that they lacked the proper identification to vote (9).  An example of the way the laws requiring identification have political implications is that student IDs cannot be used as to vote but handgun licenses can. Some argue that this is a deliberate political act meant to bolster one group and disenfranchise another.

There is no voter holiday in the United States. This lack of a designated time for voting means people without flexible jobs must balance their commitment to voting and their livelihoods. One way the government combats this is by allowing early voting and mail-in ballots.  During the early voting period, citizens can decide which time is best for them and go vote.

Early voting is commonplace. However, the opportunity to easily access early voting is not distributed equally across groups. In Texas, inadequate voting opportunities on college campuses were a significant problem for students of color in the 2018 midterm elections. In 2018, students at Prairie View A&M University students in Waller County sued county officials for failing to provide an early voting site on campus or in the city of Prairie View. Prairie View has a majority-black population. However, the nearby city of Waller, which has two early voting locations, is largely white. The students asked a federal judge to establish an early voting site on campus and require weekend voting hours. Waller County eventually succumbed to the pressure, allowing the students three weeks of early voting and an on-campus polling place (10).

In North Hays County, students at Texas State University contacted county officials requesting extended voting hours and more voting locations after they were forced to wait in an hours-long line at the only on-campus polling place during the three days it was available. In response, the North Hays Republican Party president urged people to oppose extended polling hours for the nearly 40,000 college students at Texas State because he thought it would harm his party (11). 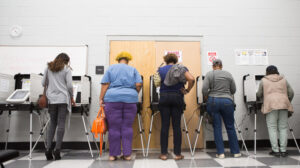 In Texas, voters typically vote at polling stations. Polling stations are designated places where voters can vote. However, since Shelby v Holder overturned the key provisions of the voting rights act in 2013, Texas has closed over 700 voting locations (12). This can mean that in some counties voters must travel farther and wait longer to vote. Polling station closures disproportionately impact the poor and people of color, who may not have access to vehicle or the time to wait hours in line to vote.

Some argue that many of the closures since 2013 are due to some counties moving to a voting center model,  which replaces precinct voting with voting centers. In precinct voting, voters can only vote in the precinct closest to their home. Voting centers allow citizens more flexibility by giving them the right to vote at any voting center. However, even setting aside the poll closures that took place in counties that moved to a Voting Center model, Texas had another 334 poll closures between 2012 and 2018. This alone still means Texas is amongst the states with the most poll closures in the country, ahead of Arizona, Georgia, Louisiana and Mississippi (15).

Additionally, an analysis of polling place closures found that in 2012, there was one polling place for every 4,000 residents in Texas. By 2018 that figure had dropped to one polling place per 7,700 residents (12). A 2019 paper by University of Houston political scientists found that after Harris County’s transition to vote centers, more voting locations were closed in Latinx neighborhoods than in non-Latinx neighborhoods, and that Latinx people had to travel farther to vote than non-Hispanic whites (12).

A Guardian analysis based on that report confirms what many activists have suspected: the places where the black and Latinx population is growing by the largest numbers have experienced the vast majority of the state’s poll site closures (13). The analysis finds that the 50 counties that gained the most Black and Latinx residents between 2012 and 2018 closed 542 polling sites, compared to just 34 closures in the 50 counties that have gained the fewest black and Latinx residents. This is despite the fact that the population in the former group of counties has risen by 2.5 million people, whereas in the latter category the total population has fallen by over 13,000.

Another way that states suppress the vote is by purging the rolls. The voter rolls are the lists of voters who are registered to vote. If a person isn’t on this list, then their vote won’t count. Texas has been sued multiple times for illegally purging the rolls. In the most recent blatant attempt at voter suppression, Texas tried to purge massive amounts of voter rolls by accusing them of being non-citizens who tried to vote. Texas Secretary of State David Whitley sent an advisory to local registrars asking them to look at their voter rolls. Whitley said his office flagged the names of 95,000 people who at one point in the past 22 years had identified as non-citizens with the Texas Department of Public Safety. In that time span, officials said, they also registered to vote (16). Voting rights groups have said the state’s list is likely a list of naturalized citizens who recently got the right to vote. In the end, the voter rights organization were correct and showed that this was a deliberate attempt to purge naturalized voters who were mostly Latinx.