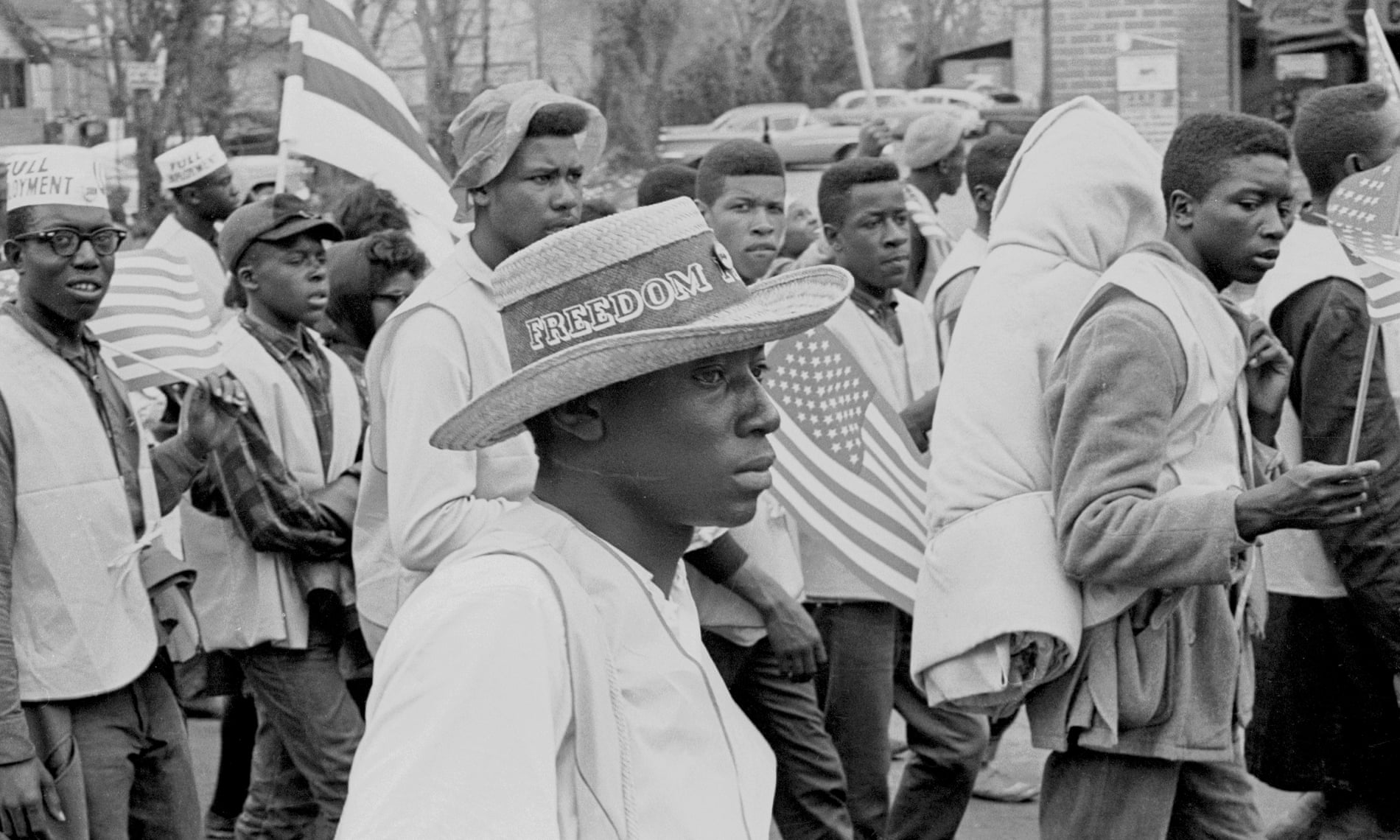 Texas has a long shameful history of racism and voter suppression. These troubling roots begin with disputes over slavery with Mexico and continue in the present. On June 19, 1865, Union soldiers arrived in Galveston, Texas and declared that all slaves in Texas, the last remaining state with enslaved Africans, were free. However, to be “declared free” and to “live freely” are two completely different things. To this day, Texans suffers from the scourge of discrimination and racism, particularly in the political arena.

Texas is one of the architects of voter suppression. In Texas, minority representation and participation are at nationwide lows. It has been said that “everything is bigger in Texas.” The practice of voter suppression in Texas is a big, well honed, mastered process, meant to deter the young, the poor and the nonwhite from the polls. Racial voter suppression began as soon as the Fifteenth Amendment freed Black slaves and continues to exist in the systems we see today.

Voter suppression comes in many forms. During the Reconstruction era, the period following the end of slavery when the federal government tried to empower African-Americans across the South, many whites felt that African-Americans were a threat to their power. This desire to suppress blacks was based on just in white supremacy, but also in the desire of the Democratic Party to retain dominance in the face of this new and significant voting bloc(1). At the time, the Republican Party drew wide support from African-Americans.

It was during this period that white terrorist groups such as the Ku Klux Klan were born. These groups sought to violently reinforce white supremacy. They adopted tactics included lynchings and burning down houses and crops. The Klan also had explicitly political aims: their efforts emphasized beating and intimidating blacks to keep them from the polls. Some members even killed whites who supported African Americans: in 1868, the Klan killed a Texas Republican leader and some of his black supporters.

Once the Ku Klux Klan established its Texan following, members continued to intimidate and assault black people, often with the explicit aim of reducing black political participation. During this period and the Jim Crow period, the KKK had extreme support throughout Texas. In Dallas, 1 in 3 eligible men were a members of the Klan (1). The Freedmen’s Bureau, which began in Texas in September 1865, attempted to curb this violence. However, its success diminished over time, partly as a result of states beginning to legally reinforce white supremacy. 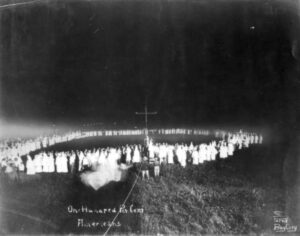 One way states did so was through Black Codes. Black Codes were laws passed by southern state legislatures to define the legal place of blacks in society after the Civil War. In Texas, these codes were introduced in 1866. The intent of the legislation was to regulate black labor and maintain the inferior position that slaves and free blacks had held in Texas prior to the Civil War (2). The Black Codes were temporarily banned during most of Reconstruction, but later returned. Reconstruction ended with the contested Presidential election of 1876, which put Republican Rutherford B. Hayes in office in exchange for the withdrawal of federal troops from the South (3). Without troops there was no way for the federal government to protect blacks or enforce equality. During this time period Black and Latinx citizens faced literacy tests and other forms of legal discrimination to stop them from exercising political power. 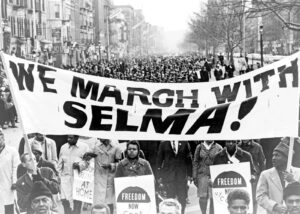 The collapse of Reconstruction in 1877 brought back institutionalized voter suppression tactics en masse. Additionally, the previously contested Black Codes became the ideological foundation of Jim Crow. The South used many techniques to disenfranchise black voters. The first of which is still in use today: gerrymandering. In the early 1870s, both in the South and in the border states, districts were gerrymandered (i.e., reshaped for partisan reasons), precincts reorganized, and polling places closed to hinder black political participation.

The second tactic of voter suppression during the Jim Crow period was poll taxes. Poll taxes are fees citizens have to pay in order to vote. In 1902, the Texas state legislature amended the Constitution subjecting anyone who wanted to vote to an annual poll tax of $1.50 to $1.75 (4). The poll tax was meant to discourage people from voting, particularly African-Americans, Tejanos and poor whites. Voters had to pay the tax before voting and bring the receipt to the ballots as proof. Politicians justified these laws by claiming that implementing a poll tax would regulate elections, prevent voter fraud, and ensure a better class of voters.

A third method of voter suppression was White Primaries. White Primaries kept African-Americans out of the political process by excluding them from party membership. The state legislatures worked in concert with the party, closing the primaries to everyone except party members. The Supreme Court had ruled in 1921, in Newberry v. United States, 256 U.S. 232, 41 S. Ct. 469, 65 L. Ed. 913, that political parties were private organizations and not part of the government election apparatus. Therefore, by means of the white primary device, African-Americans were disenfranchised without triggering any kind of judicial review under the Fourteenth Amendment’s Equal Protection Clause. Legislation passed in 1923 in Texas that prohibited blacks from voting in Democratic primaries, the dominant party at the time (5).

A fourth method was the literacy test, which required citizens to prove they were literate in order to vote. Because the test was written in English, it served as a de facto literacy test for Latino voters who couldn’t read in English. This was deliberately meant to disenfranchise Latinx immigrant voters(6). However, poor whites did not have to face discrimination through these forms of voter suppression because they were given an exemption, called the “grandfather clause.” These laws (passed in six states) allowed illiterate whites  to vote anyway, with the justification that their previous status as voters prior to 1867, or as the descendent’s of voters, was enough to provide them an exemption from literacy tests(7). These laws were deliberately adopted to continue to allow poor whites to continue to vote, while disenfranchising black and Latinx voters.