In order to get a sense of where polling places are located and have changed since 2012, we mapped out the locations of polling places in Travis County for major elections from 2012 to 2020. As our data analytics tool, we used Tableau’s public software and U.S. census data. 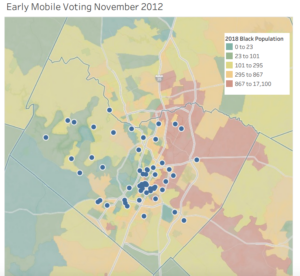 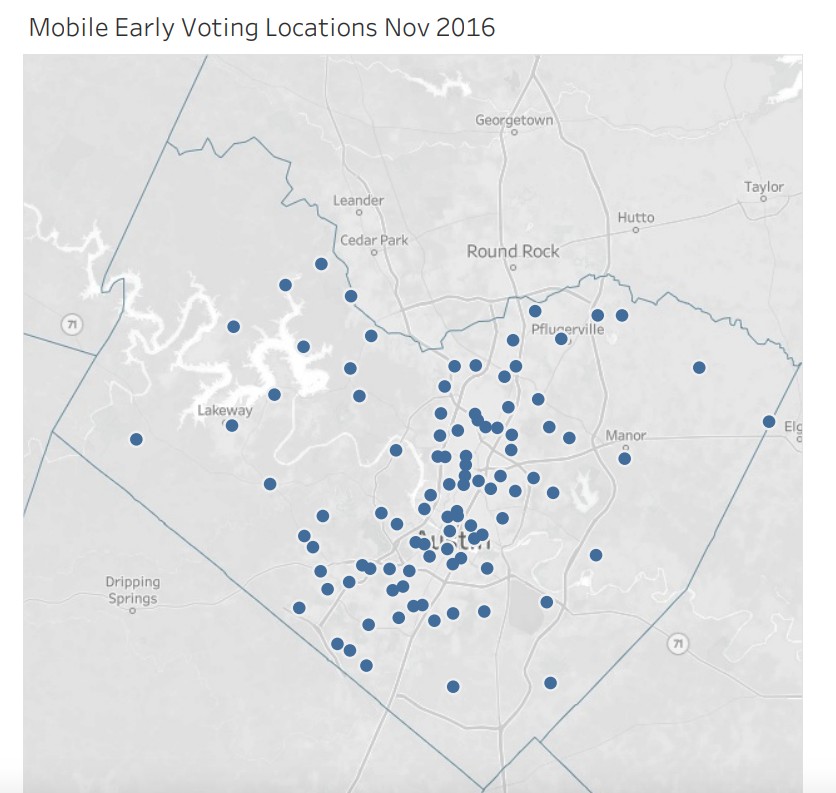 These Early Mobile Voting Locations are no longer accessible to voters because of the recent passage of HB1888, which declared that counties must have mobile polling locations open every day of early voting or not at all.  Due to HB1888, many mobile voting locations who operated for limited time spans have opted not to open at all. This has the unfortunate impact of lessening voting opportunities for important demographics, in particular college students and younger voters who benefited from mobile voting locations on campuses. 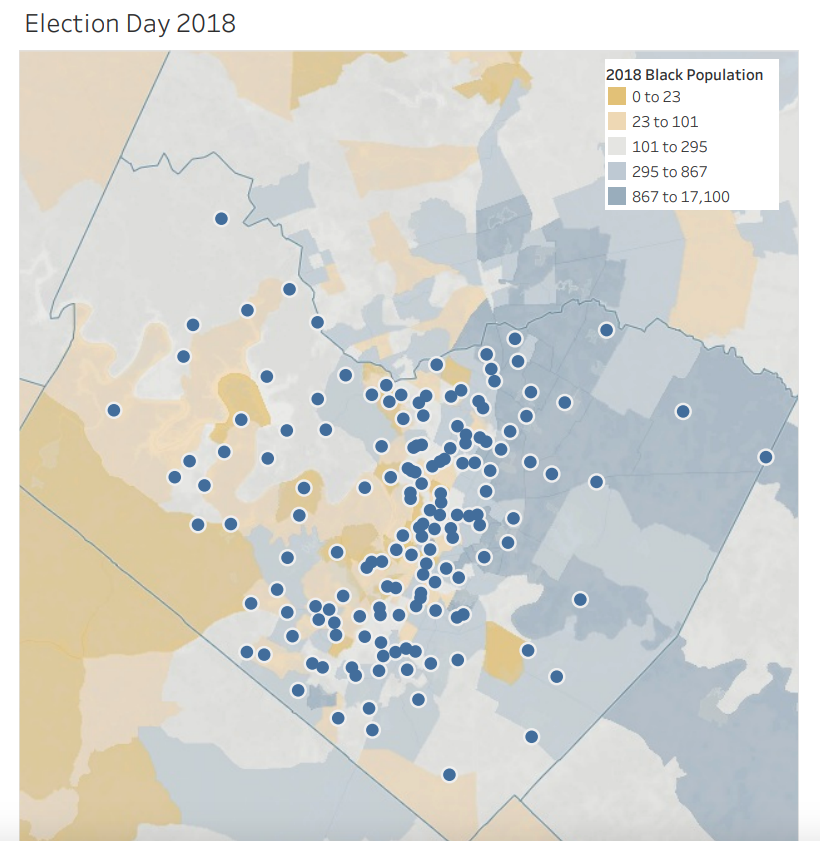 We also found that in the 2018 locations many areas with highly dense black populations further east had fewer polling stations in general.

Also, we find that during the July 2020 Primary polling locations in predominantly black  and Latinx areas were spread further apart, potentially adding increased burden of travel time on voters who might have less access to cars as a means of traveling to vote. 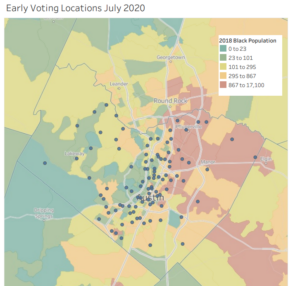 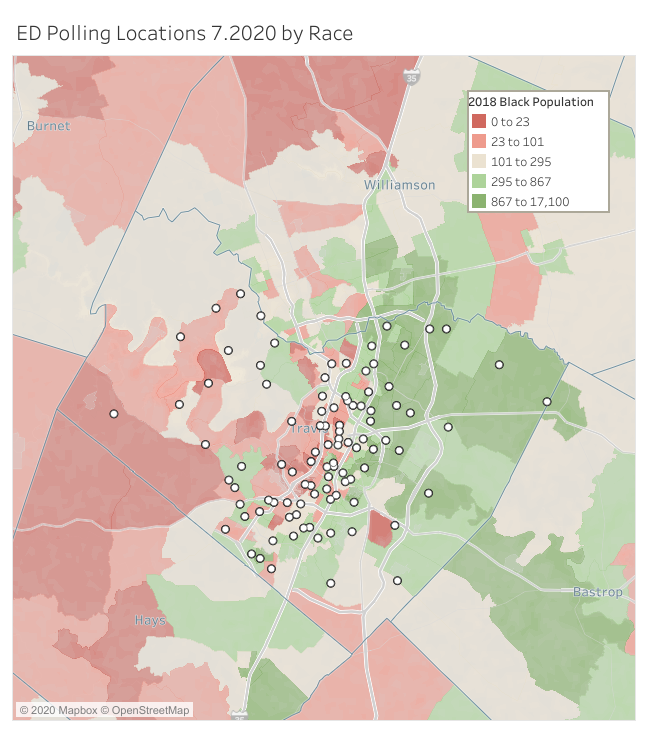 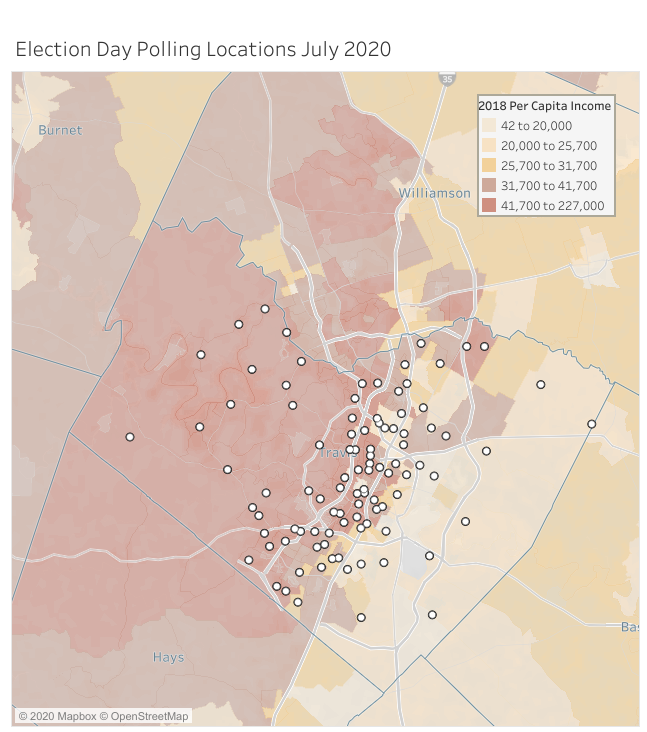 Similarly, the west side of Travis County, which in addition to being wealthier also tends to be older and whiter, seems to have a greater preponderance of polling locations than far East Travis County. 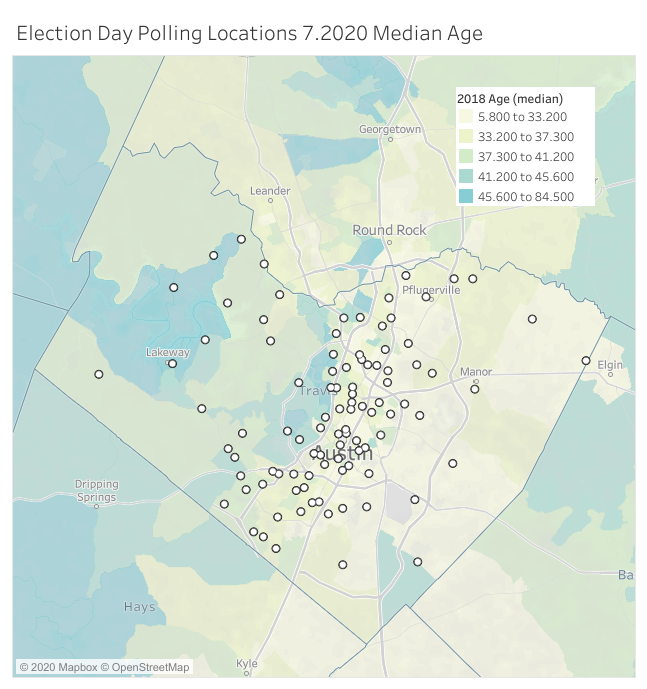 In general, we find that polling places are more concentrated more prevalent in areas that are older, have fewer minorities, and wealthier. This highly correlates with the western part of Austin where there have been concerted efforts using redlining, gerrymandering and discrimination to keep minorities and the poor out.