Aubrey Ticer, ’21, is the President of OUTLaw. Aubrey is originally from Dallas, Texas. She received her undergraduate degree in Sociology with a concentration in Criminology from Louisiana State University before coming to law school. She spent her 1L summer at the Public Defender Service for the District of Columbia in the Community Defender Division helping formerly incarcerated persons with their transition back into the community. Aubrey is currently in the Capital Punishment Clinic at UT Law and hopes to become a capital defense attorney. She loves her three cats, British murder mysteries and watching Netflix with a full glass of wine.

Sidonia Mitchell, ’21, is the Internal Vice President. She graduated from Texas A&M in 2016 and earned a Graduate Diploma in Political Science from the American University in Cairo in 2018. She spent her 1L summer at the U.S. Commercial Service, learning the export side of international trade, and the Equal Justice Center, working on wage recovery cases. At the law school, she is also involved with the Texas International Law Journal and volunteers with the Gender Affirmation Project. She enjoys hiking, reading, and cooking delicious vegan things.

Thaisa Howorth, ’21, is OUTLaw’s External Vice President. Originally from England, Thaisa graduated from The University of Texas at Austin with a BA in Plan II and a BS in Radio Television Film. After teaching English in South Korea for a few years, Thaisa returned to Austin to pursue her MSSW and JD degrees (Rumor has it that she might actually bleed orange, as she will have four UT degrees \m/). She spent her 1L summer at the Texas Fair Defense Project here in Austin, and is all about public interest and social justice. Most of her time is devoted to the Expunctions Clinic as a Pro Bono Scholar, but in her free time she can be found running with Evading A Rest (Texas Law’s running club), doting on the love of her life (her puppy, Riker Gideon), or pretending to keep up with her film degree by spending far too many hours on Netflix.

Eric Newman, ’21, was born and raised near Rochester, New York. After completing a geology degree from The College of William and Mary in Virginia, Eric moved back to upstate New York and started a vegetable farm. Although the veggies were organic, the economics of farming were not sustainable. So, utilizing his geology background (and a white male privilege connection), Eric landed a job on an oil rig in Texas. Soon retreating to Austin, Eric worked in environmental remediation, first as a consultant and then with a state agency. Looking for a challenge, and having considered law school since he was a child, Eric was lucky to get into UT! Outside of school, Eric enjoys outdoor activities, board games, and the stories featured in National Geographic.

Miguel de Hoyos, ’20, was born in Del Rio, Texas, and majored in Government at UT Austin. Along with promoting the queer agenda, he is also a board member of SBA and of CHLSA. Upon graduation, Miguel hopes to make changes in the immigration field and to provide assistance to those most in need. When not busy studying or traveling, he loves being outdoors and trying new things. If Miguel was to describe himself in one word, he would probably pick “trash” (although he considers himself “decent trash” every so often). 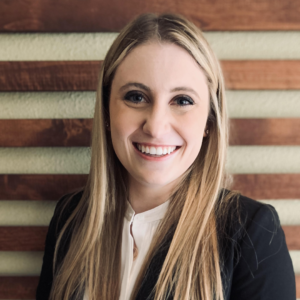 Haley Ablon, ’21, was born and raised in Dallas, Texas, and received her undergraduate degree in Plan II Honors from the University of Texas. Haley spent her 1L Summer working in litigation at a firm in Dallas and hopes to pursue discrimination law after graduating from law school. At the law school, she is also involved with the Journal of Law and Technology at Texas and is a member of several other groups on campus. Outside of school, Haley can often be found running near the state capitol, rock climbing, or playing with her rescue pup.

Cate Marshall, ’21 (pictured left), is from The Woodlands, Texas and received a Bachelors Degree in English from Southeastern Louisiana University. Before coming to law school, Cate worked as a library assistant for the Montgomery County Memorial Library System. She spent her 1L summer working in the in-house legal department for a life insurance company. She enjoys drinking boxed wine, watching horror movies and Jeopardy!, Stephen King, and her cat, Franklin.

Huey Rey Fischer, ’20, is from Rockport, Texas and majored in Latin American Studies and Government at The University of Texas at Austin. After undergrad, he worked at the Texas Capitol as a policy analyst handling environmental regulation and farm-to-table food policy. He served two terms as the youngest member of the Texas Democratic Party’s Executive Committee and has been an organizer on over a dozen campaigns around the state. He then lived in Mexico City for a year before applying to law school. When not reading for class, he can be caught riding his bicycle to check out a new coffee shop.

Meredith Luneack, ’20, is the Past President of OUTLaw. Before moving to Texas, Meredith worked as an immigration paralegal after graduating from the University of Michigan with a major in Political Science and Conservation Policy. At UT, they are a Pro Bono Scholar working on immigrant detention issues, a Senior Editor on the Texas Environmental Law Journal, and is a member of the Pro Bono in January leadership team. Meredith’s favorite things include biking around and dining at Chili’s Grill & Bar.

Anna Villaseñor Harris, ’21, is the Queer Graduate Student Alliance Liaison. Anna graduated from the University of Texas at Austin Class of 2018 with a major in Honors Humanities and a minor in Business. At UT Law, Anna is a Pro Bono Scholar for the Gender Affirmation Project, Director of UT Law’s premier a cappella group Supreme Chorus, co-banquet chair of CHLSA, and participating in the Entrepreneurship and Community Development clinic. Anna loves practicing yoga at Black Swan, freediving in Barton Springs, tea, and visiting her hometown in Wimberley, Texas.