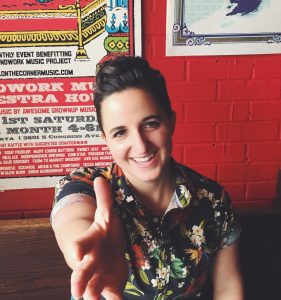 Meredith Luneack, ’20, is the President of OUTLaw. Before moving to Texas, Meredith worked as an immigration paralegal after graduating from the University of Michigan with a major in Political Science and Conservation Policy. At UT, they are a Pro Bono Scholar working with the Gender Affirmation Project, a Senior Editor on the Texas Environmental Law Journal, and a co-director for the Getting Radical in the South (GRITS) conference. Meredith’s favorite things include popping between breweries on their bike and cooking up any weird thing they can find. 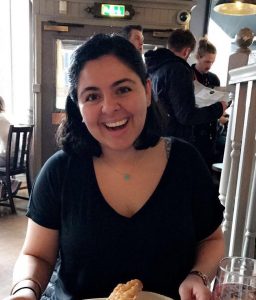 Doreen Pirouz, ’20, is Co-Vice President. Doreen is from Los Angeles and received a Bachelors Degree in Anthropology from UCLA. Before coming to law school, Doreen worked as a personal banker in a small Southern California bank. She spent her 1L summer at Bet Tzedek Legal Services in LA as part of their Low Income Tax Clinic. Doreen is interested in family law and hopes to participate in the Children’s Rights Clinic at UT next semester. She loves going to Disneyland, superhero movies, and her dog Linguini. 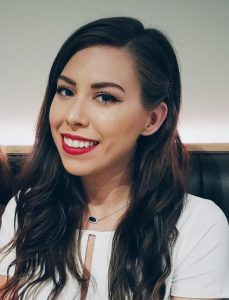 Alison Techman, ’20, is originally from Dallas, Texas. She majored in Political Science at UT Dallas and worked at a law firm before coming to law school. She is also involved with The Review of Litigation journal and Women’s Law Caucus. During her 1L summer, she worked in-house at an insurance company. She enjoys trying new restaurants, yoga, and putting clothes on her golden retriever. 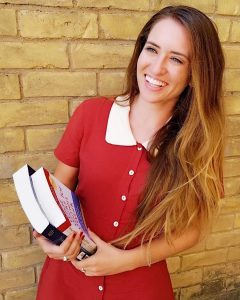 Ashley Craythorne, ’19, is OUTLaw’s Pro-Bono Director. Ashley is passionate about public interest law, and came to law school to become a public defender. She spent her 1L summer at a juvenile public defenders office in New Orleans, and her 2L summer at Orleans Public Defenders—the adult office in New Orleans. Ashley has participated in the Immigration and Criminal Defense clinics at UT, and loves working directly with clients through the school’s pro bono programs. For fun, Ashley loves to play music and cross-stitch. Her closest companion in her large dog, Gumbo. 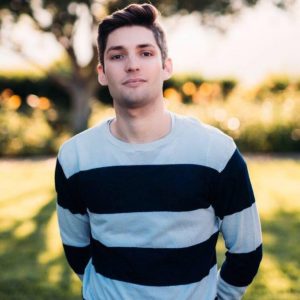 Chase Lanfer, ’20, is OUTLaw’s co-finance director. He was born and raised in Austin, Texas and attended a small liberal arts school you (likely) have never heard of, Soka University in California. He studied liberal arts with a concentration in the social sciences. He worked for the Comptroller of Texas Administrative Hearings Division during his 1L summer. In his free time, he loves to be outside and on the water, and he’s been known to bust a move far too often. 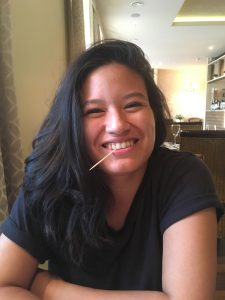 Stephanie Lascano, ’19, is also OUTLaw’s co-finance director. She was born and raised in New York, where she completed her undergraduate degree in English Literature at Baruch College.  During her 1L summer, she interned at the U.S. Bankruptcy Court for the Southern District of New York with Judge Martin Glenn.  It was there that she fell in love with bankruptcy work.  Upon graduation, Stephanie will be returning to New York (along with her girlfriend and soon-to-be-born puppy) to join the bankruptcy department of a New York law firm.  Stephanie is primarily an indoor creature and likes to read, do the daily N.Y. Times crossword, and justify watching hours and hours of Netflix on end. 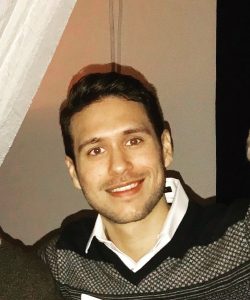 Daniel Fox, ’20, is the social director of OUTlaw. Though originally from Houston, Daniel graduated from St. Edward’s in South Austin with a BA in psychology. In Houston, he worked as Realtor before returning to school. Last summer, Daniel worked in a personal injury law firm learning plaintiff-side tort settlement and litigation. He is an avid yoga practitioner and teacher. He teaches a free yoga class once a week that is open to the entire UT Law faculty and student body.

Alexandra Jones-Lafont, ’19, is the Queer Graduate Student Alliance Liaison. In 2016, she graduated from Baylor University with a major in Economics and a minor in Political Science. At UT Law, Alexandra is involved with the Trans Name and Gender Marker Project, If/When/How, and the Texas International Law Journal. In her spare time, Alexandra enjoys traveling back to her home in southern Louisiana and cooking good food.