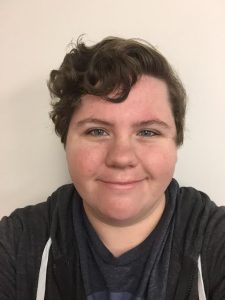 Noah McLaughlin, ’18, is an Austin native and a graduate of Southwestern University with a Bachelors in English. Before coming to law school, Noah was a copy editor for Pearson on the STAAR test. Noah worked as a clerk at Disability Rights Texas over the previous summer. Noah is also involved with the Journal of Women, Gender, and the Law and multiple pro bono projects.

Cristian Sanchez, ’17, is originally from Mission, Texas and earned his undergraduate degree from St. Edward’s University. He has worked in Washington, D.C. and Bolivia, and has traveled extensively. In addition to OUTlaw, Cristian is involved in the Chicano/Hispanic Law Student Association, and the Texas Hispanic Journal of Law and Policy.

Justin Parker, ’18, is originally from Villa Park Illinois, and attended the University of Chicago for undergrad where he majored in Public Policy and minored in Human Rights. After graduating, he left Chicago and headed to Houston to teach 6th grade math as a Teach for America Corps member. After three years of teaching, he made the decision to come to UT and pursue a legal career. He has been out as gay since he was a junior in high school and is an avid defender of LGBT rights and equality for all people!

Emily Wolf, ’17, did her undergraduate studies at the University of Chicago, earning a degree in biology with a specialization in endocrinology.  She is also an editor on the Texas Journal on Civil Liberties & Civil Rights and the VP of Administration for the American Constitution Society.  After graduation, she will be joining the Austin office of Norton Rose Fulbright. 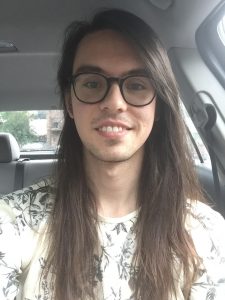 Wesley Hartman, ’18, graduated from Indiana University-Bloomington in 2015 with a major in vocal performance. At UT Law, they are also involved with the Review of Litigation and are a Pro Bono Scholar working for the INCLUDE Project and Expunction Project. 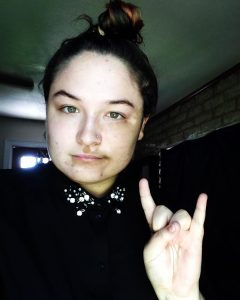 Anya Morgan, ’17, was the Pro Bono Director. In 2014, she graduated from Wesleyan University, where she majored in English and French. At UT Law, Anya is involved in the Trans Name and Gender Marker Project, the Domestic Violence Clinic, the Civil Rights Clinic, and is on the board of the Getting Radical In The South conference. In her spare time, she is a yoga instructor, video game player, and an avid reader of queer lit. 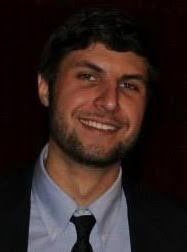 Taylor LeMay, ’18, was the Social Director. Before coming to law school, Taylor was a 2011 Teach For America – South Louisiana Corps Member, teaching 5th grade in rural Louisiana for three years and 6th grade in New Orleans for one year. He completed undergrad at Louisiana State University, majoring in Mass Communication with a focus in Advertising and minoring in Business Administration. Taylor is also involved with the Texas Journal of Oil, Gas, and Energy Law, the Texas International Law Journal, and serves as the Sutton Society Coordinator. 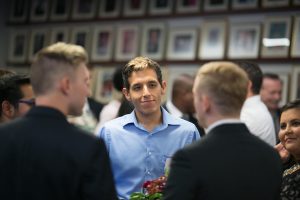 Diego Cervantes, ’18, was the Queer Graduate Student Alliance Liaison. Before coming to law school, Diego worked for an investment company in Houston. He completed undergrad at the University of Houston, majoring in Economics with a minor in Phronesis, a program in politics and ethics. Diego is also involved with the Texas Hispanic Journal of Law and Policy, the Texas Journal of Oil, Gas, and Energy Law, the American Journal of Criminal Law, the Chicano and Hispanic Law Student Association, and various pro bono projects at the law school and American Gateways.