A binomial test uses sample data to determine if the population proportion of one level in a binary (or dichotomous) variable equals a specific claimed value.  For example, a binomial test could be run to see if the proportion of leopards at a wildlife refuge that have a solid black coat color is equal to 0.35 (which is expected based on a genetic model).

The test calculates the probability of getting from a specific sample size, n, the number of the desired outcome (in this case, the number of leopards with a solid black coat color) as extreme or more extreme than what was observed if the true proportion actually equaled the claim (0.35).  This is calculated using the binomial formula:

Note: There is no test statistic calculated in a binomial test, as is typically found in inferential tests.  This is because the p-value is calculated directly using the binomial formula shown above.

In this video, a binomial test is run to see if the proportion of leopards with a solid black coat color equals 0.35. 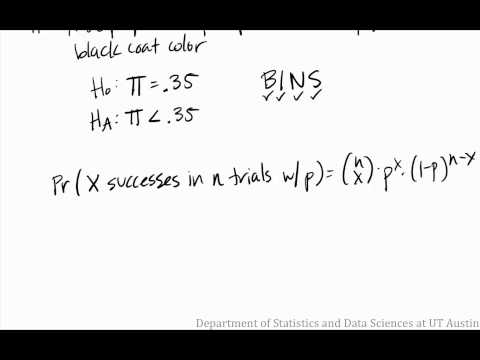 Sample conclusion:  There is no indication that the true proportion of leopards in this refuge with a solid black coat color is less than the proportion predicted by the genetic model, 0.35 (p > 0.05).

This example tests if the percentage of female artists performing on ACL Live is different from 50%. 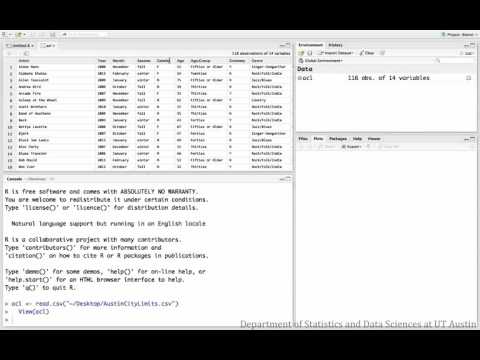 Sample conclusion: There is evidence to suggest that the percentage of female artists on ACL Live significantly differs from 50% (p < 0.05).