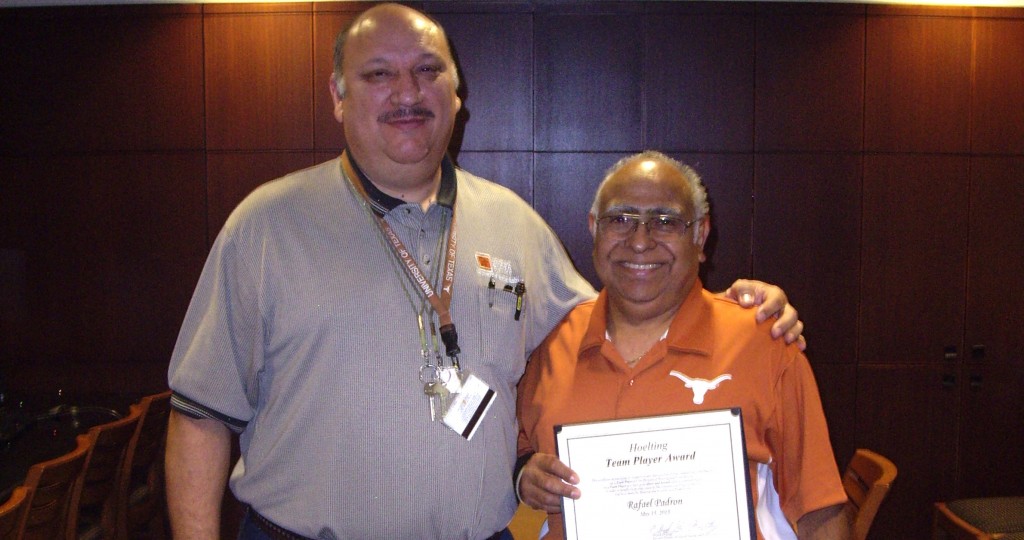 Valerie Aleman, Louis Episcopo and Rafael Padron, Housing and Food Service (DHFS), are the most recent recipients of the “Hoelting Team Player Award.”

Brooke Bulow, Office of the Vice President for Student Affairs; Rosy Rosales, University Unions; and a member of the DHFS staff who chooses not to be identified, all received Excellence Awards from The Eyes of Texas in May. 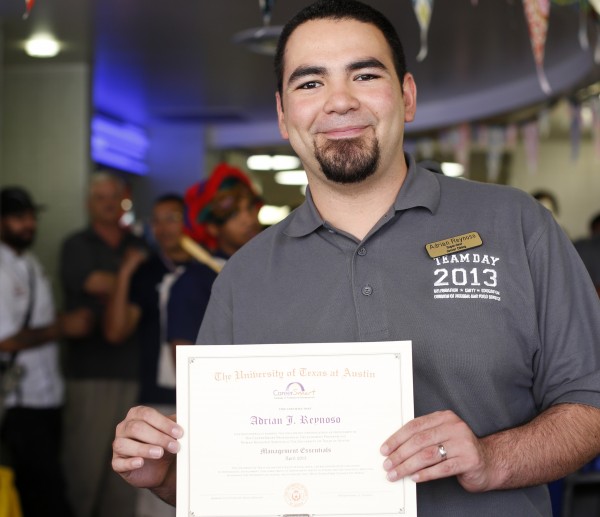 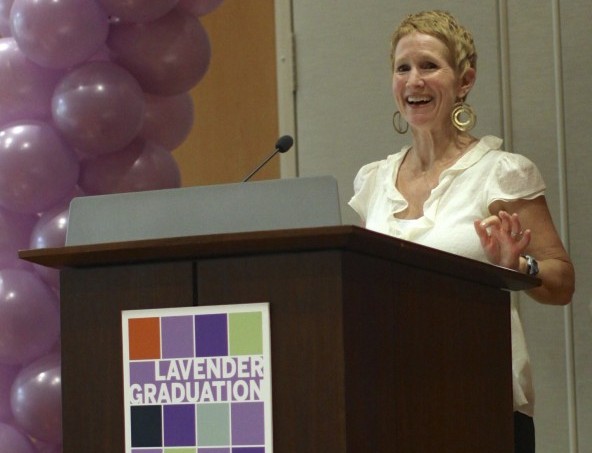 Lynn Hoare, Counseling and Mental Health Center, was presented with the 2013 AIR Award at Lavender Graduation. In 2008 a group of students created the AIR Award to honor Ana Ixchel Rosal, the director of the Gender and Sexuality Center, in acknowledgment of her work improving the lives of Lesbian, Gay, Bisexual, Transgender and Questioning (LGBTQ) students on campus. 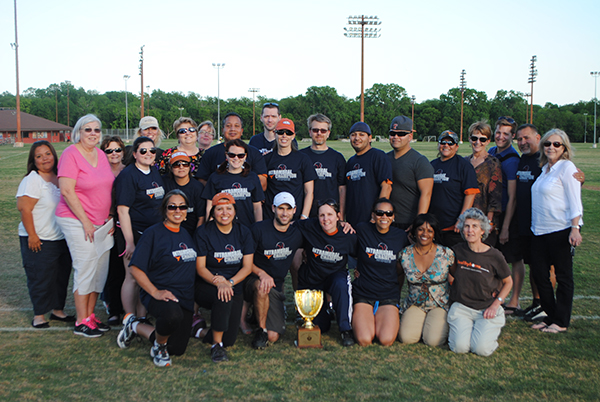 The Sutures from UHS prevailed as the division softball champions on May 7, defeating the International Office Globallers 12-1 in the final game of the season. Thanks to everyone who came out to play and cheer. With this victory, the Sutures reclaimed the Dr. Vick trophy from the Globallers.

Geek in the Heart of Texas, the team from the Office of the Dean of Students, won the Student Affairs challenge for Most Spirited Department at the RecSports Poker Walk.

… the Littlefield Patio Cafe staff with Housing and Food Service who received this comment from Annette Noorzad, business manager in the Office of the Vice President for Research: “I have recently visited the Littlefield Patio Café and each time have had the made to order sandwiches. I was very pleasantly surprised and it was great to have a sandwich made to order. The sandwich was great (turkey on a spinach wrap). The staff were very friendly and I signed up for dine in dollars today. I plan to visit your café many times more. Thanks for offering good food on campus (there are not many places like this around campus). I certainly will let my coworkers know too.“