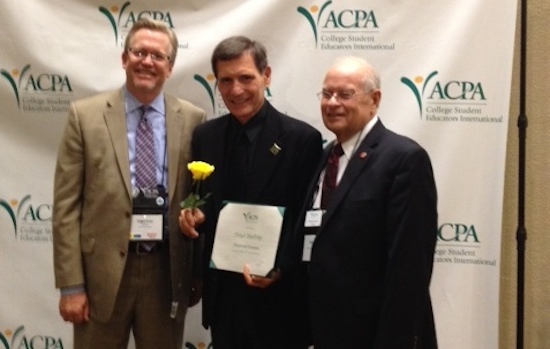 Floyd Hoelting, Housing and Food Service, was selected by The American College Personnel Association (ACPA) Foundation as one of its 2013 Class of Diamond Honorees. Nominated by colleagues, honorees must demonstrate sustained contributions to ACPA, higher education and the Student Affairs profession. 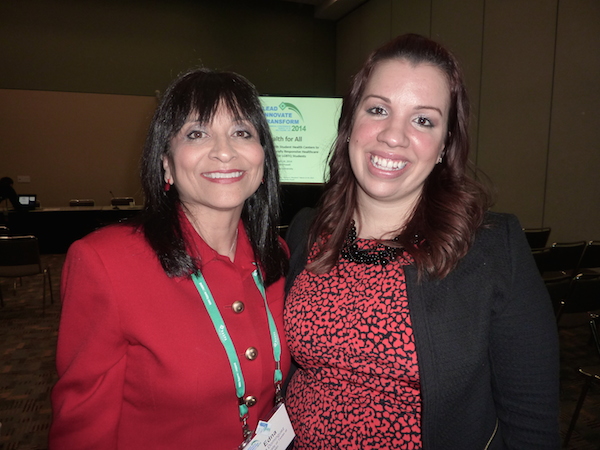 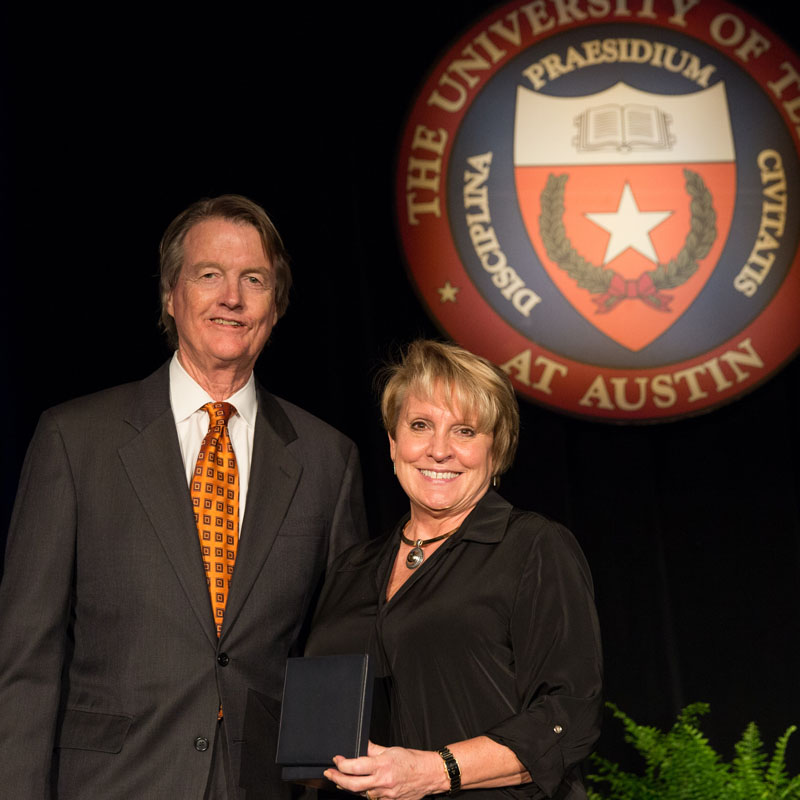 Tany Norwood, Office of the Dean of Students (retired), was awarded the 2014 Arno Nowotny Medal last month for her commitment to students and 27 years of passion and service to the university.

Adriana Alicea Rodriguez, Office of the Dean of Students, was awarded the Mena-Valdez Outstanding Mid-Level Professional Award by the NASPA-Latino Knowledge Community organization.

Audrey Sorrels, Office of the Dean of Students, has accepted an invitation to serve a three-year term as a member of the Editorial Review Board of the Journal of College and Character.

Aaron Voyles, Housing and Food Service, presented “Men Engaging in the ‘Lean In’ Phenomenon” at the 2014 NASPA Student Affairs Administrators in Higher Education conference in Baltimore.

Jennifer Zamora, University Unions, will be presenting “You’re Hired! Now What?” along with a colleague from the University of Colorado at Colorado Springs at the Association of College Unions International annual conference in Orlando on April 9.

… Hemlata Jhaveri and Aaron Voyles, Housing and Food Service, from University of North Carolina at Greensboro Graduate Assistant Christina Jordan about their recent presentation at NASPA: “I attended and participated in your workshop today and found it to be very eye opening and useful. As a graduate student, I was a bit nervous but you all created an interactive and accepting environment which really allowed me to focus more on the content of the workshop than my nerves. I just wanted to thank all of you and let you know that I will be relaying this information and this new way of thinking back to my office and department. Thank you again!”