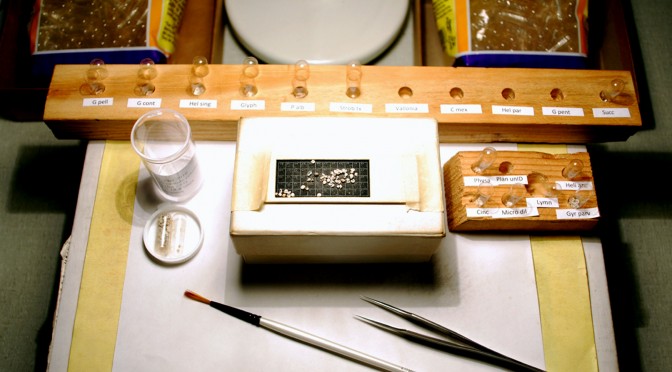 Archeomalacology is the study of mollusks in archeological contexts. Strictly speaking, this might include marine bivalves, marine snails, freshwater mussels, and various kinds of inland snails. In practice, though, I work only with snails (terrestrial, amphibious, and aquatic) from continental settings, along with some other kinds of very small invertebrate organisms that are sometimes recovered in snail sampling (pea clams, fingernail clams, and freshwater limpets).

There are two reasons why archeologists might want to commission studies of snails from archeological sites:

2) In Central and South Texas, snails of the genus Rabdotus were a conspicuous food item beginning in the Early Archaic and perhaps peaking in exploitation in the Late Archaic.

Furthermore, snails can be used as a source of organic material for radiocarbon assay or epimerization studies, and have also been used for carbon and oxygen isotope studies.

Although to most archeologists, “snail” and “Rabdotus” are synonymous, in reality there are many native Texas land and amphibious species and perhaps as many as 41 aquatic species (although DNA studies are collapsing this number). Kathryn Perez estimates that there are as many as 185 contemporary and extirpated terrestrial species and subspecies, although I am skeptical that all these of these species reports are valid (many reports probably date from decades ago, when taxonomic splitting was rampant, and the real number of Texas natives is probably significantly lower). There are also a few species that have been extirpated since the Pleistocene, and around a dozen or so invasive Eurasian land or aquatic species. The native terrestrial species differ widely in habitat preference and body size, from the tiny Carychium mexicanum (adult shell height, 1.7-2.0 mm) to Rabdotus alternatus (adult shell height, up to 4.3 cm). In archeological sites where habitats were favorable and proper sampling is done, generally about two to three dozen taxa can be expected. In Texas, the Lubbock Lake site holds the record for diversity, with just under four dozen taxa. 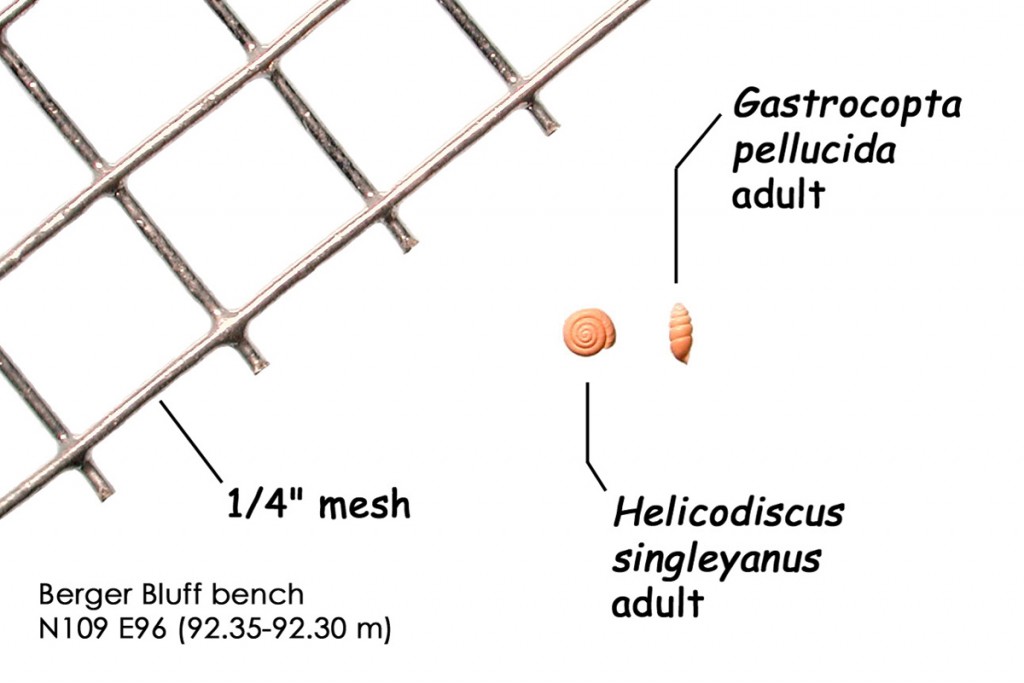 Image: Here are two of the most common micro-sized terrestrial snail species in Texas (these examples are from Berger Bluff, in Goliad County). Neither will be captured in quarter-inch mesh.  Image courtesy of Ken Brown.