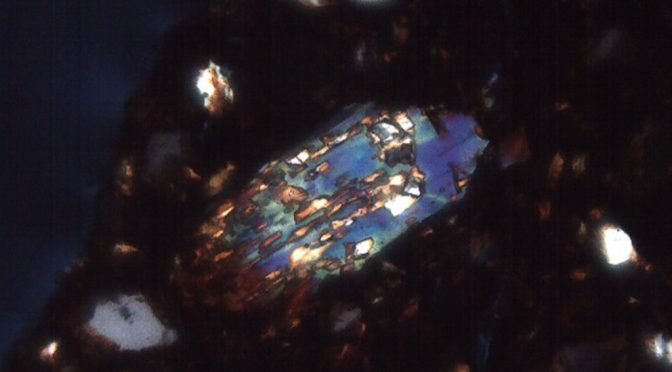 David Glen Robinson is a visiting researcher at TARL. This article is part of the June 2018 TARL Newsletter.

Recent ceramic petrographic work at the Texas Archeological Research Laboratory (TARL) has identified an unusual tempering material in a sherd of Leon Plain pottery from the Albert and Bessie Kronkosky State Natural Area in Bandera County, Texas. In petrographic work performed on a sherd of Leon Plain for Texas Parks and Wildlife Department under the supervision of Aina Dodge, the author identified the mineral olivine. The mineral was a co-temper with the more usual bone temper common in Leon Plain ceramics.

Olivine is an igneous mineral forming deep within volcanic vents or channels. It is considered an intrusive mineral and a component of basic, granular volcanic rocks such as gabbros. At the earth’s surface, olivine and other intrusives erode relatively rapidly, thus they are somewhat rare in surface deposits and not widely distributed. In hand samples, or gem forms, olivine is olive green, hence the name, and has vitreous luster.

The microphotographs presented here are all from the subject sherd, BN266, designated from its site, 41BN266. All the photos are taken in cross-polarized light, or xpl. This was done to show the array of distinctive colors of various specimens of olivine in the sherd matrix.

Given the rarity of olivine, the likely production locale of the pottery was several score miles northeast of 41BN266 on the Llano Uplift, where intrusive rocks were brought to the surface during the uplift events. An alternative source for intrusives is in the Big Bend and Marfa volcanic regions hundreds of miles to the southwest of Bandera County. More specific estimates of the sherd’s resource/production locality are not feasible at this time. 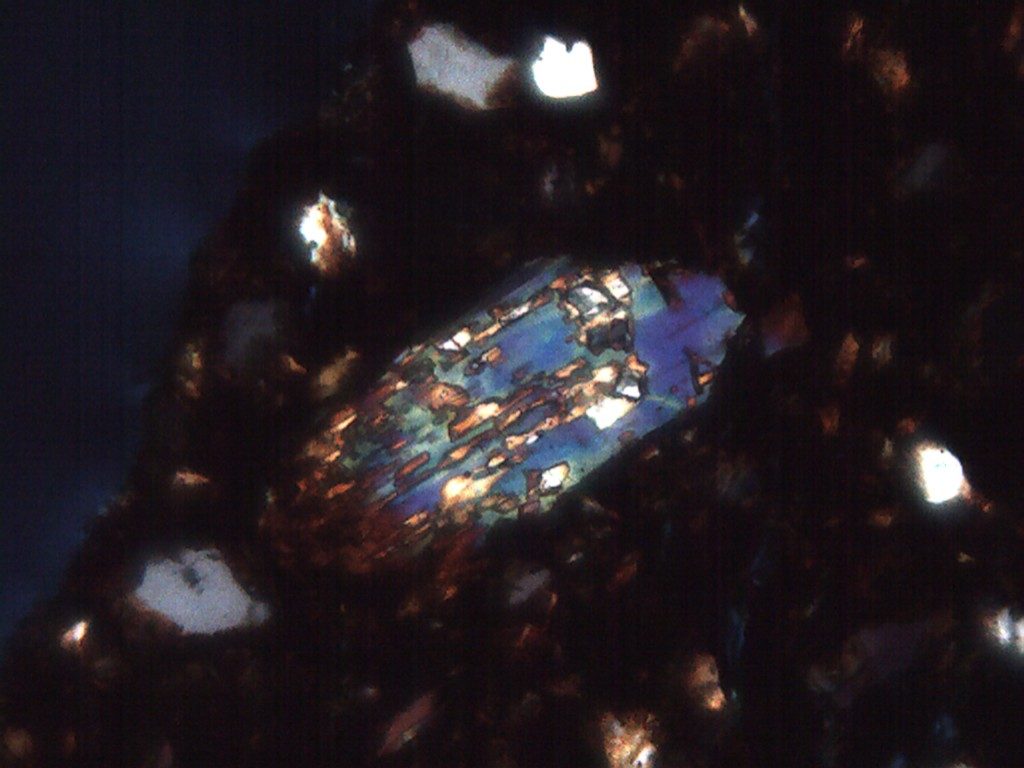 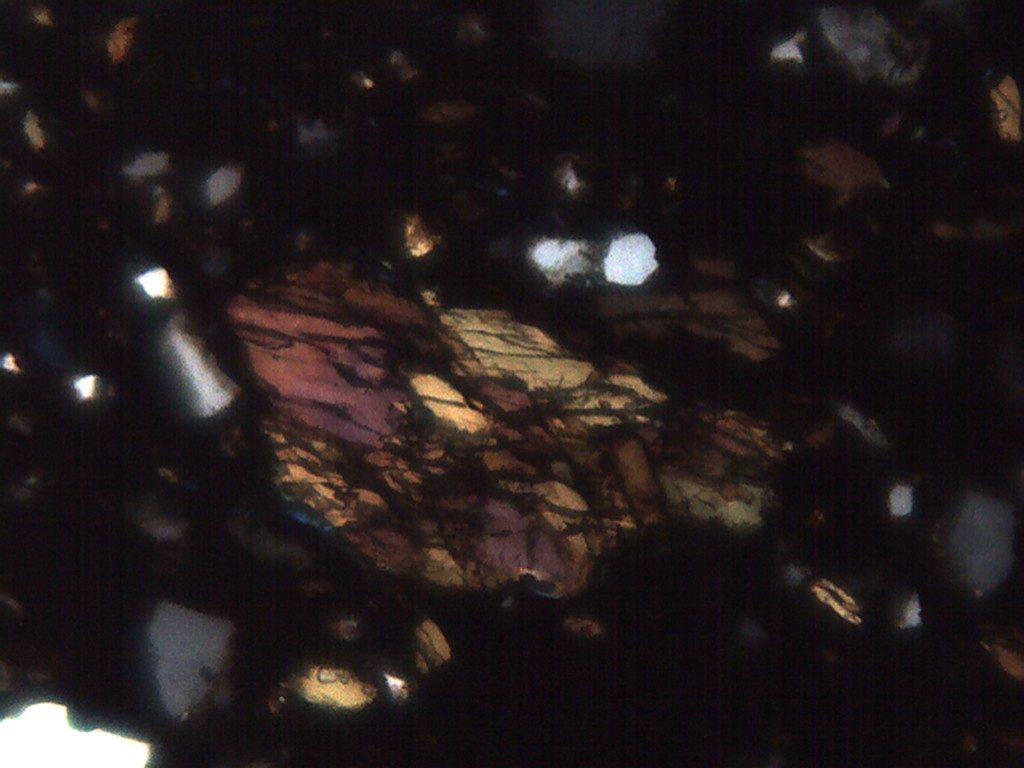 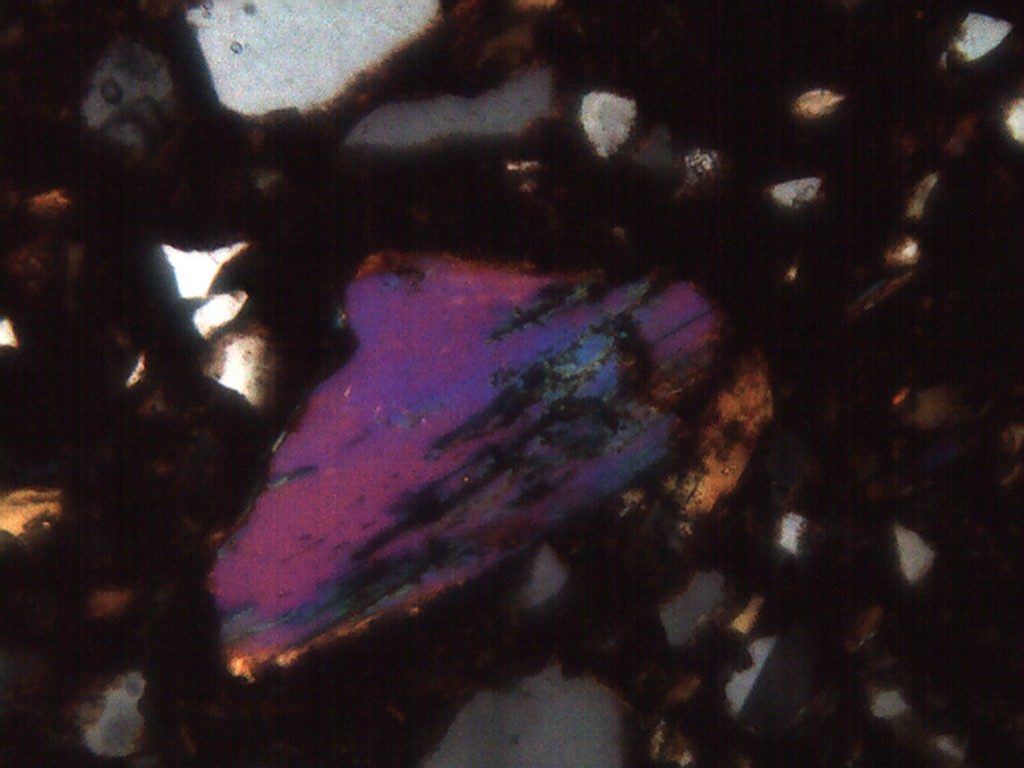 The ceramic petrography on the 41BN266 sherd was sponsored by TPWD and supervised by Aina Dodge. Timothy K. Perttula served asthe ceramic consultant to the project. Their guidance is gratefully acknowledged.