You are here: Home / Archives for @TexasSteveHicks

The Steve Hicks School of Social Work’s Master’s in Social Work program has received a 7th place ranking, tying with University of North Carolina at Chapel Hill’s program, according to US News and World Reports. Graduate rankings and undergraduate rankings from US News and World Reports are released in alternating years. In the 2020 graduate program […]

The University of Texas at Austin is the No. 1 school for veterans in Texas, according to U.S. News & World Report, and was recently honored with a gold medal designation from the Texas Veterans Commission. Established by the State of Texas, the Veterans Education Excellence Recognition Gold Award recognizes universities that provide excellence in […]

The University of Texas at Austin’s Health Behavior Research and Training Institute (HBRT) and the National Association of Social Workers (NASW) Foundation have been awarded a $3.3 million grant by the Centers for Disease Control and Prevention (CDC) to engage the nation’s 700,000+ social workers in boosting COVID-19 vaccine confidence, uptake and access, particularly among populations with […]

The University of Texas at Austin will collaborate with UT Southwestern Medical Center on the nation’s first study of suicide prevention for LGBTQ+ young adults – a group at higher risk for depression and suicide. The study, supported by a $5.4 million award from the Patient-Centered Outcomes Research Institute (PCORI), is aimed at identifying whether interventions tailored […]

Although older adults face high risk for falls, many are unable to utilize community-based fall prevention programs due to their mobility limitations. In a recent study published in the Journal of Applied Gerontology, Steve Hicks School of Social Work researchers found that a brief fall-prevention program that included a tablet-based, gamified exercise app was well received […]

Texas took an important step forward in the past year in training leaders in service to children and adolescents with autism and other disabilities. The University of Texas at Austin’s Texas Center for Disability Studies (TCDS) was awarded the prestigious LEND grant to develop the next generation of interdisciplinary leaders prepared to improve the lives […]

Law enforcement officers, prosecutors and victims services professionals have a new set of tools to better understand and respond to sexual assault on college campuses and in local communities — just as many students are preparing to return to campus. The Institute on Domestic Violence & Sexual Assault (IDVSA) in the Steve Hicks School of Social […] 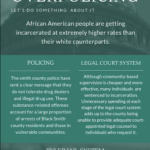 Junior Carrington Lee is passionate about social justice. This past fall, when she had to choose a research topic in professor Doug Smith’s social policy course, she decided to focus on the racial disparity in incarceration rates in Smith County. “As an African American woman, this is an important issue for me,” Lee said. “The […]

Working with countless disabled and homebound older adults, professor Namkee Choi sees many who live with no health insurance. After the onset of disability in their 50s, people could no longer work and lost their coverage. “Eligibility for Medicare and/or Medicaid is tough, and many did not have it for many years when they needed […] 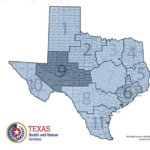 Texans who support victims of sexual assault have not always had access to the localized information they need to connect the survivors to services and resources in their area and across the state. Now, new research from The University of Texas at Austin will enable survivors of sexual assault, professionals supporting them, and lawmakers to see the […]