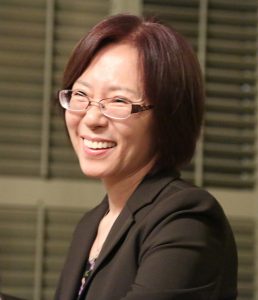 Professor Namkee Choi was one of five UT Austin researchers to receive a Presidential Early Career Award. This award is the highest honor given by the United States government to scientists and engineers beginning their careers.

Choi was nominated by the National Institutes of Health in 2015, for her project on older adults and telehealth. NIH’s criterion for “early career” nominations is that the investigator must be in the first year of a major NIH grant, even if they may have established careers with funding from o ther sources, as is in Choi’s case.