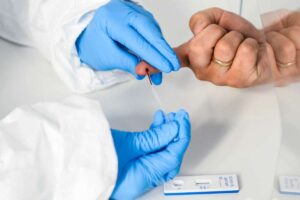 There’s a lot of talk about antibody levels as a measure of immunity against COVID-19 after infection or vaccination. This clashes with the knowledge that the immune system remembers prior invaders and can be reactivated if there is a new exposure.

Antibodies are proteins the body uses to recognize foreign substances that should not be in your blood and flag down immune cells to destroy the invader. When a pathogen, such as a virus or bacterium, enters the body, the immune system is triggered to produce more antibodies. Vaccines often work by introducing an unharmful or artificial part of a pathogen into your body to make it produce antibodies. The level of antibodies may wane, but the B-type immune cells remember and can ramp up production of the invader returns.

Antibody tests detect whether a specific antibody is currently circulating in your body which is generally considered a marker of recent infection of immunization. Initially, COVID-19 antibody testing was used as one measure of whether or not a person had been infected with the virus. However, because it can take 1 to 3 weeks after the initial infection for antibodies to be measurable in your body, the tests are not used to detect a recent or active infection.

So, antibody testing cannot tell you if your body is capable of producing an effective immune response against COVID-19. You may be able to mount a strong response even if you have no measurable antibodies in your blood. 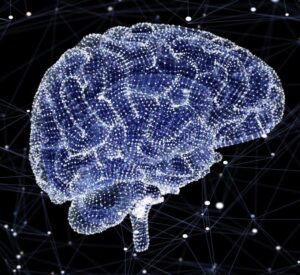 The human brain is complex. Despite advances in neuroscience and brain imaging, much of how the brain functions remains a mystery. This vast uncertainty may be one reason many misconceptions about how the brain works persist in popular culture. For example, one common myth is that humans only use 10% of our brains.

The origins of this myth can be traced back to the early 1900s. Psychologist and philosopher, William James, wrote a book in 1908 in which he claimed that humans only use a small part of our mental resources. This theory was backed up only by observation and anecdotes, without any scientific evidence to support the claim. However, the idea that humans have untapped brain potential was popularized and has become the topic of many motivational speeches, self-help books, and Hollywood movies.

However, using a technique called functional magnetic resonance imaging (fMRI), scientists and doctors can see which parts of the brain are activated during different tasks. The fMRI scans show that even during simple and routine tasks like talking, walking, or listening to music, people use almost every region of their brain.

In addition to conscious tasks, the brain is responsible for performing many functions that you might not be aware of, such as coordinating movement and balance, regulating your body temperature, and making sure your organs are functioning. So even when you think you are doing nothing, you are using far more than 10% of your brain to control things like your heart rate or breathing. In fact, in a 24-hour period, you have likely activated every region of your brain. 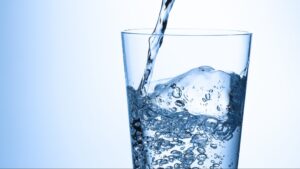 About 60 to 75% of your body weight is made up of water, and water has an important role in maintaining vital bodily functions. For example, water is essential for digestion, joint lubrication, nutrient absorption, and much more. Since your body loses water through things like breathing, sweating, and urinating, it is important to replenish your water supply to keep your body functioning properly. So, how much water do you need to drink daily to keep your body functioning properly?

You might have heard of the 8×8 rule, a theory that drinking 8 eight-ounce glasses of water a day has health benefits. This equates to drinking a little more than half a gallon daily. However, there is no evidence to support that 8 eight-ounce glasses of water is an ideal amount of water intake, and it is unclear where the rule originated. The amount of water that is healthy for a person to drink daily may vary by body weight, environmental temperature, and physical activity levels.

One proposed benefit of drinking excess water is for appetite suppression. One study found that young men who drank 2 glasses of water before meals ate 22% less than those who did not. However, another study found that drinking water before eating only reduced meal consumption in older adults, not younger adults. It’s not clear that drinking water can play a role in appetite suppression and more experimental evidence is needed. Other proposed benefits of drinking excess water are an improvement in skin complexion or reductions in the intensity of headaches, but these claims are not supported with experimental evidence.

Our bodies are designed to make sure we have enough water. Most water absorption happens in the kidneys. Within seconds, the kidneys can make molecular adjustments to increase or decrease water absorption. For example, if you drink more water than your body needs, you pee out the excess water. On the other hand, if you drink less water than your body needs, your kidneys conserve water and signal your brain to make you feel thirsty. The kidneys help adjust water levels based on the body’s needs. There is no single answer for how much water is healthy to drink daily. However, your water intake is likely adequate if you rarely feel thirsty and if your urine is colorless or a light yellow.