UT Aquaponics started in Fall 2014 when two members of Engineers for a Sustainable World (ESW), Nicholas Phillips and Alina Dale Lapotin, submitted a proposal to what is now known as the Green Fund Committee for permission and funding to build an aquaponics system. They wanted the system to include sensors that could monitor key parameters and alert the system operator when something needs fixing. For example, the system should be designed to alert when the pH is too low, or if the water is too high. The goal of this project is to educate the UT community about aquaponics by letting students work collaboratively to design, build, and operate an aquaponics system.

In Fall 2015, project lead Andy Bussing and three other students from ESW began designing and gathering materials for the first aquaponics system. With the help of faculty adviser Delia Brownson, they found a home for UT Aquaponics in the Painter greenhouse, and decided to build two different types of systems: a floating raft system and a media bed system. For the next two years, Megan Fitch served as the project lead, guiding members in improving upon and utilizing the current systems. Mitchell Sommer and Kirstie Young led project from 2018 to 2019. As of Fall of 2020, the project is led by Anh Nguyen and Zoe Welch. In the past, UT Aquaponics has grown a variety of plants such as Swiss Chard, basil, and broccoli. On May 5, 2016, UT Aquaponics gave away their first harvest of chard at the UT Farm Stand. 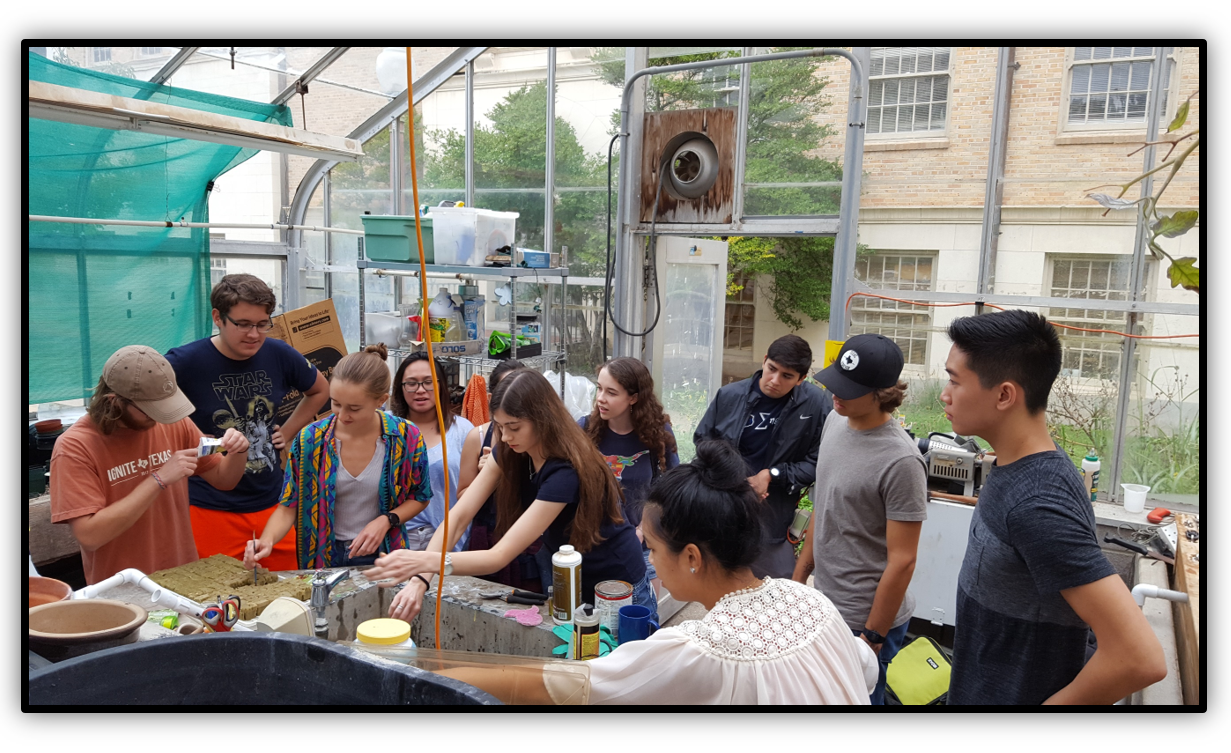 Currently, the media bed system is home to goldfish and crops of tomatoes and kale. On October 3, 2017, UT Aquaponics was given a grant to renovate a second greenhouse in order to expand their project space. As of now, multiple new systems are to be designed and built for this new greenhouse. Additionally, a sensors team was established in the Fall of 2017 by Corey Hulse and Sam Wicoff. Holding true to the original Green Fee proposal, UT Aquaponics will have these sensors gather data for monitoring and research purposes. The sensors team is also working on automating different aspects of the systems, such as feeding the fish and maintaining water level and temperature. Jill Parrish, UT’s Green Fee coordinator, guides the team with regards to administrative and financial aspects of the project.

Aquaponics is the combination of hydroponics (the cultivation of plants in water) and aquaculture (raising fish in tanks). As a modern agricultural system design based on old methods of sustainable farming, some of which date back to the early 12th Century and the Aztecs, an aquaponics system is closed-loop, and very few inputs are needed to maintain it. Fish food, electricity for the pump, and an occasional refill of water lost by evaporation are all that are needed to keep an established system running. Aquaponics also does not require land use as the process can be done inside and requires much less water than standard agricultural practices. The final products are both fish and plants, making it one of the most efficient and sustainable methods of food production today.

A Short Documentary on the Greenhouses In Which We Work: 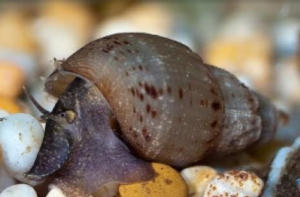 Here’s a concise explanation of Aquaponics: