By Elle Covington and Brenna Wheeler

This week, we’re celebrating the life and legacy of the rabble rousing and possibly queer human rights activist and First Lady, Eleanor Roosevelt. She was an outspoken and controversial figure during her life, making many interesting friends and powerful enemies, including J. Edgar Hoover, and thus the FBI. She has the distinction of having one of the largest files in the FBI’s collection.

The sheer amount accomplished during her 78 years can and does fill volumes, and though we can’t do the full breadth or depth of it justice here, we highly recommend the linked resources to get a taste of the fascinating life of this fearless person.

October 11 marks the 135th anniversary of her birth, and it feels especially appropriate this year to revisit her words and reflect on the legacy that continues through the ongoing struggle for equality for all people, including those she considered her chosen family.

Roosevelt was born on October 11, 1884 in New York City to Anna Rebecca Hall and Elliot Roosevelt, brother of future president Theodore Roosevelt. She was raised by her maternal grandmother, Mary Livingston Ludlow after the death of both of her parents by the time Roosevelt was 9.

In 1905, at the age of 20, Eleanor Roosevelt married her fifth cousin, once removed, Franklin Delano Roosevelt. During the early years of their marriage, she became increasingly politically and socially active, while her husband started his own political climb.

In 1933, FDR was inaugurated as the 32nd president of the United States and Eleanor Roosevelt became an explosive and influential first lady. Two days after the inauguration, Roosevelt became the 1st First Lady to hold her own press conferences. The idea was suggested to her by Associated Press reporter Lorena Hickok, who Roosevelt would go on to have long and likely intimate relationship.

Roosevelt also began writing a regular newspaper column, entitled “My Day,” and worked as a radio commentator to the chagrin of many in the White House. On December 7, 1941, Roosevelt gave a radio address on the attack at Pearl Harbor before FDR’s address to the nation.

During World War II, Roosevelt continued to be a voice for human rights. She wrote and spoke out harshly against Hitler and Mussolini and even openly criticized and argued against her husband’s policy of Japanese internment in the US. She lobbied for day care centers and wage equity for women entering the work force, and convinced FDR to create a Committee on Fair Employment Practices to ban employment discrimination on the basis of race and ethnicity.

FDR died in April 1945 while still in office, ending Roosevelt’s time as First Lady after 12 years in the position. However, this did not conclude her influence or humanitarian drive. No longer constrained by the political restraints of the white house, she immediately joined the NAACP Board of Directors and the Congress on Racial Equality Board. Then, in December, President Truman appointed Roosevelt to serve as the only woman delegate to the new United Nations General Assembly.

In 1961, President Kennedy appointed Roosevelt to chair the Presidential Commission on the Status of Women. Though she participated in the commission for as long as she was able, Roosevelt succumbed to bone marrow disease before the final report could be issued.

During her life, Roosevelt’s social status as well as her activism put her into contact with many well-known figures. She forged long-standing friendships with such pioneers as Carrie Chapman Catt, Pauli Murray, Martha Gellhorn, and Amelia Earhart as well as many other reformers and activists.

There has been much debate surrounding the extent of the relationship between Roosevelt and AP reporter Lorena Hickok. Lengthy, daily letters between the two hint at more than a platonic friendship, at least during some portion of their relationship. Whether or not the relationship ever became physical, queer relationships were not a foreign concept for Roosevelt. Her closest friendships throughout the 1920s were with two lesbian couples whom she considered her chosen family: Marion Dickerman and Nancy Cook, and Esther Lape and Elizabeth Read (p. 70).

Roosevelt’s friendship with activist and future Pulitzer Prize winner Joseph Lash brought Roosevelt to the attention of the FBI, culminating in a 3,000 page FBI file following her through the White House years and beyond, concerned primarily with her involvement in civil rights activism.

Thirty-eight years after her death, President Clinton declared October 11, 2000 Eleanor Roosevelt Day in honor of her tireless work to promote the health, dignity, and welfare of all people. Now, 19 years after that, October 11 is marked by a US Supreme Court hearing in which the basic tenants of the Universal Declaration of Human Rights hang in the balance.

Earlier this week, the court began hearing and debating three cases of alleged employment discrimination against members of the LGBTQIA+ community. The debate centers around whether or not sexual and gender minorities fall under the employment protections of Title VII of the Civil Rights Act.

Throughout her life, and especially during the later years when her most ardent civil rights work was accomplished, Roosevelt adamantly insisted that education, housing, and employment were basic human rights, to which all people are entitled.

According to the Universal Declaration of Human Rights, arguably Roosevelt’s greatest accomplishment:

It is still to be seen whether the Supreme Court will follow the example of Eleanor Roosevelt in declaring these rights for all people, or whether they will decide that employers are able to deny the right to employment to members of a community with whom Roosevelt, if she were alive today, might even choose to identify.

The Supreme Court’s decision is expected next June. 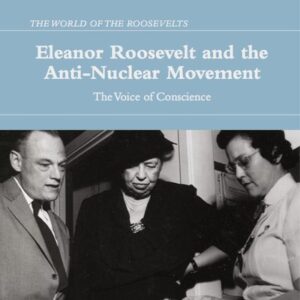 *Featured photos at the top of this post are Public Domain images courtesy of the Franklin D. Roosevelt Library archives.