↓ Skip to Main Content
Home › Economic › The potential to save animals by killing them?

The potential to save animals by killing them? 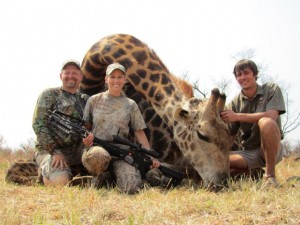 Lions in Africa are one species that have been well-monitored for population impacts due to sport hunting.  Because of habitat destruction, most lions are only able to reside in protected areas, making lion-hunting an expensive endeavor (how can one hunt a lion if there is no place to do so?).  In order to recuperate sunk costs, some firms are allowing sport-hunting for a high fee. Loveridge et al (2004) assessed the effects of sport hunting in Zimbabwe, and although the study is somewhat dated (1999-2004), it nevertheless gives a good beginning insight into how sport hunting can change population dynamics as well as endanger current populations.  Researchers tagged sixty-two lions (female, male and young male) at the start of the study, and at the end thirty-four had died or gone missing; of the thirty-four, twenty-four were killed by sport hunters.  Sport hunting is a way to quickly raise funds, however, “poorly defined or mixed objectives, institutional failure, lack of management capacity and corruption” can negate any positive conservation effects that could have come from the hunting, according to Loveridge et al. The Loveridge et al study also states:

There has been considerable debate as to whether hunting of this species is carried out on a sustainable basis in some areas (Pain, 2003). Creel and Creel (1997) suggest that hunting in Selous Game Reserve, Tanzania is sustainable with an off-take of 4% of adult males while Greene et al. (1998) modelled the effects of male infanticide and suggest that removal of 10% of adult male lions will result in a stable harvest. These off-take levels are similar to levels considered sustainable for other large carnivores, e.g., brown bears, Ursus arctos ( Swenson et al., 1994). Whitman et al. (2004), in an alternative model, parameterised with data from the Serengeti, Tanzania, suggest that removal of males of 6 years and older will not affect the persistence of a lion population and furthermore, if age limits were used quotas would be unnecessary. However, some field research indicates a wider reaching influence of removing male lions. Yamazaki (1996) found that social behaviour may be disrupted by removal of pride males by sport-hunters and Cooper (1991) found that, in male de-populated areas, spotted hyenas (Crocuta crocuta) kleptoparasitise kills from those prides without a territorial male present, impacting the ability of females to retain kills.

Debates still exist over how to make a hunt sustainable for long-term population growth, as evidenced above.  More importantly, though, is how sport hunting can benefit conservation efforts, not just avoid population declines.  Usage of funds, corruption levels, and implementation are important factors to secure before sport hunting can be considered beneficial to conservation efforts. Overall, it seems possible, provided it is done correctly. 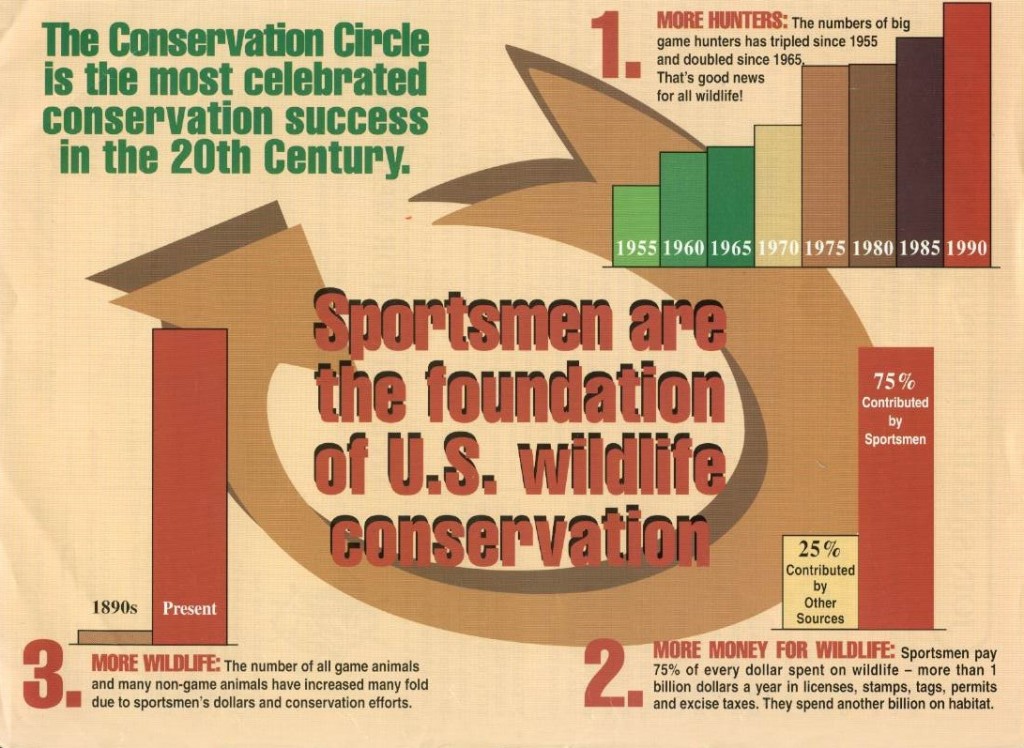 In a 2007 National Geographic article, sport hunting is said to be a two-hundred million dollar industry.  The demand for sport-hunting on private lands is higher than the demand for conservation efforts on park lands.  The flow of cash into local economies (theoretically)  creates incentives for wildlife conservation — without proper and sustainable monitoring and hunting, the economies could no longer benefit from wildlife.  This is an issue related closely to eco-tourism and the impacts on local economies.  There has been a call to regulate wildlife sport hunting in order to create more benefits for conservation efforts as well as local economies.  One proposed plan, according to National Geographic, demands that

” hunting operations[ would have to] prove their commitment to animal welfare,[use]  careful management of hunting quotas, [have] wide-ranging conservation objectives, and [the] develop[ment of] local communities.

The details of such efforts are where the best-intentioned plans fall short.  Without strict regulations on where the money raised will go, how it will be used, what ways local communities will see developments, what the conservation objectives are, and what the hunting quota should be set at, sport hunting will fail to be beneficial to conservation efforts. However, if these standards are met and managed, sport hunting could be an effective tool for conservation.