Zambia recently announced the end of a twenty month ban on trophy hunting. This announcement came from Zambia’s Minister Of Tourism and Arts, Ms. Jean Kapata, who replaced the previous minister Ms. Sylvia Masebo after she was fired for being found guilty of abuse of power and lying under oath. As noted by Dr. Nowak of Durham University, this is only the latest development in Zambia’s confusing balancing act between wildlife conservation and trophy hunting. Zambia originally announced the ban in January 2013, citing corruption in awarding hunting concessions. Zambia’s move to allow trophy hunting is part of an ongoing debate that is occurring across Africa and much of the rest of the world on the effectiveness of trophy hunting in conservation efforts. 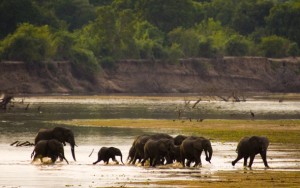 Zambia’s latest move was not a complete lifting of all restrictions on trophy hunting. The Zambia Wildlife Authority later issued a statement clarifying that a ban on the hunting of elephants and big cats will still be in place. Considering the high price paid by hunters for elephants and big cats, this was an interesting decision made by Zambia. As stated by Ms. Kapata,

We lost too much revenue following the ban on hunting and the Zambia Wildlife Authority (ZAWA) had a lot of financial problems.

Ms. Kapata’s statement brings up an argument that has been put forward by hunters and their support groups for quite some time. The revenue generated by trophy hunting in Africa can be as high as several hundred million dollars. This revenue creates local jobs, utilizes land unfit for eco-tourism, and helps support conservation efforts by giving locals financial incentives to sustainably maintain wildlife populations. Hunting groups cite the large revenue figures when debating the usefulness of trophy hunting as part of conservation efforts. Despite this revenue, many conservation groups debate the effectiveness of trophy hunting as a conservation measure.

Where this revenue goes is one of the biggest problems trophy hunting’s proponents face. Trophy hunting may generate several hundred million dollars, but if the large hunting license fees (which can reach as high as $350,000) do not find their way back to local communities and to conservation efforts then trophy hunting’s effectiveness can be (and is) called into question.

When done correctly, trophy hunting appears to be a useful conservation tool. Namibia is one such country that appears to have gotten the use of trophy hunting as a conservation tool right. Namibia made the decision in the 1990s to turn control of their wildlife populations over to local communities, giving them an incentive to make sure that the wildlife populations are protected and well-managed. As stated in an article earlier this year,

Community conservancies now control almost 20 percent of Namibia — 44 percent of the country enjoys some form of conservation protection — and wildlife numbers have soared. The mountain zebra population, for instance, has increased to 27,000 from 1,000 in 1982. Elephants, gunned down elsewhere for their ivory, have gone to 20,000, up from 15,000 in 1995. Lions, on the brink of extinction from Senegal to Kenya, are increasing in Namibia.

Success elsewhere around Africa is not as clear cut. Namibia is a relatively small country and lacks the massive wildlife populations of other countries such as South Africa. Namibia also has the ability to carefully monitor its wildlife populations and makes sure the revenue generated from trophy hunting actually goes to those individuals who have a stake in maintaining the wildlife populations. Earlier this year, the U.S. Fish and Wildlife Service suspended the import of elephant trophies from Zimbabwe and Tanzania due to the organization’s inability to meet import requirements under the Endangered Species Act and the Convention on International Trade in Endangered Species of Wild Fauna and Flora. As stated in the U.S. Fish and Wildlife Service’s press release,

Given the current situation on the ground in both Tanzania and Zimbabwe, the Service is unable to make positive findings required under the Convention on International Trade in Endangered Species of Wild Fauna and Flora (CITES) and the Endangered Species Act to allow import of elephant trophies from these countries. Additional killing of elephants in these countries, even if legal, is not sustainable and is not currently supporting conservation efforts that contribute towards the recovery of the species.

It is unclear what the impact of this ban will be. Given that a large percentage of hunters that go to Africa are from the U.S., both Zimbabwe and Tanzania stand to lose a significant amount of revenue from this ban. This loss of revenue may incentivize Zimbabwe and Tanzania to shore up their conservation efforts in an attempt to have the ban removed. Both bans are in place until the end of 2014. The Fish and Wildlife Service intends to re-evaluate both bans for 2015 as well, so many conservation and hunting groups will be keeping their eye out for this decision.