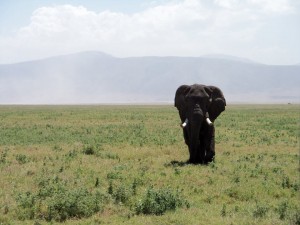 I’ll include a handful of my pictures from Tanzania to draw you into this post.

Ecotourism is only viable when the infrastructure is stable, communities see the returned value in conservation for tourism, and if the environment is suitable for tourists.  The two most significant threats to ecotourism are poaching and human-wildlife conflict, including disagreement over land use and conservation efforts. In the former, the focus is on poaching by traffickers intent on removing high value wildlife like elephants and rhinos in order to profit from their body parts; in the latter, the focus is on conflicts between humans and wildlife, particularly over land use designations (conservation v. agriculture). Security concerns, such as the current conflicts in Kenya involving Al Shabaab or terrorist organizations or the Ebola outbreak of 2014, as well as conflicts over alternative land use for oil or natural gas are threats as well, though on a smaller scale. 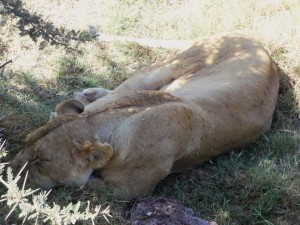 Countries like South Africa are struggling to combat poaching on national park lands as it compromises wildlife populations.  In 2014, 1,215 rhinos were killed in South Africa alone – a jump of over 200 rhinos from the 2013 numbers.  Within Kruger National Park, 827 rhinos were killed in 2014. South Africa is home to over 75% of the rhino population in Africa, and large scale poaching here has enormous effects on rhino populations throughout the continent. A growing demand for rhino horn for traditional Asian medicine in countries like China and Vietnam has dramatically increased poaching incidents for rhinos (in 2007, only 13 rhinos were poached).  Yet even with increased numbers of poaching incidents, very few arrests are being made.  In 2013, 1,004 rhinos were poached in South Africa, and only 343 arrests were made. The increase in poaching of rhinos has also led to increased costs of operations for national parks. This increase in costs, deemed “dead money” because there will be no return on the inflated expense of protecting rhinos from poachers, means less money is available to conserve other species in the region, as well as keep up with general costs of the national parks. Current rhino population decreases may not reduce the number of tourists visiting the region, but as security costs continue to increase, tourists may be less inclined to visit South Africa. 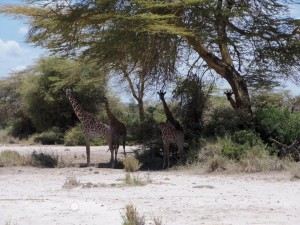 Communities that rely on ecotourism for a large proportion of their earnings are at risk of losing significant revenue when poaching in the area is not met with resistance.  Additionally, boycotts from tourists avoiding areas where poaching is unchecked can negatively impact these communities in the same way.  The loss of wildlife in these regions may devastate the economy that depends so heavily on it.  Better management practices and anti-poaching efforts could provide more incentives for conservation, decrease poaching, and, as a result, trafficking. If ecotourism is developed in a way that communities can reap the benefits of their conservation efforts, poaching can be reduced. 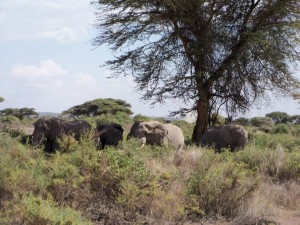 Community Based Ecotourism (CBET) is the term for community-based projects that use ecotourism to promote conservation and economic development.  CBET is defined as “travel to natural areas that conserves the environment and sustains the well-being of local people.”  This definition helps to narrow the scope from general ecotourism to ecotourism that is sustainable, both financially and environmentally.  CBET can be beneficial if managed appropriately, however, much data suggests that this is not the case.  Below are the various pros and cons of CBET. 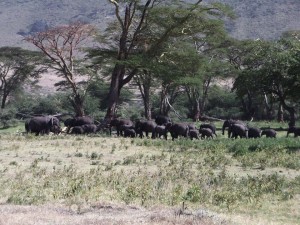 In first person interviews conducted in March 2015 in Tanzania, most tour operators believed that the poaching issue could be easily tackled, if the government was given appropriate resources as well as incentive to shut down illegal wildlife trade.  Most tour operators also stated that poaching was not as significant a problem for the tourism industry as human- wildlife conflict over land use. Many tour operators in Tanzania agreed with the statement “human-wildlife conflict is the biggest threat to ecotourism at this time.”  Operators that have been in the country for several decades have seen poaching as an issue, but mostly in areas that do not see much ecotourism.  However, they have seen human-wildlife conflicts, particularly over land-use, immediately strain conservation efforts.