Through my research and a March 2015 journey to Tanzania, where I met with the ecotourism industry leaders in northern Tanzania, I have concluded that the United States can more appropriately address wildlife tracking by funneling a larger percentage of the $80 million a year into two ongoing efforts. The first is infrastructure. Sufficient infrastructure is necessary for a country to sustain an ecotourism industry. Tourists require airlines, airports, roads, amenities, hotels and utilities. A developing country can lose potential revenue by not investing in ecotourism infrastructure.

Unreliable or inadequate infrastructure can deter tourists from visiting a country. For example, if airports that service ecotourism sites are undersized or expensive a country and community may lose potential revenue as tourists take their money to other more accessible and affordable ecotourism locations. Additionally, if a country lacks passable and dependable roads, tourists may be unable to consistently access ecotourism destinations, causing a loss of revenue to local communities. The United States Government (USG) in collaboration with the Global Environment Facility, Africa Legal Support Facility, or Public-Private Infrastructure Advisory Committee can support developing countries in the construction and expansion of dependable and adequate infrastructure. USG support could focus on encouraging developing countries to identify, to examine, and if necessary, to improve key infrastructure most used by tourists. Specifically, the USG could fund infrastructure construction projects or provide developing countries with the equipment and expertise necessary to undertake ecotourism infrastructure construction and expansion. However, infrastructure programs can be multi million or billion dollar projects. Short of fully funding these costly projects, the USG could collaborate with international financial institutions, such as the World Bank, African Development Bank, Multilateral Investment Fund, International Monetary Fund, or EXIM Bank to raise credit, support export credits, establish equity funds, or identify investors. Additionally, the USG could support these projects by providing construction equipment or technical expertise to support the planning and execution of infrastructure maintenance and expansion.

The second way the United States can effectively combat wildlife trafficking is by funding anti-poaching efforts. Anti-poachers require equipment and vehicles to locate, track, and apprehend wildlife traffickers and poachers. These anti-poaching units, rangers and volunteers are often underfunded, outmanned and outgunned by criminals. Wildlife trafficking and poaching is a lucrative business that attracts nefarious individuals who are willing to murder in their pursuit of wildlife body parts. The poaching of wildlife has the potential to detract from a country’s ecotourism industry by shrinking the population of charismatic mega-fauna available to tourists. Additionally, poaching may compromise the security of a region and dissuade tourists from visiting ecotourist attractions that are subject to the dangers of poaching. This policy option also directly supports President Obama’s first strategic priority (strengthen enforcement) to combat wildlife trafficking, as outlined in the 2015 “National Strategy for Combating Wildlife Trafficking”. 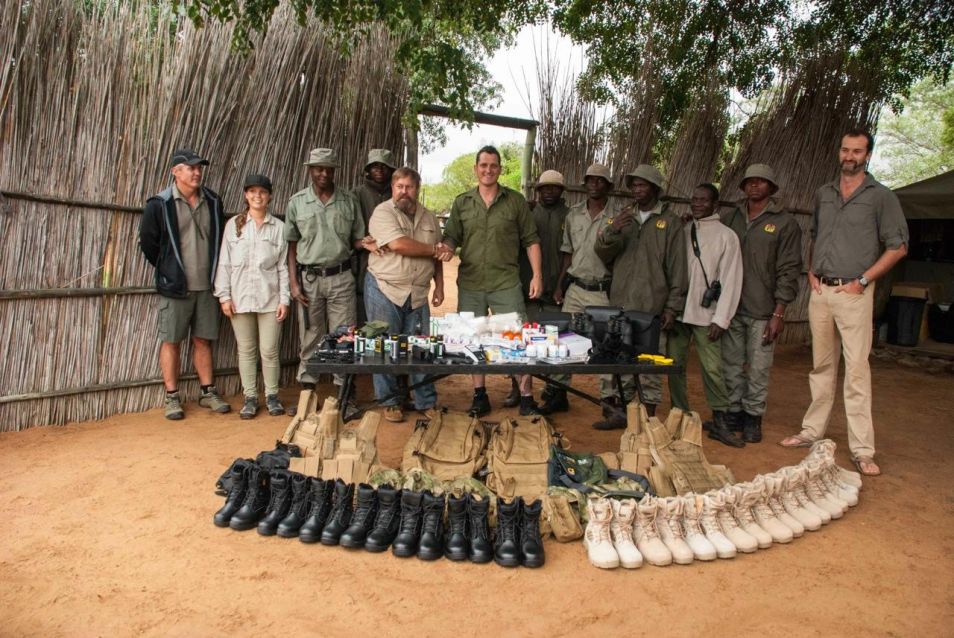 While the USG undertakes numerous efforts and programs to stem wildlife tracking, I believe the two most effective ways to spend US taxpayer generated foreign assistance are enhancing tourism infrastructure and directly combatting poaching. These two efforts serve to increase a countries’ potential to develop economically by upgrading infrastructure while preserving charismatic megafauna by directly combatting poaching through deterrence and armed interdiction.