China’s recent efforts to control the trade of illicit animal products both into the country and within its borders are a positive development. As I mentioned in a previous post on Chinese wildlife enforcement measures, China has one of the best track records in Asia when it comes to border enforcement and seizures. Successful seizures and arrests, however, bely surging demand for and consumption of products like elephant ivory and rhino horn. The rate of growth of this illegal market shows that enforcement an public awareness campaigns are not perhaps as successful as they are touted to be. In this posting I will be looking at the legal framework for wildlife conservation and the loop-holes exploited by ivory and tiger bone traders in China.

China’s wildlife conservation legislation is centered around its 1988 Wildlife Protection Law. While its intentions are good, ambiguous language and goals, limited protection, and decentralized responsibility for enforcement and monitoring have made wildlife protection efforts a difficult battle for Chinese conservationists. The official position of 1988 law maintains that the principle purpose of wildlife is for human domestication and consumption. State agencies regulating domestic ivory trade have the conflicting missions of preserving traditional ivory carving heritage and cracking down on post-ban ivory products. Furthermore, captive animals are afforded almost no protection under the law, encouraging poachers and trappers to capture breed animals illegally. This also results in the inhuman standards at facilities such as bear bile and tiger farms that have been only recently come under critical scrutiny in the West.

Complicating enforcement further, the laws stipulate that the already cash-strapped provincial and regional governments are responsible for funding their protection campaigns and deciding the punishments for infractions. This ambiguity and lack of centralized authority can lead to lax oversight and potentially corrupt practices between enforcers and poachers. Agencies as diverse as the State Forestry Administration and the State Administration for Cultural Heritage are all designated certain specific roles in regulating the trade. Buck-passing by agencies and law enforcement with overlapping responsibilities has become commonplace in China. Ambiguous legislation and delegation of authority allow for local level officials to interpret the laws to best serve their self interests. Even though Chinese law carries some of the stiffest penalties in the world for high-order wildlife trafficking—including life imprisonment—these penalties are rarely if ever implemented. 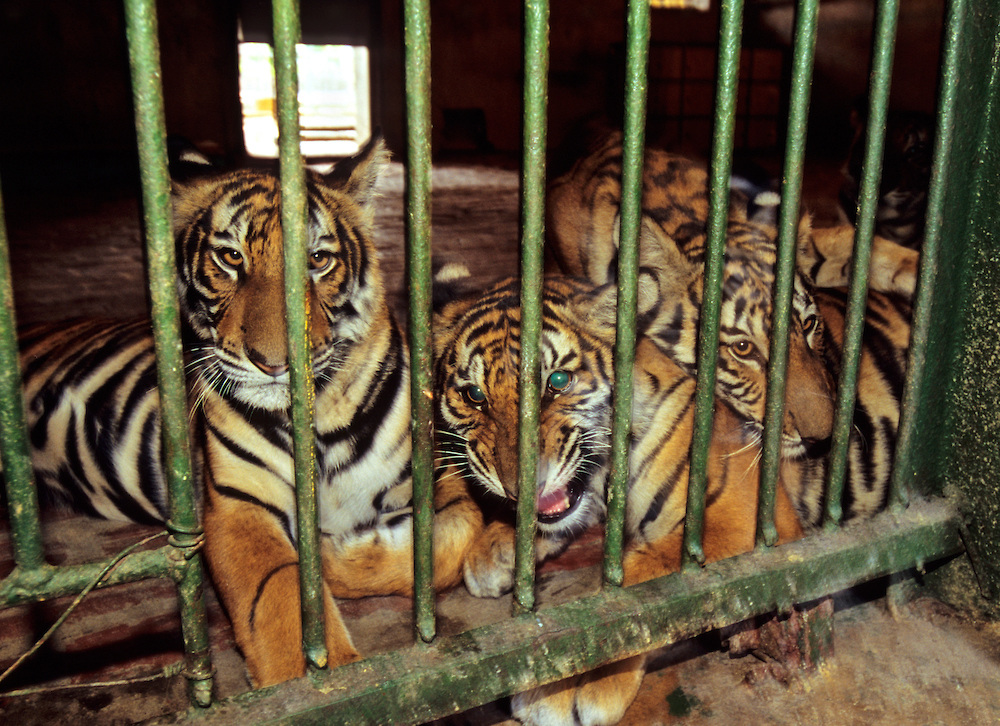 China signed on with CITES in 1981. Currently its only major reservations include those on captive breeding. Alligator and tiger farms operate with the official purpose of re-introducing these severely endangered species into their original habitats. According to their own estimates, of the four sub-species of tiger native to the Chinese mainland, only 40 – 50 remain in the wild. In a letter to the Secretary General of the 16th Conference of the Parties in Bangkok, the director of the CITES Management authority of China states:

The policy on banning of trade in tiger bone had been implemented in China since 1993. The stockpile of tiger bones obtained before 1993 are being kept sealed and the tiger parts coming from captive bred tigers are strictly regulated.

Not only does the presence of a government sanctioned tiger product trade offer poachers legal cover, but ineffective and inconsistent certification methods often make it impossible to determine which products are indeed legal and which are not. Another study points out that, “wild-sourced parts would consistently undercut the prices of farmed tigers that could easily be laundered on a legal market.” Their survey also indicates that despite awareness of the environmental impact and the illegal status of tiger consumption, 43% of subjects had consumed products containing tiger.

It is clear that half-measures towards wildlife conservation in China have only served to further inflate the already world-leading illegal wildlife market. The legal sale of pre-ban wildlife products has provided sufficient cover in a poorly regulated domestic market to allow illegally smuggled products to supply rapidly growing demand. In China, government bans and tougher enforcement may be the only viable option for reducing illicit trade. Because of China’s particular sensitivity to its global reputation, greater international diplomatic pressure on China to clean up their markets at home should be considered.