The Wildlife Trade in China: An Ill-Defined Problem 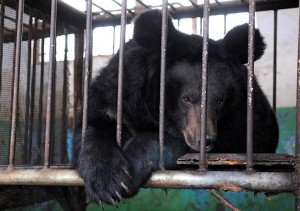 *This blog is part 3 of a 3 part series. Click here for Part 1—Conditioned Aid: A popular, but problematic policy option or here for Part 2—The Black Box of the Ivory Trade: Ivory Vendors*

As I have mentioned in my other two blogs, Ana and I gained great insight on our trip to Beijing into the different challenges China faces in combating wildlife trafficking. In particular, it became clear that conditional aid may not be the best route for the United States to address consumer demand in China, literature on Chinese illegal ivory vendors is lacking, and laws on ivory and wildlife in China are ambiguous. This blog post addresses the latter finding.

China does have a law protecting wildlife: The Wildlife Protection Law.  However, as we discovered during our many interviews with wildlife experts, the law has several limitations. First, the Wildlife Protection Law only pertains to wildlife that China considers rare or near extinction.  It does not protect wild animals that have declining populations but are not rare or endangered.  Second, for those wild animals that are rare or endangered, the law is unclear on the differences between ‘wild’ and ‘domesticated’ animals.  In China, we found that a ‘caged animal’ was no longer considered ‘wild’, but rather ‘domesticated’. This change of status makes it difficult to levy charges against wildlife traffickers if an animal is placed in a cage or any other form of captivity.

Third, the duties of the State Forestry Administration (SFA), the state arm responsible for wildlife, are contradictory. For example, the SFA is responsible for the nationwide administration of terrestrial wildlife and should “protect wildlife and the environment for its survival, and shall prohibit the illegal hunting, catching or destruction of wildlife by any unit or individual.” However, the same administration “shall encourage the domestication and breeding of wildlife” (See Wildlife Protection Law). Thus, we found that, up until recently, there was a tendency of the SFA to promote the use of wildlife—including bear bile production—in ways that were harmful to rare and endangered species.

What does this mean for wildlife in China? For animals that are not considered rare or endangered, this law means little-to-no protection. For those that are, this law allows individuals to use them for parts and products as long as individuals have a license. Hence the controversial presence of tiger farms in China, where tigers are ‘raised’ for their parts. This practice does not just affect China’s tigers, however. Chinese tiger farming has made tiger poaching more profitable worldwide, as poaching wild tigers is cheaper than raising them. Furthermore, consumers often prefer wild cats to captive-bred ones.   As a result, tiger populations are declining globally (most notably in India, which has the world’s largest wild tiger population).

Another victim of this law and its promotion of “domestication and breeding of wildlife” is the Asian Black Bear, or moon bear. This vulnerable animal is often ‘milked’ for its bile, which is used in Chinese traditional medicine, or killed for its parts. In ‘milking’ the bear, the animal is put in a small cage and a tube inserted into its throat. The bears are often treat poorly, and frequently die of disease and infection. 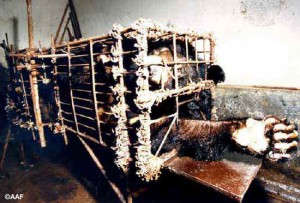 China’s laws on ivory are also problematic. Earlier this year, China imposed a one-year ban on imports of ivory carvings.  China’s State Forestry Administration has since stopped issuing import permits for carvings obtained since 1975.  However, this ban does nothing to prohibit domestic trade in ivory. Indeed, it is the domestic market that has in many ways removed the stigma from ivory and framed carved ivory as part of traditional Chinese heritage.  As Yan Xun, chief engineer of the wildlife conservation department under the State Forestry Administration says in an interview with Reuters, “Chinese ivory trade is mainly to hand down the art of exquisite carving using ivory.” And yet, an expert we spoke to during our interviews stressed that most carved ivory is done by machine today, not by hand.

All in all, Chinese laws on wildlife and ivory need to be rewritten or amended to give the amount of protection vulnerable and endangered animals need to survive. There needs to be a clear distinction between wild and domestic animals that goes beyond what is just put in a cage. Animals that are endangered or vulnerable should be protected regardless of their captivity status.  Otherwise, these laws are merely empty gestures meant to give the semblance of action without real reform.  Such gestures, while good in theory, won’t stop tigers, elephants, and bears from going extinct, but merely give cover to individuals who are hastening the process.