The next step after designing the Horned King’s Horns were to bring them into reality. I decided that the right tool for the job was the Longhorn Inventionworks Craftbot XL 3D printer. Using a 3d printer allowed me to  easily iterate through several different scale models of the horns very quickly. The amount of effort that it took to re-edit a horn in Fusion 360 was low vs the effort of having to resculpt something in a different material such as foam. My only real concern with printing them was the weight. 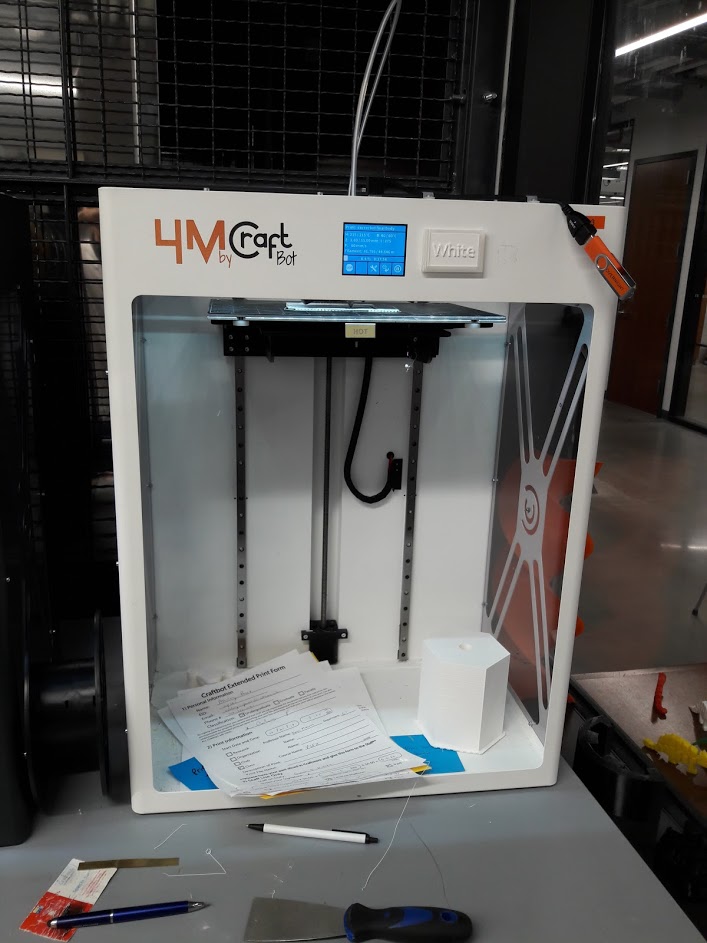 The Craftbot XL allowed me to print at a maximum height of about one foot. I was actually limited by their width, not by their height. It took about 12 hours each to fully print each horn, and an additional half hour to sand off all of the supports and rafts.

Here are some of the smaller horns which were used to test the designs and painting techniques. 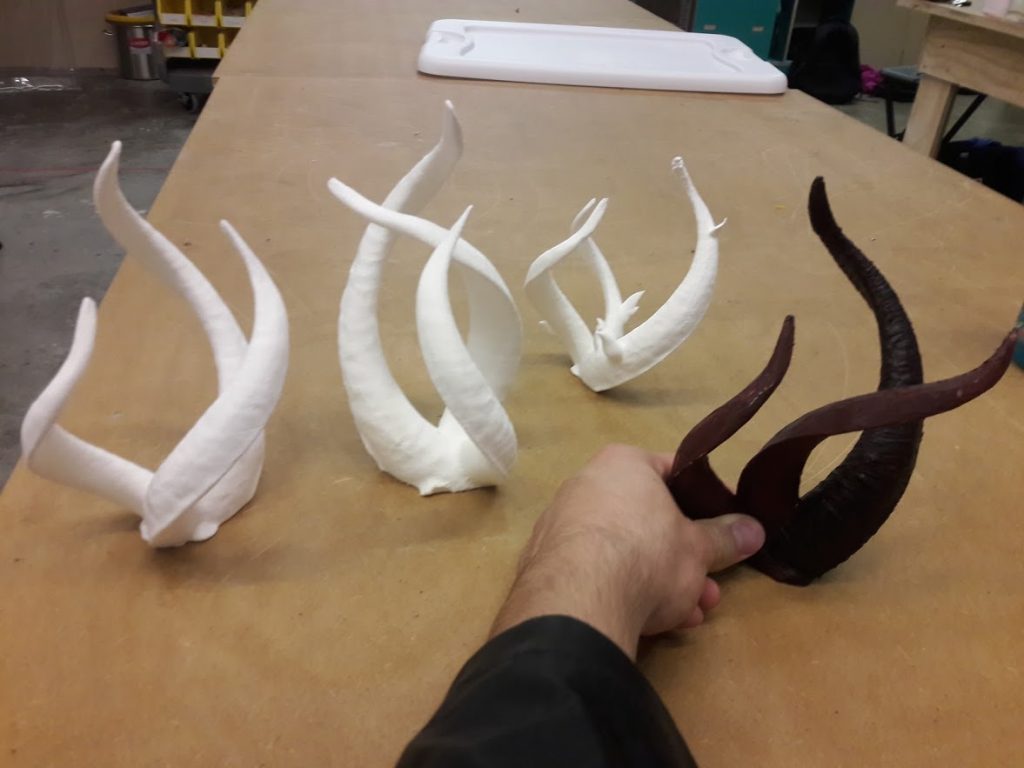 Unfortunately the second horn ended up printing with some layering errors, most likely due to errors in the slicing software. It ended up breaking into pieces when I carried it around. I considered just reprinting it and hoping that I didn’t get another error, but then I realized that I could just fix it using clay and superglue. 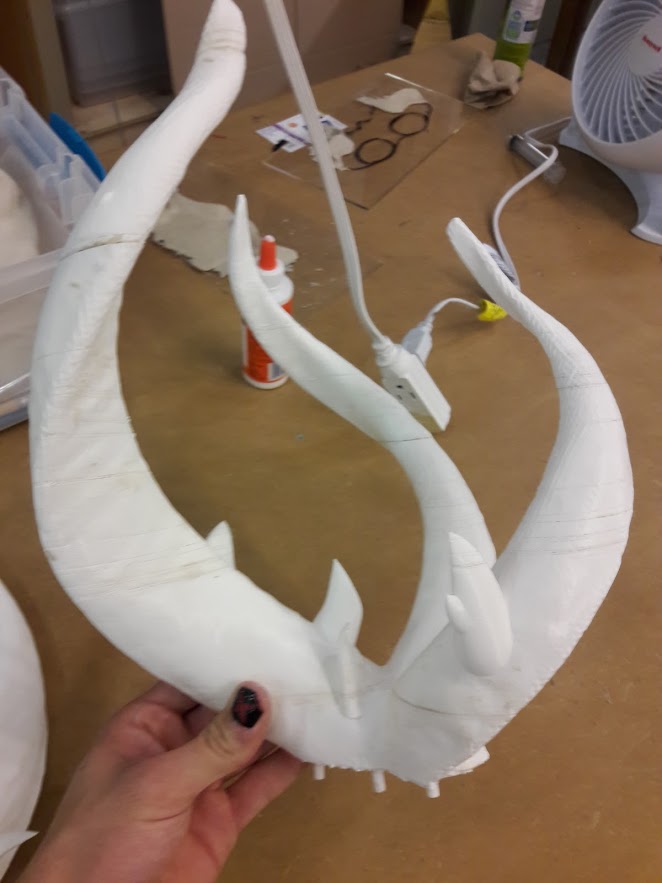 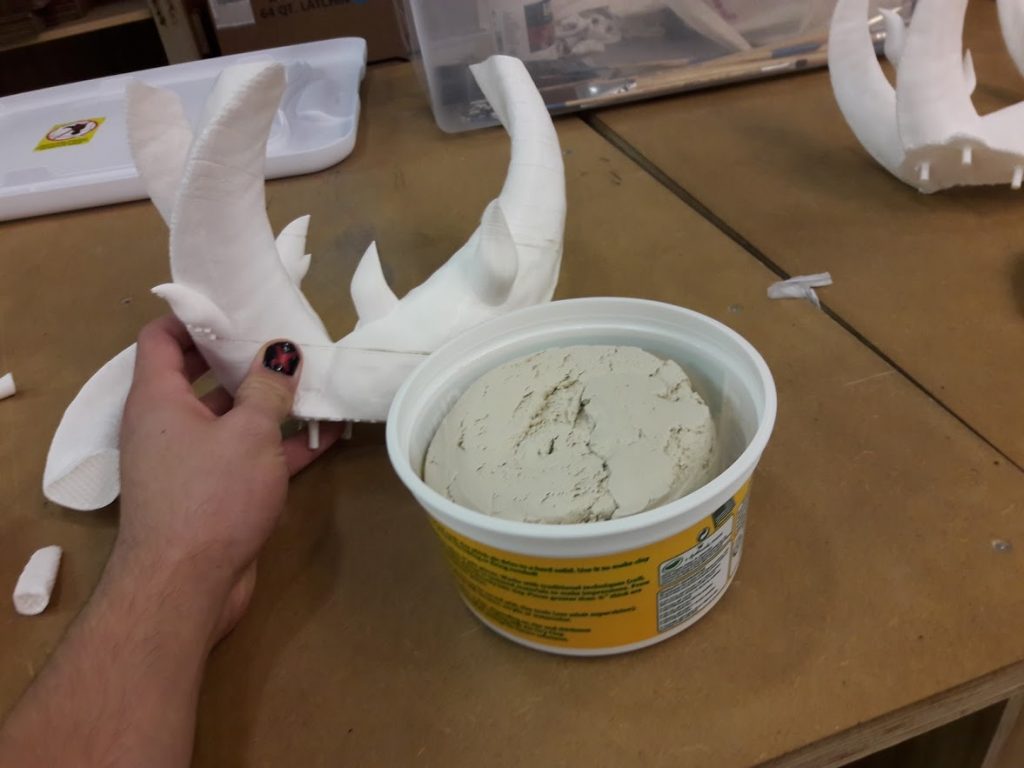 My next goal was to paint and texturize the horns. My teammate Sarah Harvey came up with a great method for this involving mixing paint into air dry modeling clay, liberally applying it to the sides of the horns and then slicing it with a palette knife to create a texture. 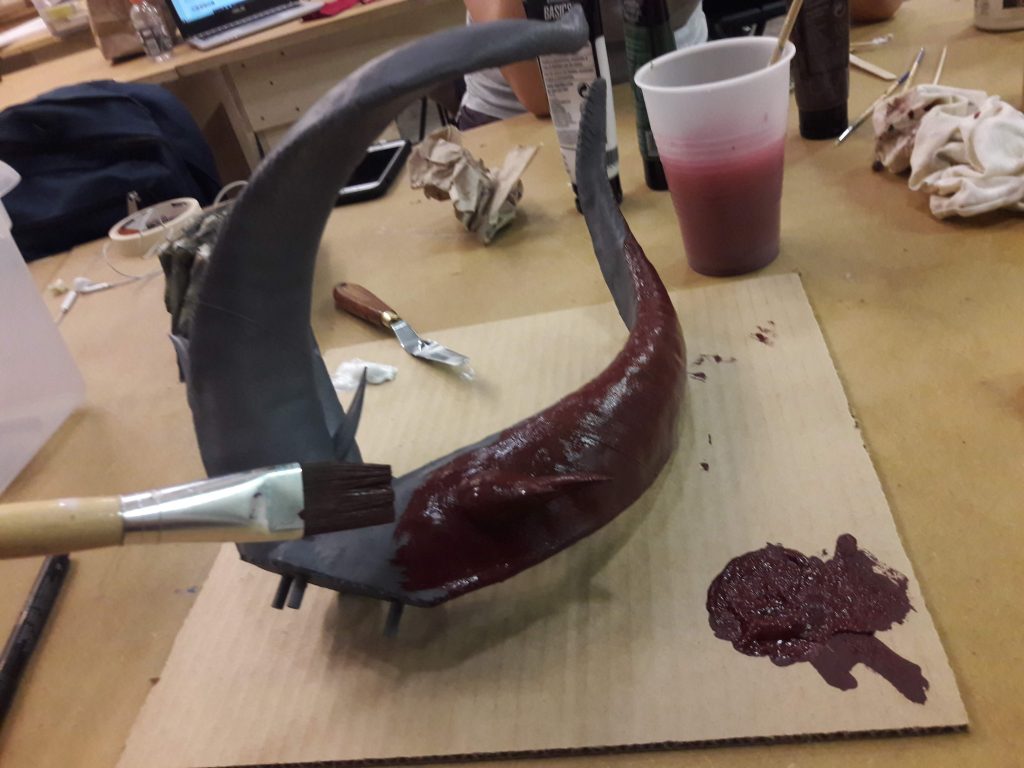 After putting on a gold sheen and allowing the horns to dry we had to find a way to securely mount them to our performers head. We decided to lash the horns to a headband using twine, and then tape the headband to a skullcap. This ended up being pretty secure, with our performer being able to move around and shake their head without it falling off. 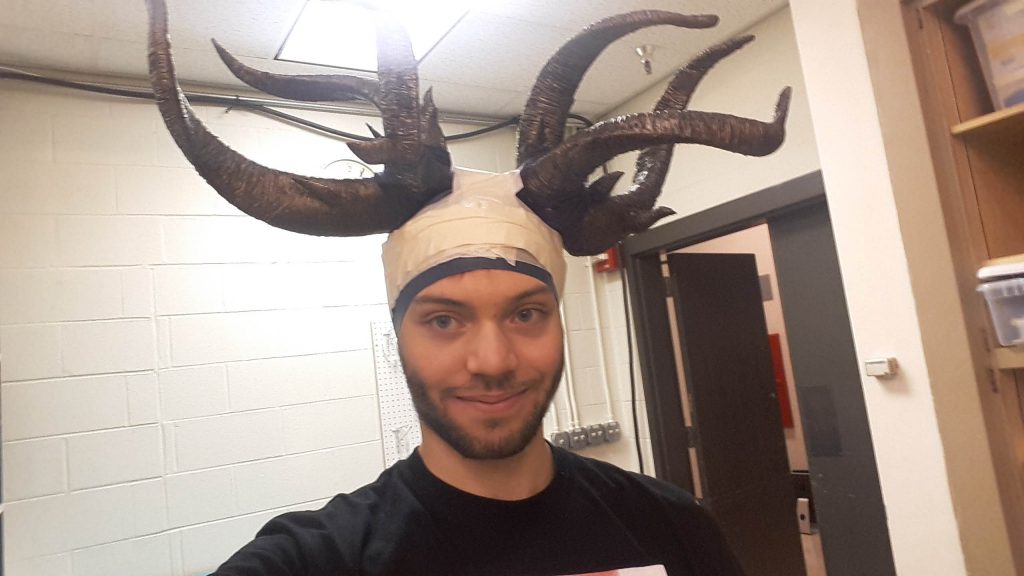 All we have to do at this point is make sure and conceal the bottom of the horns using the horned king cloak, and our horns are finished!