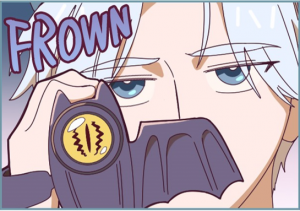 Before we get into the specifics of the Bat-Cam, I want to make sure that we get to know this little guy. The Bat-Camcorder lives in the Underworld and is used by the students of Refund High School (read the story here.)  The Bat-Cam, even though we are calling him a bat, has no set animal origins and operates within the comic as though it was always an underworld creature AND a camcorder, never just one or the other. To my team, that means that the Bat-Camcorder embodies a blend of organic and mechanical features that function together in harmony. Now into what that means for this project! 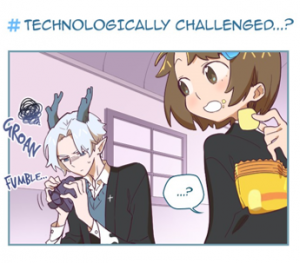 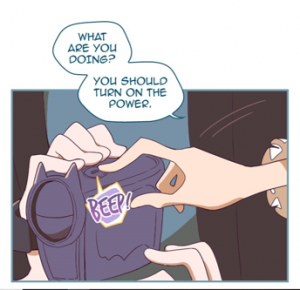 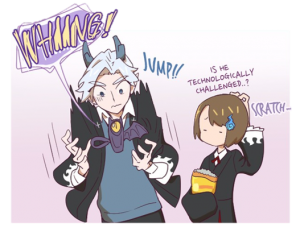 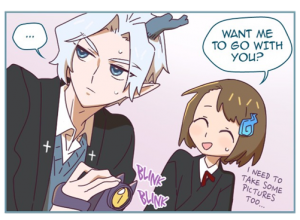 My team’s goal is to create all the functions for the Bat-Cam as depicted in the comic strip above, primarily focusing on the on button that makes the eye open, the wing open, and produces a sound effect. While those are the bare minimum functions, there is so much more to the Camcorder. He also blinks, has very distinct features, can be held in one hand, and has a distinct color. Because of the unique shapes and interlocking pieces, this project will be primarily 3-D printed until we get to the aesthetic details, but for the modeling to begin our team needed detailed drawings and concept plans, which can be seen here (Camera Details.) Nothing too crazy, just some drawings based off the comic and then measurements that felt right for the scale and all of the interior needs.

Lets break down all the different features and problems that will be addressed in this project:

Everyone on the team is real excited about this project and to bring this cute little guy in to the world of the living! 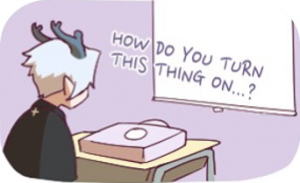