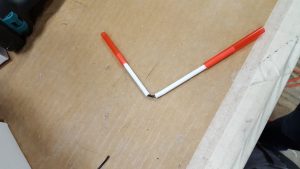 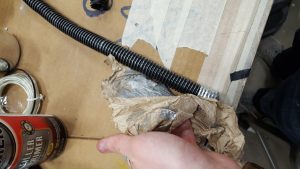 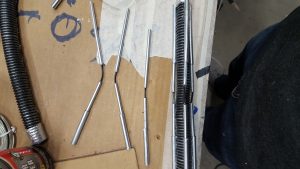 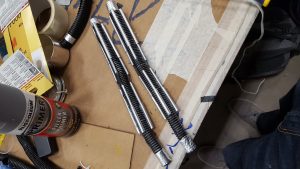 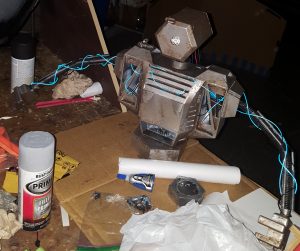 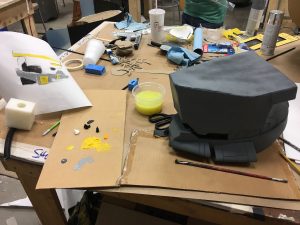 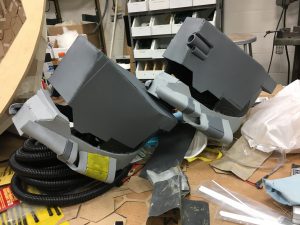 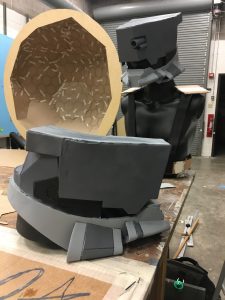 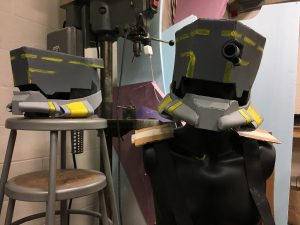 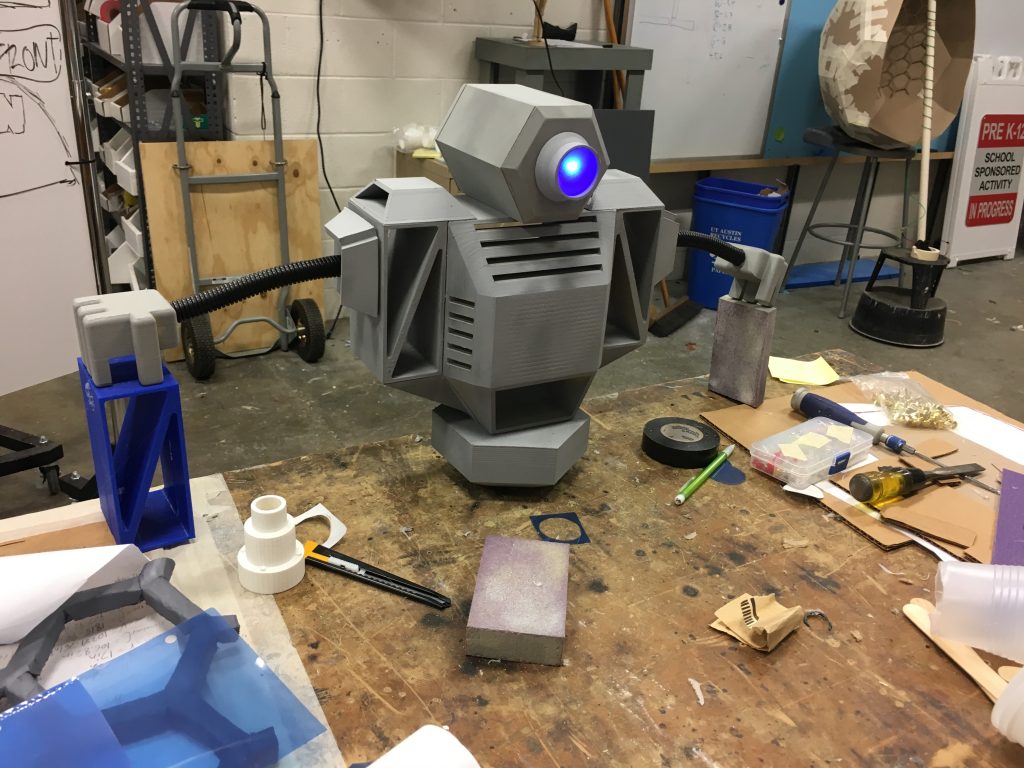 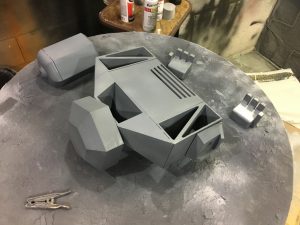 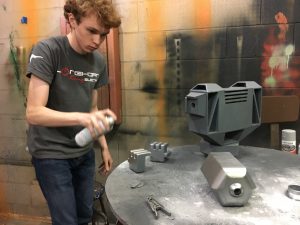 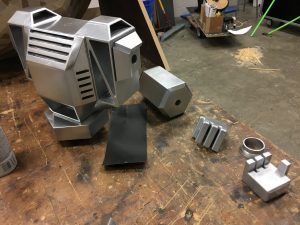 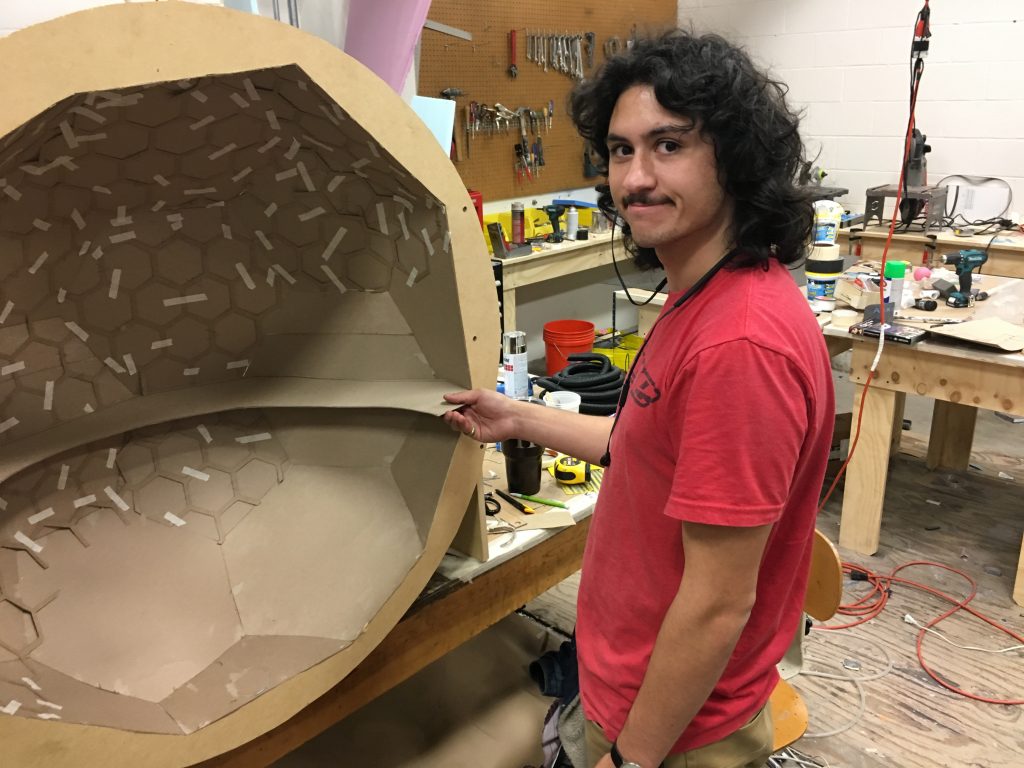 The largest obstacle to overcome when creating a model set is the scale. We tackled this issue after much deliberation and discussion on how proportional our robot and humans should be in size compared to the reactor room itself. 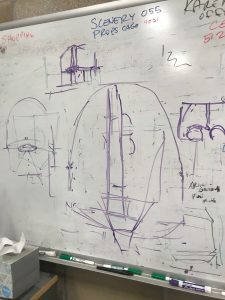 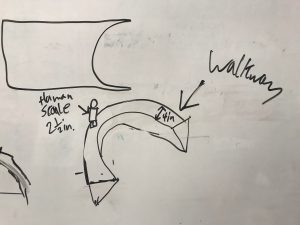 Next was the design and look of the room itself. We decided to go for a robotic less natural more repetitive room that’s use would only benefit robots. So we went for a dome with a honeycomb pattern on the walls of the room. Seen here in my crude concept art. 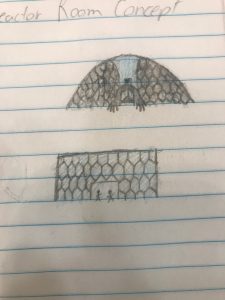 The thing is not everything went as structured as this. We played around with the scale and design several times. All the while prototyping along the way differnt ways we could accomplish this design as functionally and good looking as possible. 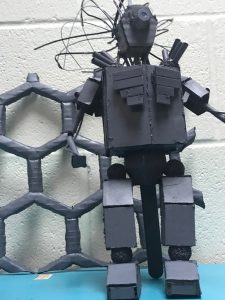 The final part is to this construction process is the building phase where tears meet tired eyes and failed attempts lead to greatness. We chose to use chipboard board its flexibility helped us create the curve and is an easy material to laser cut.  We have run into several issues with laser cutting but it has been all software for the time being that has impeded our progress, with that said we are near finished construction. All that we are lacking is cutting out the walkway and the facets for the reactor tube. 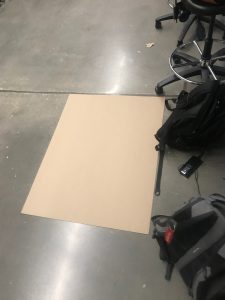 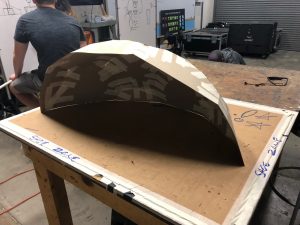 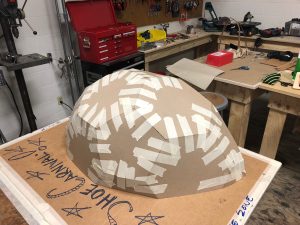 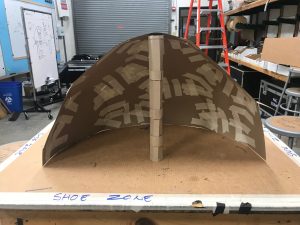 We started with the the quarter of a dome seen above and then decided to make the bottom half as well to help with continuity. 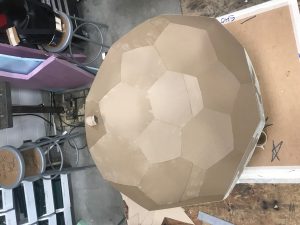 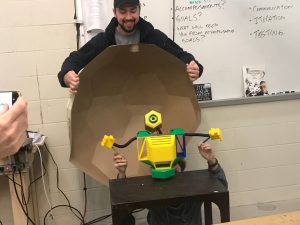