This project originated from the thought: if we are going to have access to these facilities, to these materials and these professionals for guidance, why not go big? When I was originally formulating the pitch my thought process was to take a large grand idea that I might want to make into a big budget space opera and cut out a tiny sliver. Create just enough spectacle and story to hopefully interest whoever might watch it into wondering what happens next, how did we get here? 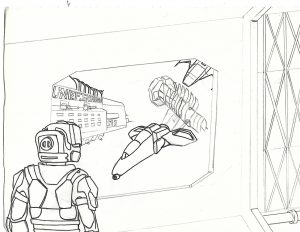 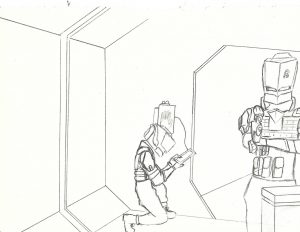 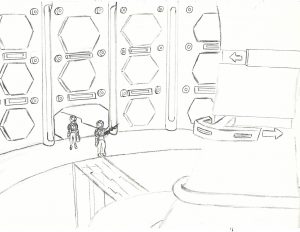 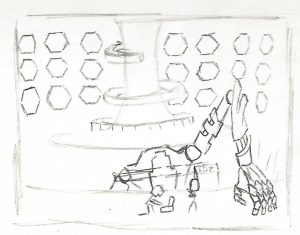 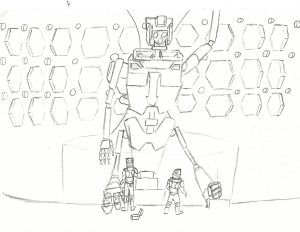 I sketched up a quick storyboard following a pair of space marines on a mission to destroy a ship from the inside. One of the goals my team agreed on immediately was our interest in cementing a sense of scale in our story. The last three panels makeup what we are focusing on bringing to life in this class. We have broken the scene down into three main elements; costumes to be made for real actors, a miniature set built to makeup our ship’s reactor, and a puppet built to scale with the set to act as the room’s guardian standing between our characters and their goal.

The team’s skill sets were strikingly well fitted for this breakdown of objectives, using my experience with costume construction I am heading the charge making our characters feel like they belong in our futuristic setting. Because I am leading on this front this post will mostly focus on my development of our costumes. 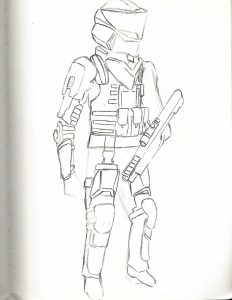 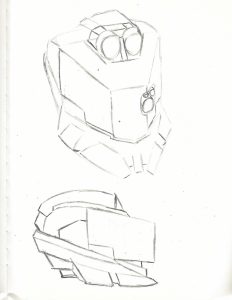 Starting with some concept sketches I had a couple of ideas in mind, One being that I wanted our characters to be wearing gear advanced enough to feel like science fiction, but also be recognizable to the point of still feeling like a human soldier which we are hoping to contrast with the much more advanced robot ship interior and puppet. The other concept was a combination of feeling like it could survive being in the vacuum of space, even if just for a few minutes for EVA operations, matched with my desire to give our characters a level of anonymity. 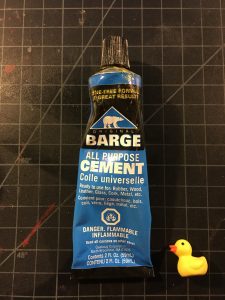 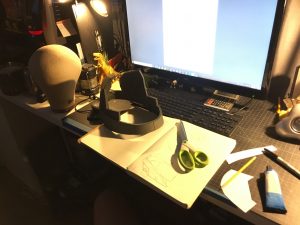 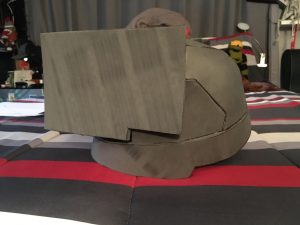 Using scissors, X-acto knives, Barge (which thanks to this helpful diagram you now know is roughly 7.33 rubber ducks tall), EVA foam floor mats, a head form and a lot of caffeine I began developing the first prototype helmet for the costumes. I learned through this process firstly that you can use all the math in the world to scale you parts correctly, if you don’t use good base measurements your piece is going to end up way too small. 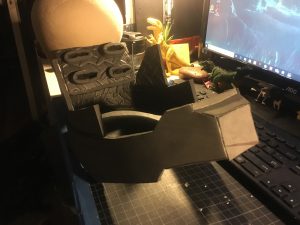 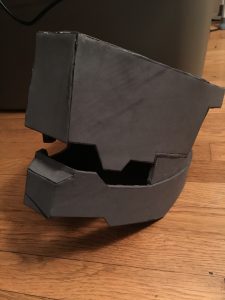 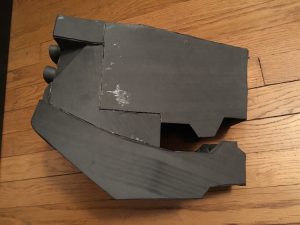 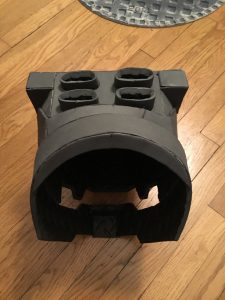 More Barge, foam, caffeine and some design tweaks later the base of the new helmet design was born. The lower gap in the original simply wasn’t going to be enough to see out of for the actors and while the “visor” block shape was meant to be prominent I felt that it seemed to dwarf the rest of the design. 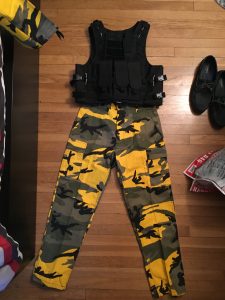 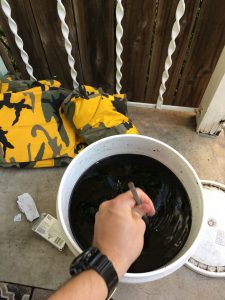 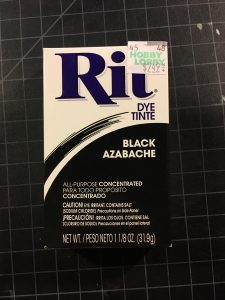 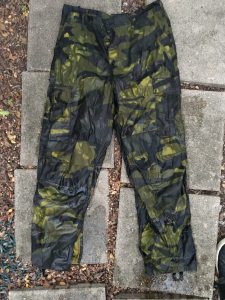 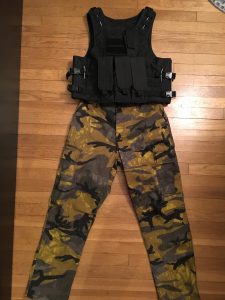 We are also incorporating some purchased pieces which I am modifying for our film.