Hi readers! I’m Nat, a third year Arts and Entertainment Technologies and Psychology major from Houston. I have been working on the Enron velociraptor structure team so far and have outlines our three basic prototype phases below. Before the first prototypes, however, I made these tiny leg simulators. I wanted to make something that could move so I could better see how to connect a forward bending knee to a backward bending one. 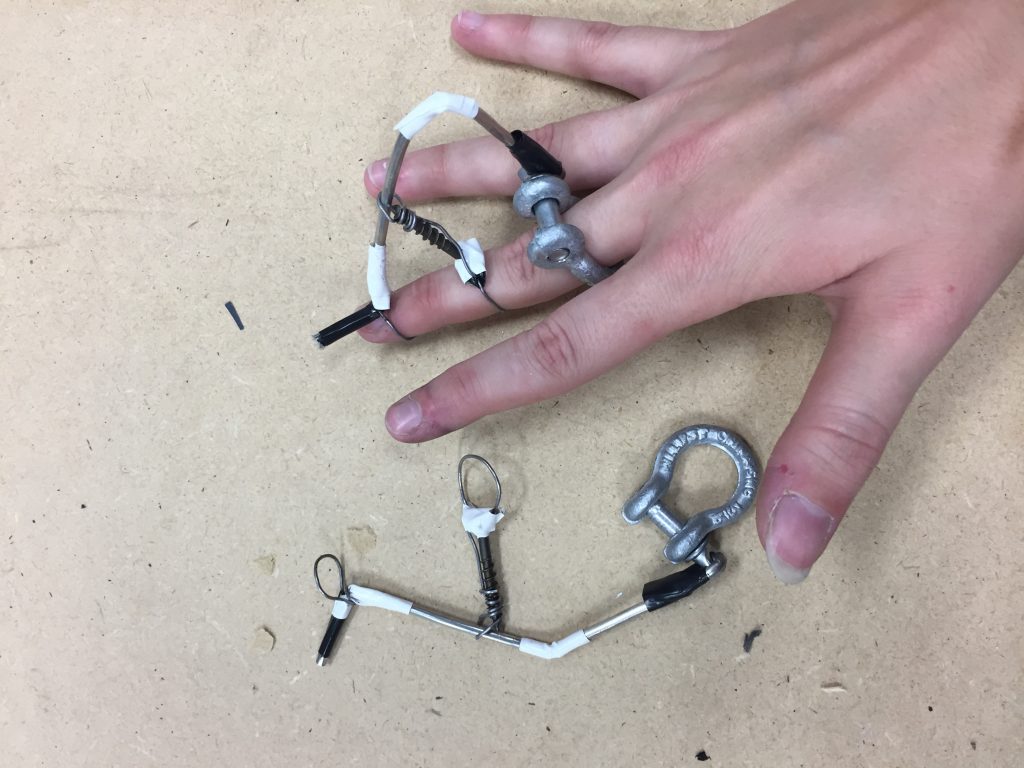 Prototype 1. The harness and torso were made from rattan (that we didn’t know we were supposed to soak!) and foam on a backpack frame. That part was relatively easy, but the tail proved to be a bigger challenge. We went through two (proto)prototypes before landing on the rattan /aluminum wire connection surrounded by flat green plastic. A leg, still in the early stage before it became THE leg, was foam and bolts with a tibia/fibula construction. 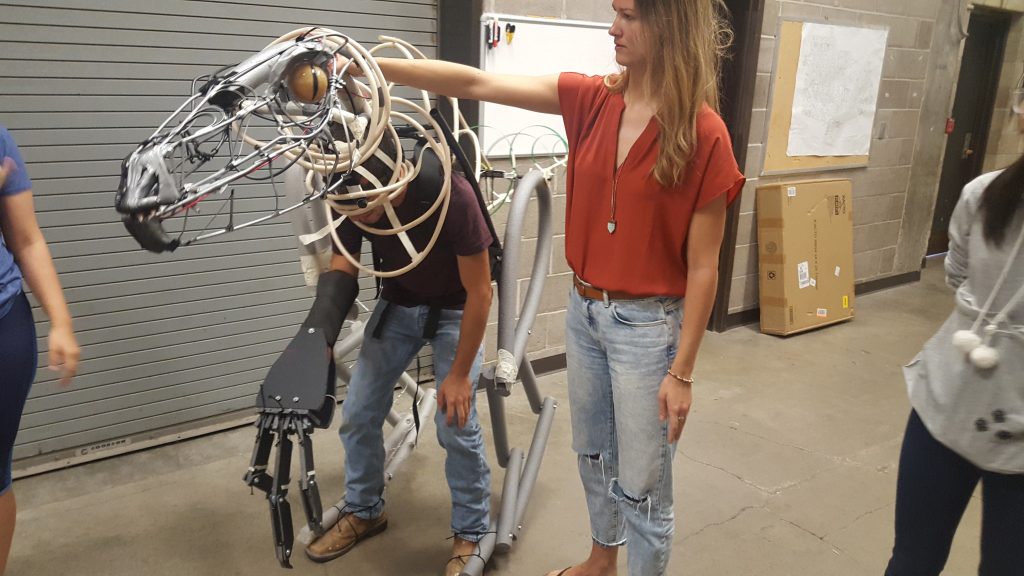 Our second raptor was a bit more flushed out. The leg at this point, has become difficult. I had ordered some ½ in. hollow aluminum rods and used them in place of the foam. I made a video of highly advanced materials tests that I thought proved the aluminum’s resiliency, but alas, the leg did not hold. I had drilled ¼ in. holes in the aluminum to thread ABS rod through and create rings that emulated the thickness of a live raptor thigh that the aluminum just could not hold. I had to put braces in three split beams. From this experience, I gained a box of materials I had destroyed which I still use as reference to past techniques that may be worth revisiting.

The third and most recent raptor was outfitted with sturdier material that could hold the weight of the tail upright. We also used a slew of materials from PVC to plywood. At this point, we chose to make the leg out of solid aluminum and J.E. found us some mechanical ball and socket joints to use for the hip and connections. I took a raptor toy we had been referencing for dimensions and with some help from J.E. we made a 3D map of the toy. From there I made a scale model in Vectorworks to find the exact dimensions of the toy translated up to human size. This was perfect reference when it came to measuring out the new leg, which is now hinge joint pieces and 3/8 in. ABS rod, which was much better connected to a solid aluminum rod with zip ties. Every connection on the legs is reinforced with zip ties. I did some math on the number of connections and zip ties allotted per connection type and I think used about 350 zip ties. And I stopped at the knee. It’s looking good! 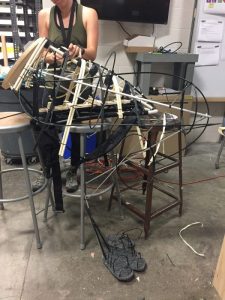 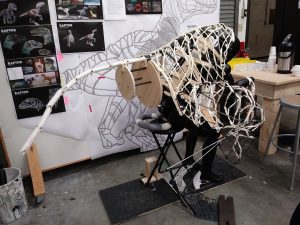