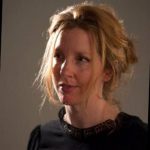 Lecturer Karen L. Maness is the principal instructor of scenic art and figurative painting for the University of Texas at Austin, Department of Theatre & Dance, and Scenic Art Supervisor at Texas Performing Arts. She received her degree in Theatrical Design and Studio Art from Whittier College in Los Angeles, studied advanced translucent backdrop painting at Cobalt Studios in NY, and continued her academic figurative and landscape painting education at The Florence Academy of Art. Her career as a scenic artist and studio artist spans 25 years.

She has worked extensively in regional theatre, themed attractions, industrial display, film and music tours, teaching master painting classes in the United States and abroad. Her studio practice and design work include public art, exhibitions, consultation, and corporate commissions. Her paintings have been exhibited nationally and are held in private collections in the United States, Europe, Central America and the Middle East.

In collaboration with the Art Directors Guild, Karen has spent four years interviewing and researching the master scenic artists of Hollywood’s motion picture industry. She has co-authored a publication on the subject with her colleague Richard Isackes. The Art of the Hollywood Backdrop-Regan Arts, November 1, 2016. 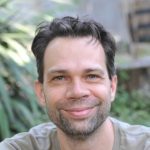 J.E.’s work focuses on systems that unleash creative confidence and spaces that invite agency. He has has shepherded over 100 productions through one of the nation’s largest university scenic studios at Texas Performing Arts. He has adapted his apprentice-based approach to teach children how to construct functioning clocks, Rube Goldberg machines, and other marvels with the DeBusk Enrichment Center for Academically Talented Scholars and the Austin Tinkering School.

In 2015 he co-founded Maker Ready, a consulting and product company that works directly with teachers to bring hands-on, project based learning into elementary classrooms. 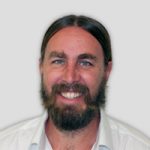 Ben is an Austin, Texas, native and UT graduate who has produced a broad range of animation, motion graphics, concept art, CG models for a variety of media including television, feature films and video games. Since 1998, he has been producing interactive content for a various platforms including Gamecube, PS2, XBOX, GBA, GameboyDS, SO, IOS, and PC. His specialty in interactive media has always been virtual worlds; concept to modeling, surfacing, lighting, simulations and animation.  In 2008, he joined the faculty of the RTF department in The Moody College of Communications.  He has created and taught a variety of classes around storytelling in “new media”, a fluid term.  In addition to classes in traditional animation, visual effects, CG modeling and animation, he has been involved in the Immersive Media production classes, including several initiatives involving VR and AR. 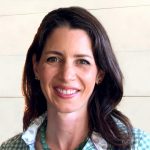 Cindy has been practicing architecture in collaboration with her husband at their firm Rick & Cindy Black Architects since 2001. In addition, Cindy combines her interest of small space, residential design, and cooking with her independent design practice, Hello Kitchen. Her role in the architecture community includes her current position as Outreach Commissioner on the board of AIA Austin, and memberships with Preservation Austin, MidTexMod and ICAA.

JAMES GLAVAN — University of Texas, Department of Theatre and Dance 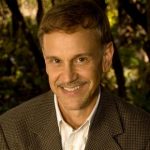 Glavan spent six months in-residence as the principle draper/tailor with the Seattle Opera Company working on their production of Richard Wagner’s Ring Cycle, designed by Tony Award winner Martin Pakledinaz. He also spent many years creating characters for Jim Henson Productions in New York City where his work was seen on Sesame Street, the TV sitcom Dinosaurs and in the film The Muppets’ Christmas Carol. Glavan has worked internationally at the Bolshoi Theatre in Moscow, The People’s Art Theatre in Shanghai, the Hong Kong Academy for the Performing Arts and most recently at the Taipei National University of the Arts. In Costa Rica he developed a collaborative multi-media project in environmental “edu-tainment” at the University of Costa Rica. 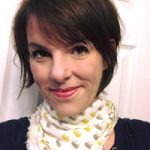 Sarah has an MFA in Costume Design and Technology from UT Austin and has worked for Blue Man Group, ACT, Berkeley Rep, SF Opera and Olympic skater Brian Boitano. She was the Food and Living Editor for Instructables, and as the Think Tank director for Betabrand, she launched the world’s first fashion-focused crowdfunding platform. Sarah has a best-selling cookbook and runs the blog sousvidely.com. She currently works for Quantum Systems building kickass interactive museum displays. 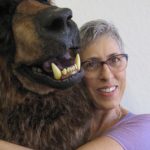 Zoë Morsette graduated from Skidmore College with a degree in Theater and Dance and has enjoyed a career in the performing and visual arts for over 40 years. Following two years as a milliner at Radio City, She worked as a shop supervisor and fabricator in the display industry for another five years. Zoë then began free-lancing in prop, model making and costume shops around NYC in the early 80’s, finally opening her own studio in 2006. Throughout her career she has worked as a craftsperson, costumer and sculptor on ballets, operas, commercials and print ads, film, television shows (including SATURDAY NIGHT LIVE and 30 ROCK) , the Macy’s Parade, and 50 Broadway shows. Ms. Morsette has also been a guest artist at several colleges, universities and theatre conventions. Her best known commercial mixed media sculpture is the iconic “homeless Statue of Liberty in the snow” featured since 1991 on the NY Cares Coat Drive poster and commercial.

TANYA OLALDE — University of Texas, Department of Theatre and Dance 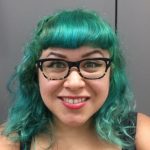 Tanya Olalde is the Costume Crafts Artisan for Theater and Dance at the University of Texas at Austin. She specializes in fabric dyeing and painting, costume distressing, millinery, mask making, and theatrical armor making. She graduated in 2005 from UT Austin with a B.A. in Theater and Dance, emphasis in Costume Design and Technology. 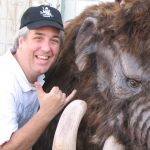 Ron is a special effects artist who has been working in the entertainment industry for 29 years. Some of Ron’s more notable accomplishments include; creating many of the guns for “Men in Black”, creating the “hero” skeleton pirates for the “Pirates of the Caribbean” ride for Disneyland California’s 50th anniversary, and producing/creating “The Haunted Vineyard” haunted house in Ontario, California. He even spent six months in Seoul Korea as lead sculpture/art department head for a ride rehab at Lotte World. Ron likes to refer to his title as “the art guy” since his specialties include fabrication, figure finishing, scenic work, tooling, and design. Read more about Ron here. 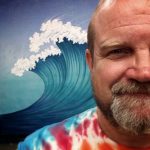 Joe Rial began teaching and making theatre and art in the 80s on Kauai. The limited resources of island life resulted in modern-day hunter-gatherer skills and a MacGyver’s eye for combining materials. Harvesting resources from the environment that include industrial as well as jungle material, “Mr. Joe” found a niche shaping cardboard and rubbish, and using tape as a universal binder to make scenery and fantastical puppets, props, costumes and environments. “Once you realize you can make anything you can think of, the real task is to think of something good”. He has taught from pre-school to college, (not in that order), and now lives in the Redwoods working with adults with special needs and dementia patients. Joe continues to teach summer scene painting at Cobalt Studios and takes commissions for props, puppets and workshops.

“It is all about telling stories. By understanding and using the “fingerprints” of your materials, and the alchemy of paint and putty, finished objects will tell their own tale.” 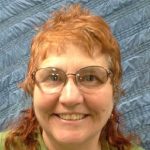 Rebecca graduated from Arizona State with a B.F.A. in Ceramics in 1976 and from the University of Arizona M.F.A. in Costume Design and Theater Technology in 1987. She has worked in regional theater props shops across the country including the Baltimore Center Stage, Utah Shakespeare Festival and La Jolia Playhouse.

She is a proud member of S.P.A.M. (Society of Prop Masters and Artisans), Puppeteers of American and Texas Basket Weavers Association.

DARCY WEBERG — University of Texas, Department of Theatre and Dance

Darcy joined the staff of Texas Performing Arts in 2001 after one year as a project manager at VEE Corporation Costumes and Creatures, where she worked on the first set of walk around characters for Shrek and Donkey that went to the 2001 Cannes Film Festival.  Besides her work at UT Darcy has an extensive and varied professional career.

She work at Arena Stage in Washington DC as the Costume Shop Supervisor from 1995-2000. Before that Darcy was at Baltimore’s Center Stage for 10 years working as a stitcher, draper and eventually as Assistant to the Shop Manager.

Darcy as an experienced theatre professional has also work for the Santa Fe Opera, Opera Theatre of St. Louis and Baltimore Opera.