Hey, guys, my name is Darshan Desai and I am a member of the Warbringer team. I have really been enjoying this whole process of this project because I love model making and all the practicality we have to include makes it even better. The ship has been coming along great and so far the team has been working like a well-oiled machine

This week was kind of a major road bump due to the loss of a team member, so we have had all hands on deck and been trying to get more done. Luckily we had divided up certain parts of the project that way each person had something to focus on rather than working on one thing at a time. I was tasked with raising the Proudmoore from the ground and so I got to work trying to figure out first what I had available in order to automate such movement. But still fuzzy on the idea I came up with a way to hand automate the jack for the time being. So I settled on a scissor jack, because of its ability to collapse and there are numerous ways to automate it as well. Once that was figured out we ran into the problem of the size of the ship sitting under “water” so we then cut the ship in half then I had to rethink of how to make the ship reconnect when it’s in view of the audience when above the water.

This past week we all took our models, Kyle- masts Kaan- ship Darshan-jack, and juiced them up a little and added some extra TLC. We 3D modeled the ship in 2 pieces, as well as laser cut the sticks for the jack and 3D printed the mast and crows nest. We have all the major pieces completed know we just need to do a little troubleshooting and brush up the concepts and put everything together.

Due to the sudden loss of a team member from the class, we all collectively took over the artistry part of the project and we started to play with different textures and colors to get different loos to resemble the old rustic ship. 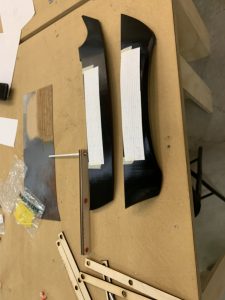 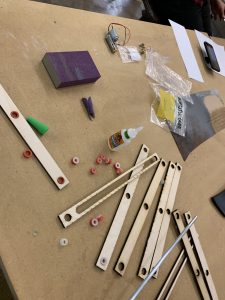 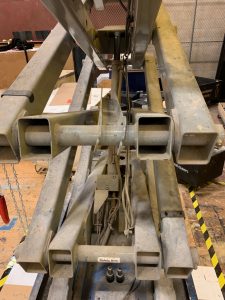 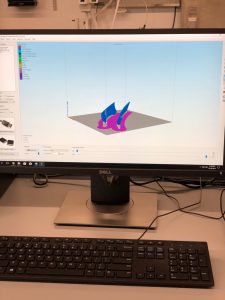 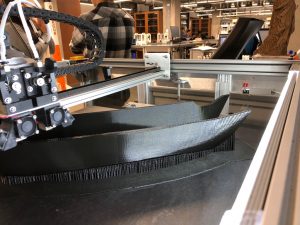 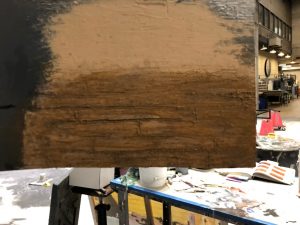 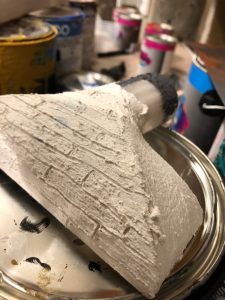