A developed but unequal country

On Feb. 3, 2021, Tokyo Olympics Chief and former Prime Minister, Yoshiro Mori, stated at the Tokyo Olympics organizing committee meeting that women talk too much and board meetings with a lot of women take too much time. Mori made this statement while the committee was discussing the matter of increasing female representation within the committee.

His comments received strong backlash, and this culminated in his resignation on Feb. 12. Within the five days following Mori’s sexist remarks, over 390 volunteers withdrew their participation in the Tokyo Olympics, and female politicians protested against him by wearing white jackets.

“I recognize the remark was against the spirit of the Olympics and Paralympics, and it was inappropriate.” Mori eventually said to “those who felt uncomfortable,” but at first, Mori had no intention of resigning. He considered his brief apology enough, and in Japan, it typically would have been.

“That is not a problem anymore as Mr. Mori already took back what he said,” said Toshihiro Nikai, the Secretary-General of Mr. Suga’s Liberal Democratic Party (LDP). On Feb. 16, the LDP,  the country’s current governing party, proposed that five female lawmakers observe the all-male board meetings. It is expected that these women are not allowed to talk during the meetings and are only able to submit their opinions through the secretariat office.

This is not the first time the Japanese government has not taken lawmakers’ sexist remarks seriously.

On Feb. 3, 2019, Deputy Prime Minister (also a former Prime Minister) and Finance Minister Taro Aso answered a question on national politics during a session in Fukuoka, saying, “There are lots of strange people who say the elderly are to blame, but that is wrong. The problem is those who don’t have children.”

On May 30, 2019, a former Tokyo Olympics Chief, Yoshitaka Sakurada, commented on the Japanese low birth rate, stating that each woman should have at least 3 children.

While the LDP attempted to stay silent, the public spoke up against Mori’s sexist remarks. The Mainichi National Poll on Feb. 13 indicated that 69 percent of the people who answered thought Mori should resign. Of this percentage, 74 percent were women.

Female lawmakers in the opposition party also refused to remain silent. On Feb. 9, they attended the plenary session at the  House of Representatives wearing white jackets. This was similar to the protest that occurred in the United States in 2019.

Abe’s and Suga’s Cabinets indicate a glaring lack of female representation within the government; only two members are women. This is not a coincidence. Japan ranks 121st out of 153 countries when measuring the global gender gap. This metric compares countries based on economic participation and opportunity, educational attainment, health and survival, and political empowerment. Japan’s is the worst record among all advanced economies.

As for the representation of female politicians, Japan ranks 164th out of 193 countries−the lowest among developed countries in 2020. Currently, female lawmakers occupy only 10 percent of Japan’s House of Representatives, which is much lower than the global average of 25 percent. This result is even worse than certain developing countries, such as Niger, Liberia, and even North Korea. 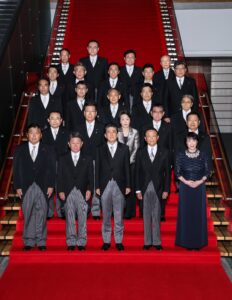 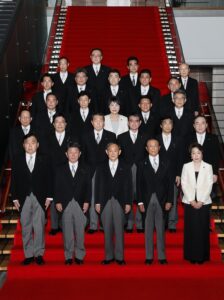 Abe’s “womenomics” policy (2014) was the very first step for Japan to tackle gender inequality. The policy mainly focuses on women’s participation in the workforce and support in childcare. Despite the Gender Equality Bureau Cabinet Office’s initiatives, we have yet to see a drastic improvement in gender equality. While women’s empowerment has made little progress so far, the public attention to gender inequality is steadily increasing. Even still, traditional stereotypes around women remain deeply rooted.

One reply on “What Will and Will Not Change in Japan: Part 2”