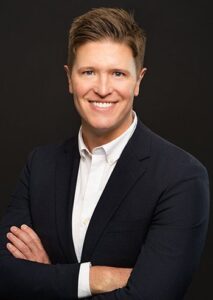 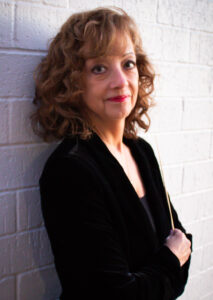 Suzanne M. Pence is Associate Professor of Music and Human Learning and Interim Director of Choral Activities, at The University of Texas at Austin where she has been teaching since 1996.  Dr. Pence is the conductor of the UT Concert Chorale, and has previously conducted the Women’s Chorus and the Choral Arts Society.  She teaches undergraduate conducting, choral arranging, secondary choral methods, supervises student teachers in secondary choral music education, and teaches graduate courses in choral music education.

Under Pence’s direction, the Concert Chorale has toured throughout the southern United States, performed for the regional conference of the Southwest American Choral Director Association, and performed in New York at Carnegie Hall.  From 2003-2007, Dr. Pence held the administrative position of Director of Undergraduate Studies for the Butler School of Music, and from 2007-2012 she served the School as Director of Admissions, responsible for organizing recruitment and admission activities for both graduate and undergraduate students.

Dr. Pence held the position of Director of Choral Activities at Meredith College in Raleigh, North Carolina from 1994-1996.  She received the DMA in Choral Conducting from the University of Missouri-Kansas City in 1993 where she studied with Drs. Eph Ehly and Charles Robinson.  She holds a Masters of Music Education degree from Wichita State University where she studied with Dr. René Clausen and a Bachelor of Music Education degree from Millikin University in Decatur, Illinois where she studied with Richard Hoffland.  Before pursuing the DMA, Dr. Pence was Director of Choral Music at Neosho High School in Neosho, Missouri for six years.  She has enjoyed over 30 years of experience as a Director of Music in various protestant churches throughout the United States.  Dr. Pence is active as an adjudicator and clinician/festival conductor throughout the country, and has been an invited conductor with the MidAmerica Productions Choral Festivals at Carnegie Hall.  She is a member of MENC, TMEA ACDA, and TCDA.  She has served ACDA as the College/University R&S Chair.

Cody S. Parrott is a native Texan and a product of an extensive line of fine Texas Music Educators. He joined the Butler School of Music Choral Department in 2021 as a Doctoral Student in Choral Conducting after 13 years of secondary teaching in Texas public schools. Choirs under his direction have earned performance invitations at prestigious venues such as the Washington National Cathedral, St. Vincent DePaul Parish in Chicago, and St. Andrew’s Cathedral in Honolulu and have been recognized at festivals including Performance of Distinction at the AMC Madrigal & Chamber Choir Festival as well as First Runner Up and Third Runner Up at the AMC Celebration of Excellence Competition in Houston, TX. In addition to competitions and performance invitations with his own choirs, he has served as featured clinician for others’ students in TMEA All-Region Choirs as well as Elementary Choral Festivals in the State of Texas.

Cody continues to maintain a passion for classical singing and performing opera, oratorio, and in recital. His singing career has taken him to opera companies and concert venues in New York, New Jersey, Illinois, Florida, Georgia, California, New Mexico, Washington, D.C., Texas, Italy, France, Austria, and the United Kingdom. Some of his stage credits include the roles of Arturo in the Donizetti masterpiece Lucia di Lamermoor, Ferrando in Mozart’s Cosi fan tutte, Captain Macheath in Britten’s The Beggar’s Opera, Joe Brennan in the Florida premier performance of Richard Wargo’s Ballymore, Tamino in Mozart’s Die Zauberflöte, Belmonte in Mozart’s Die Enfurüng aus dem Serail and the title roles in Massenet’s Werther and Gounod’s Romeo and Juliet.

Mr. Parrott holds a Master of Music degree in Vocal Performance and Pedagogy from the Frost School of Music at the University of Miami, and a Bachelor of Arts in Music with concentrations in Vocal Performance and Music Education from the University of St. Thomas in Houston, TX. He has been a presenter with the Texas Choral Directors Association as well as a past Section Leader for the TMEA All-State Tenor/Bass Choir. Cody is an active participant, clinician, and adjudicator in state-wide UIL, TMEA, and TAPPS contests, and holds professional memberships with TMEA, TMAA, TCDA, the American Guild of Organists, and the National Association of Teachers of Singing. 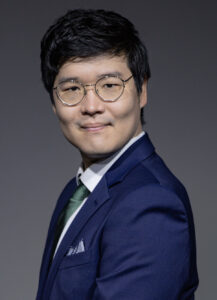 Choongwoo (Steve) Ko is beginning his Doctor of Musical Arts in Choral Conducting at the Butler School of Music at the University of Texas at Austin after several years teaching in Florida schools. Ko holds the Master of Music in Choral Music at the University of Southern California, where he studied with Drs. Jo-Michael Scheibe, Nick Strimple, Cristian Grases, and Tram Sparks. He holds a B. S. in Electrical Engineering from the University of Michigan-Ann Arbor, where he first performed major choral-orchestral works with Dr. Jerry Blackstone. Following his passion in music, Ko earned a second bachelor’s degree, in music, at Eastern Michigan University in Ypsilanti, Michigan. At EMU, he studied voice with Dr. MeeAe Cecilia Nam, piano with Dr. Hyun-jin Lim, and conducting with Dr. Beth Everett and Mary Schneider. Ko also has studied conducting with Drs. Jerry Blackstone, Eugene Rogers, Simon Carrington, Rodney Eichenberger, Jamie Hillman and Hilary Apfelstadt. Ko holds his teaching certificate in K-12 vocal music in the State of Michigan and Florida and from ACSI.

As a vocalist, Mr. Ko performed as countertenor and tenor soloist on Baroque cantatas and oratorios and choral masterworks with numerous church choirs, including First Presbyterian Church Ypsilanti, Ann Arbor Hope Church, and St. James United Church of Christ. Also, Mr. Ko has performed German Lieder, American Art Songs, and Korean sacred music. As a choral singer, Mr. Ko performed as an ensemble member with various choirs, such as the University of Michigan Choral Union, and Chamber Choir at EMU, and Chamber Singers at Thornton School of Music at USC. He has sung under the baton of Hans Graf, Peter Oundjian, Jeffrey Kahane and many others. As a member of USC Thornton Chamber Singers, Ko sang at the American Choral Directors’ Association 2015 National Convention in Salt Lake City under the direction of Dr. Jo-Michael Scheibe.

Ko is also a prolific composer. He composes based on his biculturalism, his Christian faith, and his choral music education emphasis. As a composer, Ko has published his composition through Seoul Chorus Center in South Korea since 2021. His composition teacher includes Dr. Morten Lauridsen, Profs. Hyowon Woo, Byunghee Oh, and Hyunchul Lee. Many of his compositions were premiered by Keswick Christian School Concert Choir while he was teaching. Ko is also actively giving online seminars about American choral music and choral music education through Choral Composition Academy at Seoul Chorus Center. 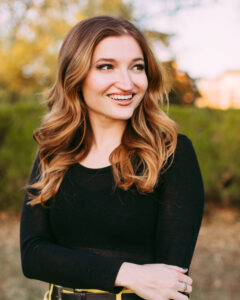 Chris Vineis is pursuing the Master of Music degree in Choral Conducting at the Butler School of Music where she studies conducting with Dr. JD Burnett and Suzanne Pence. Chris is the current music director at the Church at Highland Park. Chris has worked with many youth choirs, including the Conspirare Youth Choir and OSU Youth Choir. At OSU, Chris served as a soprano section leader for two years, where she directed rehearsals and sectionals with their top choir, Concert Chorale. She was a frequent featured soloist in recordings with Concert Chorale and the Spirit of OSU Jazz Ensemble. Chris, who has been described as a lyric coloratura soprano, toured Austria and Germany with the OSU Concert Chorale and sings with the professional ensemble New American Voices. She received her bachelor’s degree in Music Education with a vocal emphasis from Oklahoma State University where she studied conducting and private voice with famed American composer and conductor, Z. Randall Stroope. In addition, she received Kodály certification at the University of Oklahoma. 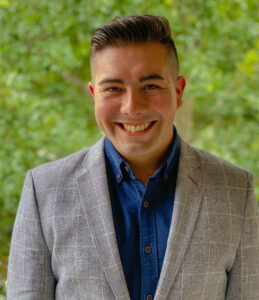 Michael Follis is pursuing a Master of Music in Choral Conducting at the Butler School of Music. He returns to the Forty Acres having completed his Bachelor of Music in Voice Performance in 2020 where he studied voice and conducting with Drs. Cynthia Morrow and Suzanne Pence, respectively. During his undergraduate career, Michael was an active member and section leader in Texas Choirs and regularly performed with the University of Texas Chamber Singers, Concert Chorale, and as a soloist in the Bach Cantata Project under Dr. Jim Morrow. Additionally, he served as the first ever student director in the 60 year history of the Longhorn Singers. Michael is the founder and director of the Southwestern Chorale, a collegiate-level ensemble in his hometown of Katy, Texas.

Michael served as Instructor of Voice and Associate Director of Choirs at East View High School in Georgetown, Texas for two years. Students under his direction have earned sweepstakes awards at UIL Concert and Sightreading, received placement in TMEA All State Choirs, and been awarded superior ratings at Texas State Solo & Ensemble Contest. In 2021, Follis was named Director of Music Ministries at Shepherd of the Hills Christian Church in Austin, Texas where he oversees the Chancel and Handbell Choirs. Prior to his appointment at Shepherd of the Hills, he served as section leader in several professional church ensembles in the Austin area including St. Louis King of France Catholic Church and University Christian Church.

Aside from being a choral conductor, Michael continues to be an active performer in the Central Texas choral music scene. He regularly sings in a number of professional ensembles including the Ars Longa Ensemble, San Antonio Chamber Choir, Texas Bach Festival Chorus, Austin Cantorum, and Inversion Ensemble. Follis was also selected to sing and conduct at the Yale School of Music’s Norfolk Chamber Music Festival under world-renowned conductor Simon Carrington.