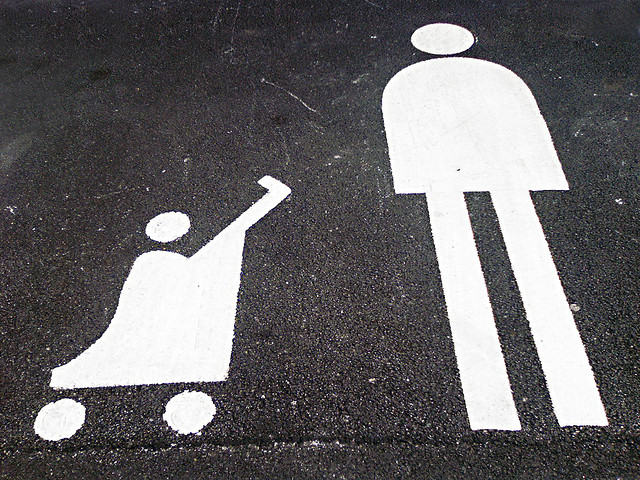 According to recent census figures, 6 percent of married couple families with children live in poverty, compared to 33 percent of families headed by single moms. To many, the conclusion seems obvious. Marry off those single moms and they reduce their risk of poverty by a factor of more than 5, right? Plus, their children will do better in a two-parent family.

It’s not quite that simple, according to a new analysis to be released by researchers affiliated with the Council on Contemporary Families. Social scientists Stephanie Coontz, Professor of History and Family Studies at The Evergreen State College and Nancy Folbre, Professor of Economics at the University of Massachusetts, Amherst, find that lack of marriage is sometimes a symptom rather than a root cause of poverty, and that encouraging people to marry without giving them long-term support systems may do more harm than good.

The report, “Marriage, Poverty, and Public Policy,” was prepared for the fifth annual conference of the Council on Contemporary Families, held at Fordham University in New York from April 26-28, 2002. The conference, “Uncharted Territory: Raising Children in a New World,” was devoted to assessing the wellbeing of American children and the challenges of parenting in a world where the status of marriage is in flux and supports for parenting are eroding.

“The idea that lack of marriage causes poverty contains an important kernel of truth,” says Coontz, “because married people can pool income and share childcare more effectively than single or separated parents. But a kernel of truth does not make a balanced meal, especially when it is puffed up into the equivalent of movie theatre popcorn and drenched with artificial, unhealthy ingredients such as the myth that any two-parent family is better than one, or that stable marriages can be formed and sustained if we just give people a sprinkling of premarital counseling.”

Coontz and Folbre report that men who become unwed fathers are more than twice as likely as married fathers to be unemployed and to have physical or psychological problems that interfere with their ability to hold a job. They are far less likely than other men to form and sustain stable relationships, while men who have stable jobs tend to seek mates who also have higher educational levels and earnings potential.

“Very few men decide to get married because they want to rescue a woman from poverty,” says Coontz. “Women with few skills and poor education are therefore quite disadvantaged in the marriage market. Giving women more education and job training would make them more marriageable while also improving their ability to support their children if they remain unmarried.” Coontz and Folbre point out that college-educated single mothers who work full-time actually have poverty rates lower than the national average.

Coauthor Nancy Folbre suggests that politicians are naive about the realities of impoverished mothers’ lives. “Often,” she explains, “impoverished women have more than one child by different fathers. Which father should she marry, and what plans does government have to help her stabilize a complicated blended family?” Folbre points out that the high risk of divorce in modern America is magnified among couples who face economic stress. “A marriage that ends in divorce after a few years does not help children economically and may harm them emotionally more than stable residence in a single-parent family.”

Conclusions:  The report offers several conclusions regarding what government should and should not do. Public policy should eliminate disincentives or penalties for marriage, and investigate ways to help couples form and sustain relationships.

Such policies, however, should not be confused with an antipoverty program, or divert money from welfare programs. Nor should government offer special incentives to get couples married. The authors cite research showing the dangers of encouraging women to enter a marriage that may be marked by high conflict, drug abuse, or paternal disengagement.