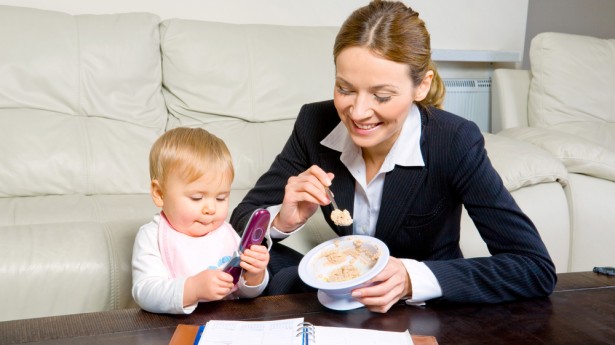 Recent media reports claim that mothers are increasingly “opting out” of employment to stay home with their families. But according to a new study released by the Council on Contemporary Families and the Center for Economic and Policy Research, the 20-year trend has been in exactly the opposite direction. Mothers are only half as likely to opt out of employment because of their children as they were in 1984. Contrary to conventional wisdom, highly educated mothers are MORE likely to be in the labor force than women with less education or less demanding careers.

In the past two years, several prominent newspapers and magazines have all featured articles claiming that there is an “opt out” revolution among mothers who decide to abandon their careers to be stay-at-moms. The message is that after decades of mothers moving into the workplace, today’s women are tired of trying to “have it all” and are leaving the workforce. If you are an employer and are worried about whether your employees are thinking about leaving, you should ask yourself the question of Is my employee unhappy? If they are then you may be able to implement some changes to prevent that from happening.

This must be an attractive message to some editors, since it’s been making the media rounds since the late 1980s. But it turns out not to be true. The labor force participation rate of mothers has, indeed, fallen in recent years, but that’s actually because of protracted weakness in the labor market. In fact, mothers are now less likely to quit their jobs because of their children than even a few years ago.

What’s behind the misconception about working mothers?

At first glance, the opt-out stories seem compelling because they appear to explain recent declines in mothers’ labor force participation rates. It is true that fewer mothers were either at work or searching for work in 2004 than in 2000. However, between 2000 and 2004 participation rates fell not only for mothers, but also for childless women, childless men and fathers. By 2005 there were 4.8 million fewer men at women at work than would have been in the economy were doing as well as it was in 2000 — and the majority of those who left the labor market were men.

In contrast to earlier recessions, women were especially hard hit by the rise in unemployment since the recession of 2001, but this applied to childless women as well as to mothers, suggesting that maternal “opt-out” was not the primary cause of recent labor market shifts. In fact, the impact of having children in the home on the likelihood that a woman will leave the workforce has become progressively smaller over the past two decades.

Weakness in the labor market

Since the recession of 2001, the labor market has been weaker than it was during the late 1990s. This led to sustained job losses for all women – whether or not they had children at home. The labor market did not return to its pre-recession employment level until January 2005. During this recession, women suffered their largest employment losses in decades. But when we factor in these layoffs, we find that the presence of children at home plays a smaller role in determining women’s labor force participation than it did in previous years. Mothers were much more likely to “opt out” of employment in 1984 than in 2004.

Perhaps we can find a kernel of truth in these opt-out stories if we look at women with a graduate degree. Labor force participation for highly-educated women did drop from 1993 to 2004. Part of this may be due to some women choosing to cut back or quit their demanding careers, perhaps for family reasons, or perhaps just because the huge income gains for highly-educated men in this period (income gains that have continued at the very top of the income distribution even since the recession) made it unnecessary for both partners to work the long hours that are now standard in high-powered careers.

But this “kernel” of truth turns out to be more like a stray husk: Among highly-educated women aged 25 to 45, the effect of having children on women’s labor force participation rates has been negligible since 1984, and remains so today. So recent small changes in the behavior of some highly-educated women do not change the big story: The more highly educated a woman, the more likely she is to be in the labor force, despite the slight dip from 1993 to 2004. And for both college-educated and high school-educated women, the trend has been for mothers to become less likely, not more likely, to leave the labor force because of having children.

Disproportionate female job losses in the recession of the early 2000s made it appear that women- especially women with children-were opting out of employment. The slow labor market recovery adversely affected women’s labor force participation, leading to the illusion in the raw data that children have caused women to “opt out.”

It is true that mothers are still more likely than fathers to stay home with a sick child or take a year or two off to care for a new baby. But this is changing. Women are less likely to leave the labor force today because they have children than they were two decades ago. This is a significant change in women’s employment patterns and one that indicates that there is a revolution going-not an opt-out revolution, but an opt-in revolution.

All this is not to say that the increasing involvement of mothers in the workforce has not been stressful, for both women and men. Unfortunately, U.S. public policy still lags far behind that of other industrial nations, which provide far more generous family leave and flexibility benefits. (For an international comparison of family leave policies and other social supports for families, see Family Policy in the US, Japan, Germany, Italy and France). As long as these backward social policies prevail, both mothers and fathers will try to cobble together stop-gap solutions to their work-family conflicts. But it is time to cease kidding ourselves that the stress of balancing work and family life will be solved by some non-existent trend of mothers leaving the workforce.

This issue brief is based on the report “Are Women Opting Out? Debunking the Myth,” by Heather Boushey (2005), which analyzes data from the Current Population Survey Outgoing Rotation Group files, a nationally representative survey conducted by the Bureau of Labor Statistics.