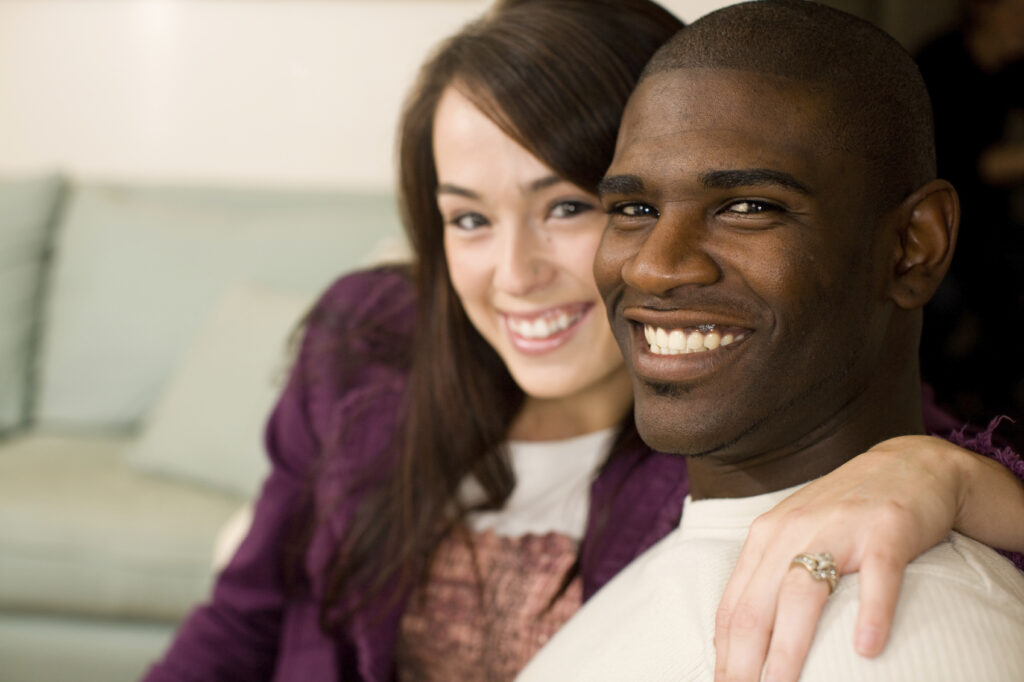 Prior to 1970, the overwhelming majority of all couples were same-race married couples. Couples who lived together outside of marriage, whether heterosexual or same-sex, were practically invisible. Inter-racial marriages were extremely rare. In fact, until 1967, many states in the US had laws against interracial marriage. In Virginia, for example, all nonwhite groups, including blacks, native Americans, and Asians, were prohibited from marrying whites. Even in states that never had laws against racial intermarriage, such as Illinois and New York, racial intermarriage was rare before the end of the 1960s.

Since 1970 there has been a steady increase in all types of nontraditional romantic unions. The number of same-sex couples living together openly has climbed significantly, while the number of heterosexual unmarried cohabiting couples has soared, from 3.1 million in 1990 to 4.6 million in 2000 to 5.2 million in 2005. This paper, however, focuses on the rise of inter-racial or intercultural marriages between whites and Asians, non-Hispanic whites and Hispanics, and between whites and African-Americans, the kinds of marriage that were illegal in many states prior to 1967.

State laws prohibiting interracial marriages were finally struck down in the Supreme Court’s 1967 Loving v. Virginia decision. Yet such marriages continued to be very uncommon well into the 1970s. In 1970, less than 2% of married couples in the US were interracial. By 2005, the number of such marriages had risen almost fourfold, with interracial couples representing 7.5 percent of all married couples. Although this percentage may seem small, it is a dramatic increase over several decades, and many signs point to it accelerating in the future.

Why are we seeing more interracial and intercultural marriages?

The Role of Immigration

Some of the rise in racial intermarriage since 1970 is due to immigration, which has increased the racial diversity of the US since 1965. Hispanics and Asians are the predominant groups among the new immigrants, and because neither Asians nor Hispanics are residentially segregated to the extent that blacks in the US historically have been, Asians and Hispanics have substantial opportunity to socialize with members of other racial groups. The increased numbers of these immigrants have contributed to the rise in intermarriage between Hispanics and non-Hispanic whites, and the rise in intermarriage between Asians and whites.

The rise in black-white marriages cannot be due to immigration. One cause is improvement in race relations. Despite continued residential segregation and enduring prejudices, the post Civil Rights era has led to more socialization between blacks and whites, and to more intermarriage. Polls show that the percentage of Americans who want interracial marriage to be illegal has declined precipitously since the early 1970s, and there is much higher acceptance of inter-racial unions than at any time in the past 200 years.

Rising Age of Marriage as a Cause of Increased Interracial Marriage

A second factor in the increase in interracial marriages is the rising age of marriage. Age at first marriage is substantially later than it ever has been in US history. In the 2005 American Community Survey (ACS), half of US- born women age 26.5 and half of US-born men age 28.2 had never been married. This is considerably higher than in any other historical period.

As young adults postpone settling down to start their own families, they have greater exposure to different kinds of potential partners. Young adults in their 20s spend time going to college, traveling, working, and encountering a broader diversity of potential mates. Later age at marriage also makes it more difficult for parents to veto or even influence their children’s choice of mates. Sure enough, among people married in the same calendar year, later age at marriage is associated with higher rates of interracial marriage. And second marriages are more likely to be interracial than first marriages.

What Nontraditional Unions Tell us about American Society

On the issues faced by couples and families in interracial and intercultural marriages, contact Kerry Ann Rockquemore, Professor of African-American Studies and Sociology, University of Illinois at Chicago: rockquem@uic.edu, 312.996.4694.

On the issues faced by couples and children from interracial marriages and the similarities/differences in the experiences of same-sex couples and interracial couples, contact Brian Powell, Professor of Sociology, Indiana University: powell@indiana.edu, 812.855.7624.

On transracial adoption and persons who are both transracially adopted and multiracial, contact Gina. M. Samuels, Assistant Professor at the School of Social Service Administration, University of Chicago: gmsamuels@uchicago.edu, 773.834.2163.