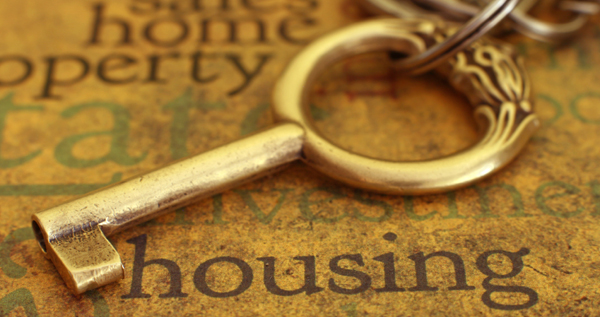 Forty-seven years ago, on November 20, 1962, President Kennedy signed Executive Order 11063, prohibiting federally-funded housing agencies from denying mortgages to any person based on their race, color, creed or national origin. Kennedy was fulfilling a campaign promise to make “one stroke of the pen” that would allow millions of black American children “to grow up in decency.”

Many strokes of many other presidents’ pens followed, including the 1964 Civil Rights Act, the 1968 Fair Housing Act, the 1975 Home Mortgage Disclosure Act, and the 1977 Community Reinvestment Act. Yet for more than 30 years after Kennedy’s order, whites were much more likely to receive home mortgage loans than blacks with the same qualifications. As late as 1996, the Federal Reserve Board of Boston found that even when two mortgage applicants were financially identical, a minority applicant was 60 percent more likely to be rejected than a comparable white applicant.

Starting around 1995, however, there were dramatic signs of change. Home ownership rates for minorities started rising rapidly enough to close some of the historic gap between minorities and whites. By 2005, 56.2 percent of Hispanics and 49.4 percent of blacks owned their own homes — still lower than the 76.1 percent home ownership rates of non-Hispanic whites, but an all time high for these historically disadvantaged groups.

Much of this growth was due to heightened use of the Community Reinvestment Act, which encouraged depository institutions to meet the needs of borrowers in all segments of their communities consistent with safe and sound banking practices. In the 1990s, citizen groups and governmental entities increasingly used the CRA to pressure lenders to reach out to qualified borrowers who had been underserved in the past. As a result, some traditional lenders expanded their outreach efforts to minority markets, sometimes offering not only loans but home ownership programs that helped borrowers improve and manage their credit.

Today, however, there are some who argue that government efforts to promote minority home ownership caused our current economic crisis, forcing banks to lend to unqualified buyers and eventually pulling all homebuyers down. This is a misconception that could hamper future efforts to help families find secure, affordable housing.

The CRA has never required that lenders make unsound loans. Indeed, studies by the Federal Reserve Board show that the CRA has promoted safe and profitable lending to low-income markets that were underserved in the past. These studies also show that CRA-related loans to low-income borrowers have had significantly lower foreclosure rates than loans made by independent mortgage companies not covered by the act.

It was not government regulation that paved the way for the current crisis in housing but government deregulation, which increased the range of products and services that banks and other financial institutions could offer, eliminated interest rate ceilings, and greatly expanded the geographical areas in which individual companies could operate. As a result, the banking industry became far more competitive, attracting new investors, speculators, and financial institutions. There were some positive results of such competition, of course, but there were also some very negative ones. The proportion of loans that were subject to the requirements of the CRA and other regulatory safeguards decreased.

Historically, there had been more or less only one mortgage rate for all borrowers. A borrower was either granted a loan at that rate, or the loan was denied. Starting in the 1990s however, as new lenders proliferated, borrowers who feared they could not get a conventional loan often found that subprime lenders would give them home loans, though at less favorable terms than traditional banks and with higher interest rates. Partly because of neglect by traditional lenders and partly because of the intense marketing efforts subprime lenders made in low income and minority neighborhoods, minorities were especially likely to end up with higher priced loans – even though as many as half of subprime borrowers had credit scores that would have qualified them for lower-cost conventional loans.

Meanwhile, the climate encouraged by deregulation and speculation led to the development of several other new and risky practices targeted toward both higher-income and lower-income borrowers alike. These included no-doc loans, where borrowers were not required to provide proof of income, and interest-only loans, where the principal was not paid down. Further encouraging irresponsible behavior by lenders was the fact that the maker of a loan often did not have to bear the consequences if that loan defaulted. By selling and reselling loans, lenders could collect fees and then pass the risks posed by questionable lending off to others.

Many of these practices were based on the assurances of financial “experts” and speculators that housing prices would continue to rise. When these assurances proved wrong, and when unemployment rates more than doubled, the current economic crisis developed.

And that crisis is a major threat to the American dream, not just for minorities but for everyone.

It would be tragic if the economic problems caused by irresponsible lending practices caused us to abandon efforts to end discrimination against minorities and to increase residential security for all Americans. New home ownership can still be encouraged by fair interest rates and by programs designed to help people manage their finances. For those who cannot or should not become homeowners, the provision of quality affordable rental housing should be a top priority. Children, families, and communities all fare better when neighborhoods have a stable core of residents who take pride in their homes and have hope for their future.

For information on how the physical and mental health of low-income parents and their children are further compromised by the current economic crisis and on the impact of the housing crisis on families, contact Linda Burton, James B. Duke Professor of Sociology, Duke University, at lburton@soc.duke.edu or 919.660.5609.

For the social-psychological effects of income loss, unemployment, and housing insecurity on marriage and children, contact Dr. Joshua Coleman, psychologist and Co-Chair, Council on Contemporary Families, at drjoshuacoleman@comcast.net or 510.547.6500.

Massey, Douglas S., and Nancy A. Denton. 1993. American Apartheid: Segregation and the Making of the Underclass. Cambridge: Harvard University Press.

Medine, David. 2000. “Prepared Statement of the Federal Trade Commission Before the House Committee on Banking and Financial Services on Predatory Lending Practices in the Subprime Industry, May 24, 2000.” Retrieved November 16, 2009 (http://www.ftc.gov/os/2000/05/predatorytestimony.htm).